Close
Sonny Terry & Brownie McGhee
formed January 1, 1941 - January 1, 1975 (age 34)
Biography
The joyous whoop that Sonny Terry naturally emitted between raucous harp blasts was as distinctive a signature sound as can possibly be imagined. Only a handful of blues harmonica players wielded as much of a lasting influence on the genre as did the sightless Terry (Buster Brown, for one, copied the whoop and all), who recorded some fine urban blues as a bandleader in addition to serving as guitarist Brownie McGhee's longtime duet partner.

Saunders Terrell's father was a folk-styled harmonica player who performed locally at dances, but blues wasn't part of his repertoire (he blew reels and jigs). Terry wasn't born blind, he lost sight in one eye when he was five, the other at age 18. That left him with extremely limited options for making any sort of feasible living, so he took to the streets armed with his trusty harmonicas. Terry soon joined forces with Piedmont pioneer Blind Boy Fuller, first recording with the guitarist in 1937 for Vocalion.

Terry's unique talents were given an extremely classy airing in 1938 when he was invited to perform at New York's Carnegie Hall at the fabled From Spirituals to Swing concert. He recorded for the Library of Congress that same year and cut his first commercial sides in 1940. Terry had met McGhee in 1939, and upon the death of Fuller, they joined forces, playing together on a 1941 McGhee date for OKeh and settling in New York as a duo in 1942. There they broke into the folk scene, working alongside Leadbelly, Josh White, and Woody Guthrie.

While Brownie McGhee was incredibly prolific in the studio during the mid-'40s, Terry was somewhat less so as a leader (perhaps most of his time was occupied by his prominent role in Finian's Rainbow on Broadway for approximately two years beginning in 1946). There were sides for Asch and Savoy in 1944 before three fine sessions for Capitol in 1947 (the first two featuring Stick McGhee rather than Brownie on guitar) and another in 1950.

Terry made some nice sides in an RB mode for Jax, Jackson, Red Robin, RCA Victor, Groove, Harlem, Old Town, and Ember during the '50s, usually with Brownie close by on guitar. But it was the folk boom of the late '50s and early '60s that made Brownie and Sonny household names (at least among folk aficionados). They toured long and hard as a duo, cutting a horde of endearing acoustic duet LPs along the way, before scuttling their decades-long partnership amidst a fair amount of reported acrimony during the mid-'70s. ~ Bill Dahl, Rovi 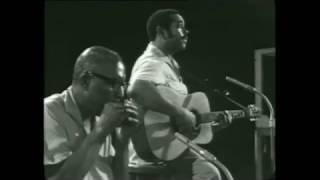 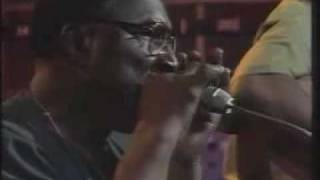 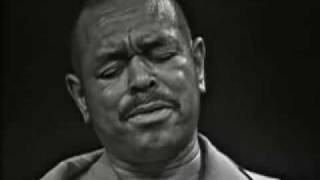 Sonny Terry & Brownie McGhee- Born And Livin' With The Blues 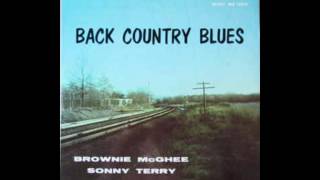 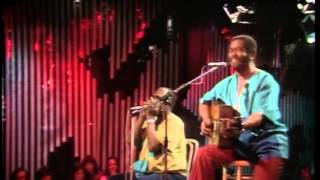