Close
Abigail Washburn
from Evanston, IL
November 10, 1977 (age 43)
Biography
Clawhammer banjoist Abigail Washburn is a celebrated singer, songwriter, writer, and lecturer. Her music, while firmly grounded in American folk and bluegrass, pursues and integrates traditions and sounds from across the globe -- most notably China -- to forge a sound at once strangely familiar yet wholly original, from her beginnings with feminist string band Uncle Earl and her bilingual solo debut, Song of the Traveling Daughter in 2005, to 2008's "chamber roots" debut from Abigail Washburn and the Sparrow Quartet (whose members include her husband, banjoist Béla Fleck, violinist Casey Driessen, and cellist Ben Sollee). 2011's Tucker Martine-produced City of Refuge, co-written with Kai Welch and featuring Wu Fei (her bandmates in the trio Wu Force), wed Appalachian mountain music and folk traditions from the British Isles and Asia, along with jazz, rock, and pop. She and Fleck won a 2016 Grammy for Best Folk Album for their self-titled duo outing, and followed it with Echo in the Valley a year later.

Washburn was born in Evanston, Illinois, and spent her elementary and junior high school years in a suburb of Washington, D.C. After attending high school in Minnesota, she enrolled at Colorado College, where she was the school's first East Asian studies major. She sang backup in local bar bands, but otherwise held no musical ambitions. She learned Mandarin during the summers in intensive programs at Middlebury College, Vermont, and visited China in 1996 for the first time. Washburn returned in 1999 with the goal of getting her law degree and practicing international law in Beijing to improve U.S.-Chinese relations. She picked up Mandarin faster than she imagined possible, and on that second trip, fell in love with Chinese culture. Wanting to bring something of her own country to China, she bought a banjo and learned, via a beloved teacher, many Chinese songs and poems that she transposed for the instrument. She also decided to explore the rich heritage of folk and bluegrass music. Mastery of the instrument took years. There were extended periods where she didn't touch the banjo. After returning to Vermont, and working as an activist, she was asked by her friends the Cleary Bros. Band to tour with them. They had lost their banjo player before a tour of Alaska. Blowing the dust off her instrument, Washburn began a crash course in learning to play well enough to sit in, and she eventually joined the Cleary Bros. Band.

Performing fit like a glove, and soon she was assuming lead vocals with the group as well. After the tour, Washburn decided she wanted more of the musical life. She moved to Nashville, where she continued banjo studies and began to write songs. In 2004, she met Jingli Jurca, who would help her write her first song in Chinese, as well as K.C. Groves, a founding member of the old-timey string band Uncle Earl. Washburn joined the second incarnation of Uncle Earl and appeared on the group's 2005 album She Waits for Night. Keeping her solo options open, Washburn then entered her song "Rockabye Dixie" into the Chris Austin Songwriting Contest at MerleFest. The tune took second place and attracted the attention of Nettwerk Records.

After signing with the label, Washburn played a mini-tour of China before returning home to record her debut with such accomplished musicians as Béla Fleck, Jordan McConnell of the Duhks, and Ryan Hoyle of Collective Soul. The resulting Song of the Traveling Daughter appeared in 2005, and Washburn returned to the Asian continent to tour as part of the Sparrow Quartet (comprised of Fleck, fiddle virtuoso Casey Driessen, and cellist Ben Sollee). The U.S. government sponsored the tour, making Washburn the first musical artist to receive such an honor. The Sparrow Quartet explored a blend of Eastern and Western folk traditions on their 2008 effort Abigail Washburn the Sparrow Quartet.

In 2010, Washburn, trumpeter and composer Kai Welch, and Chinese-born zither player Wu Fei met in a Beijing apartment and created the Wu Force trio simply by playing and conversing and improvising together. Their music defies genre, and draws on influences that range from pop and garage rock to traditional Chinese classical music and Appalachian folk. They learned to adapt to one another's diverse sounds, discovering during this process that they were all wary of trends in globalization, urbanization, and technology. In January 2011, Washburn released her third effort, issued on Rounder; entitled City of Refuge, it was produced by Tucker Martine (who also played drums on the set) and co-written with Kai Welch. Its cast of featured guests included Bill Frisell, Jeremy Kittel, Viktor Krauss, and Kenny Malone.

At the end of the year, she completed a month-long tour of China's Silk Road supported by grants from the U.S. Embassy in Beijing. A year later, Washburn, was named a TED fellow and gave a talk at 2012's TED Convention, entitled "Building U.S.-China relations...by Banjo." In March 2013, she was commissioned by New York Voices and the NY Public Theater to write and debut a theatrical work titled Post-American Girl, which draws from her 17-year relationship with China and addresses themes of expanding identity, cultural relativism, pilgrimage, the universal appeal of music and opening the heart big enough to fold it all in. Washburn was named the first U.S.-China Fellow at Vanderbilt University.

After a global tour and the birth of their son, she and Fleck realized a long-held dream: to record a collaborative album. The self-titled set contained originals, traditional songs, and a thorough reimagining of Béla Bartok through a medley comprising two sections of the composer's "For Children" and "Children's Dance." The album was released by Rounder in October 2014 and took home the Grammy Award for Best Folk Album the following year.

In 2017, Washburn and her husband collaborated with dance theater troupe Pilobolus on Echo in the Valley, an original work commissioned by the American Dance Theater. The title, as well as some of the material, adorned Washburn and Fleck's second duo offering. The album features the pair performing on seven different banjos "ranging from a ukulele to an upright bass banjo." With an emphasis on three-finger and clawhammer styles, the arrangements reflect the necessity of being performed live. Outside of a few adaptations of traditional tunes, including Clarence Ashley's "My Home's Across the Blue Ridge Mountains" (transformed into a blues here) and a studio recording of their oft-played live medley "Sally in the Garden"/"Molly Put the Kettle On," the remainder of the material was co-written by Washburn and Fleck and reflects various narrative points-of-view and historical and topical concerns. Echo in the Valley was issued in October 2017.

After international touring and writing sessions, as well as having a second child, Washburn returned to recording with Smithsonian Folkways with Wu Fei Abigail Washburn, a collaborative release that sonically blends traditional Chinese and Appalachian folk tunes. ~ Thom Jurek and David Jeffries, Rovi 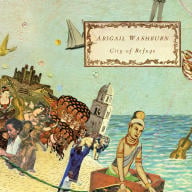 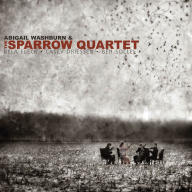 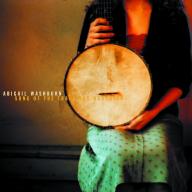 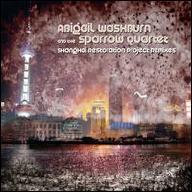 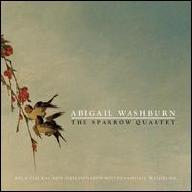 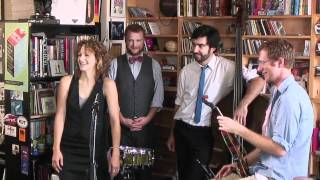 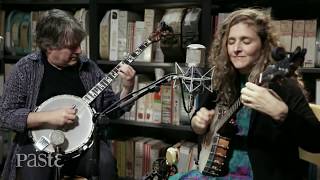 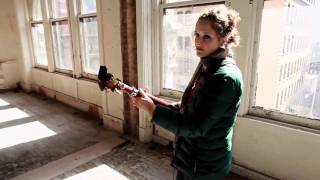 Abigail Washburn - Nobody's Fault But Mine 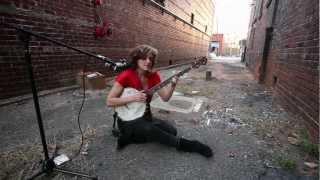 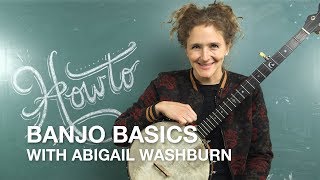 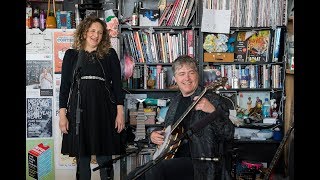 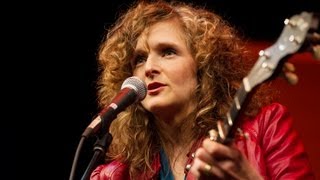