Close
Elizabeth Maconchy
from Broxbourne, Hertfordshire, England
March 19, 1907 - November 11, 1994 (age 87)
Biography
Composer Elizabeth Maconchy was one of the most prominent female composers of the 20th century, creating works that were widely performed and acclaimed. Her set of 13 string quartets, in particular, is considered among the finest contemporary chamber music from the British Isles.

Maconchy (muh-CONG-kee) was born on March 19, 1907, in Broxbourne, in England's Hertfordshire region. Although her family was unmusical and owned neither a radio nor a record player, she settled quite early on a career as a composer. Her father was a lawyer, and she was raised and given basic musical training in Ireland. Maconchy attended the Royal College of Music in London; she was discouraged by the school's director, who told her that if she was given a scholarship, she would simply marry and never write another note, but she was backed by star faculty member Ralph Vaughan Williams, who promoted her early career even though her music little resembled his. She was interested in the music of Janácek and especially Bartók, and at Vaughan Williams' suggestion, she went to Prague for further studies. Her piano concerto was performed there by Erwin Schulhoff, who later died in a Nazi concentration camp. Maconchy also began to find performances in England, but her career was interrupted by a bout with tuberculosis beginning in 1932. Living apart from her husband, historian William LeFanu, in a house on England's southern coast, she began to develop a distinctive style that resembled Bartók's more in its economical focus on rhythms and specific intervals than in any orientation toward folk music. Her works push the boundaries of tonality but never abandoned it.

Maconchy eventually recovered, and she began to compose prolifically, juggling creative time with the demands of marriage and child-raising. At times, she moved out of the family home, but she and her husband never divorced. In the 1940s and 1950s, Maconchy's music was frequently performed in Britain. Her 13 string quartets (one was unnumbered, for the composer feared the number 13) were especially well regarded and covered her entire career, from 1932 to 1983; she remained quite active into old age. Maconchy also wrote a large amount of orchestral music, choral and vocal pieces, and three one-act operas, including The Sofa, based on an 18th century erotic poem. More than 60 of her works have been recorded; her complete string quartets were issued by the Bingham Quartet on the Forum Records label in 2013. The general revival of interest in music by women has led to more frequent recordings and performances of her work in the 21st century. In 1959, she was elected chair of the Composers Guild of Great Britain. Maconchy died in Norwich, England, on November 11, 1994. ~ James Manheim, Rovi 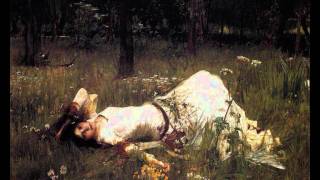 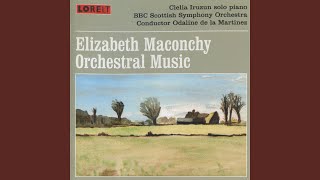 Music for Wind and Brass 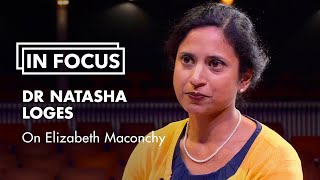 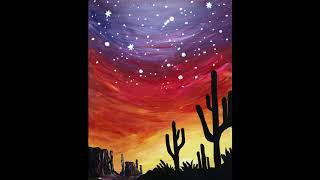 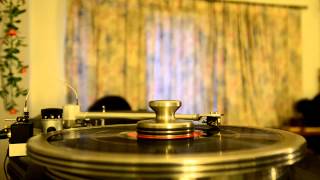 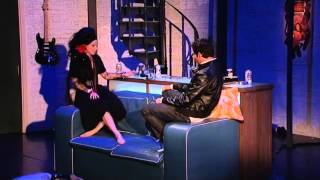 Opening scene from "The Sofa" by Elizabeth Maconchy
Available here: