Close
The Promise Ring
from Milwaukee, WI
formed January 1, 1995 (age 27)
Biography
The Promise Ring are one of the most popular emo bands of the '90s, epitomizing the poppier, more accessible wing of the style. Along with Sunny Day Real Estate, the Get Up Kids, Braid, and Jimmy Eat World, they helped bring emo from the punk underground to a wider indie rock audience in the latter half of the decade. Like the exact definition of emo itself, the Promise Ring's music has evolved in ways that are difficult to pin down completely; starting out as both intricate and visceral, they simplified their sound into more straightforward punk-pop, then dabbled in introspective roots rock before initially splitting up in 2002. Different parts of their fan base have often disagreed about which phase was their best, but their debut 30° Everywhere is usually cited as one of the best emo albums of its era.

The Promise Ring were formed in Milwaukee in early 1995 from the remnants of several other Midwestern emo outfits. Guitarist/singer Davey vonBohlen was still a member of the acclaimed cult band Cap'n Jazz when he started jamming with guitarist Jason Gnewikow (ex-None Left Standing), drummer Dan Didier (ex-Ceilishrine), and bassist Scott Beschta. When Cap'n Jazz disbanded later that year, vonBohlen focused on his former side project full-time. After a one-off debut single on the small Foresight label, Watertown Plank/Mineral Point, the Promise Ring signed with the independent Jade Tree. Their first release was the three-song EP Falsetto Keeps Time, which included the emo classic A Picture Postcard; not long after, they also issued a split 7" with Texas Is the Reason that featured the track E. Texas Ave.

Building a following through touring and word of mouth, the Promise Ring released their debut album, 30° Everywhere, in the fall of 1996. It quickly became an underground sensation, and started to earn the band some attention from indie rock publications. While on a supporting tour in early 1997, the band repackaged and reissued its early singles on The Horse Latitudes. After the tour, they re-entered the studio and recorded their proper sophomore effort, the slightly poppier Nothing Feels Good, which was released later in 1997. Nothing Feels Good expanded the Promise Ring's indie following by leaps and bounds, and received generally good reviews. However, it marked bassist Beschta's last work with the group; he was replaced on the supporting tour by Tim Burton, the onetime bassist for Gnewikow's None Left Standing.

Disaster nearly struck on that tour when the band's van flipped during a snowstorm; most of the members ended up in the hospital, and Gnewikow was in critical but stable condition for a time. Burton, who hadn't been working out anyway and whose arm was broken, was dismissed from the band in early 1998 and replaced by Scott Schoenbeck, who ironically had just formed a post-rock band called Pele with original Promise Ring bassist Beschta. The Promise Ring issued a quick three-song EP, Boys + Girls, in 1998, before finally completing their third proper album, Very Emergency, in 1999. Very Emergency concentrated on the pop side of their punk-pop formula to a greater degree than ever before, and while it was the subject of a backlash among their earlier fans, it continued to build their indie audience and earned some airplay on college radio. Also in 1999, vonBohlen and Didier joined forces in an acoustic-oriented side project band called Vermont, which issued the first of two albums that year.

Following the release of the Electric Pink EP in early 2000, the Promise Ring narrowly averted another tragedy when vonBohlen was diagnosed with a brain tumor. It was surgically removed and fortunately turned out to be benign, although a subsequent infection kept vonBohlen in the hospital and off the road for some time. In the aftermath, the Promise Ring severed ties with Jade Tree in 2001 and signed with Epitaph subsidiary Anti. The following year, they issued their fourth album, Wood/Water, a drastic change of pace whose introspective tone and shimmering atmosphere were indebted to the more recent roots-pop efforts of Wilco. Though their reinvention was generally a critically successful one, the Promise Ring elected to disband in October 2002. Several live reunions have taken place over the years, although no studio recordings surfaced. ~ Steve Huey, Rovi 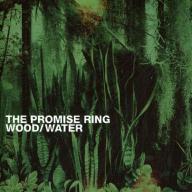 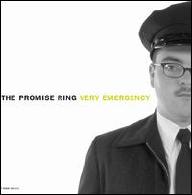 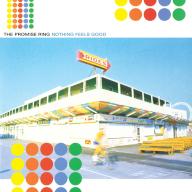 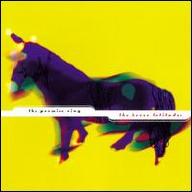 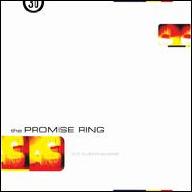 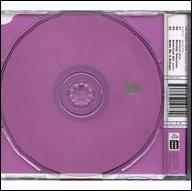 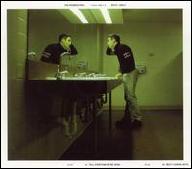 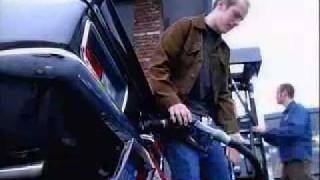 The Promise Ring - "Why Did Ever We Meet" Jade Tree Records 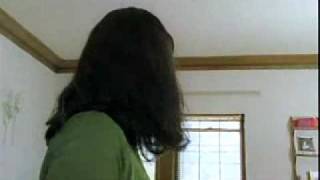 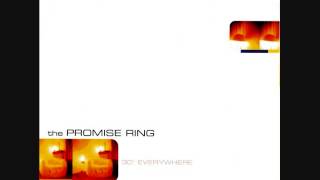 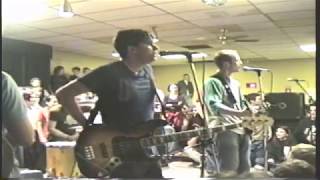 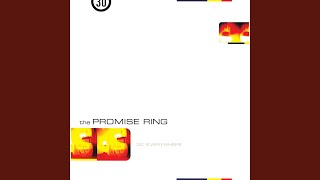 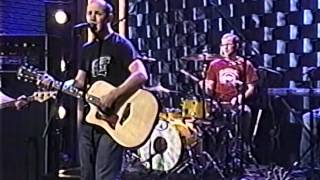 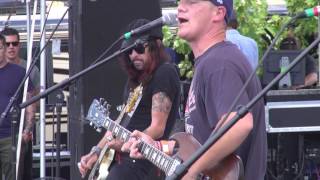 The Promise Ring - Is Thing Thing On?
Available here: