Close
Boy George
from Eltham, Kent, England
June 14, 1961 (age 59)
Biography
The early 1980s were filled with pop stars who seemed larger than life, but very few cut as indelible figure as Boy George. During the heyday of Culture Club -- which lasted from their first hit, "Do You Really Want to Hurt Me," in 1982 until 1984 -- Boy George deftly blended soulful authenticity with knowing artificiality, singing songs inspired by Motown while embracing androgyny. This sly wit was as evident onscreen as it was on record, which is why Culture Club not only became one of the biggest groups on MTV, but why George managed to sustain a long, lasting career following the band's implosion in 1986. The road wasn't easy for Boy George. His initial solo recordings after Culture Club didn't find a wide audience outside of Europe, and he would be occasionally battle drug abuse, but during the '90s he found a secure footing within electronic dance music, recording his own singles and earning a reputation as a DJ that would last into the 21st century. Boy George would also often circle back into the mainstream, scoring a big hit in 1992 with his version of "The Crying Game," which functioned as the theme to the film of the same name, and racking up a host of Tony nominations for Taboo, the 2004 musical loosely based on his life. With this success behind him, he was the rare New Waver who turned into a pop survivor, sustaining a career that alternated between solo work, DJ'ing and reuniting with Culture Club.

Born George Alan O'Dowd in Kent, England on June 14, 1961, Boy George gravitated toward music in the post-punk era. Weaned on glam and inspired equally by Siouxsie the Banshees and Patti Smith, George attended punk clubs in England, making the scene at the Blitz club. Eventually, he gained the attention of Sex Pistol impresario Malcolm McLaren, who found O'Dowd's androgyny compelling. McLaren decided George was right for the fledgling Bow Wow Wow, so he brought him in under the name Lieutenant Lush to Annabella Lwin's Captain Lush. The two didn't mesh, so O'Dowd departed so he could form his own group with bassist Mikey Craig, drummer Jon Moss, and Roy Hay. At this point, he adopted the name Boy George.

Calling themselves Culture Club, the band signed to Virgin and released their debut, Kissing to Be Clever, in 1982. Culture Club quickly became an international sensation, with "Do You Really Want to Hurt Me" reaching number one in the UK, followed by number ones throughout Europe and a peak position of two in the US. Subsequent singles "Time (Clock of the Heart)" and, in North America, "I'll Tumble 4 Ya," kept the band in the Top 10, and Boy George's wit and cross-dressing style made him a superstar. Colour by Numbers, the band's second album, consolidated this success thanks to the hits "Church of the Poison Mind" and "Karma Chameleon," the latter reaching number one in the U.K., Canada, and the U.S.

Culture Club's popularity started to slide with 1984's Waking Up with the House on Fire. Its lead single, "The War Song," reached number two in the U.K. but stalled at 17 in the U.S., Boy George's star remained bright: he made cameos in The Max Headroom Show, The A-Team, and Perfect, a 1985 film set at Rolling Stone magazine. A fourth album, From Luxury to Heartache, appeared in 1986 and while its first single, "Move Away," performed admirably -- peaking at seven in the U.K. and 12 in the U.S. -- the record soon slid down the charts and the band split up.

Tabloid rumors regarding Boy George's health started circulating in the mid-'80s; he would later reveal that he was addicted to heroin during this period, getting treatment in 1986. He regrouped and released his solo debut Sold in 1987. In the U.K., it generated a number one hit in the form of a cover of David Gates' "Everything I Own," but it didn't make waves in the U.S. Over the next few years, Boy George worked constantly, releasing Tense Nervous Headache in 1988 and Boyfriend in 1989; these records only appeared in the U.K. and Europe, with Virgin US deciding to release highlights of both albums as the 1989 compilation High Hat.

Following these three solo records, Boy George founded the label More Protein -- which was a subsidiary of Virgin -- which became home to his new project, Jesus Loves You. Designed to capitalize on underground dance movements influenced by house music and inspired by George's newfound interest in Hare Krishna, Jesus Loves You released its first single, "After the Love," in 1989, with the full-length The Martyr Mantras arriving in 1990. A second album, Popularity Breeds Contempt, was teased with the 1992 single "Sweet Toxic Love," but Virgin scrapped the record after the song underperformed, and the group soon came to an end.

During the Jesus Loves You years, Boy George also hosted a music television show for Power Station, but his mainstream comeback arrived in 1992 via his cover of Dave Berry's 1964 hit "The Crying Game" for Neil Jordan's film sharing the same title. The Crying Game turned into a major hit, winning the BAFTA for Best British Film and receiving six Oscar nominations (it won Best Original Screenplay), and Boy George's version of the title song wound up reaching 22 in the U.K. and 15 in the U.S., reviving his stardom in the process. George responded by pursuing a career as a dance DJ, which kept him anchored in the scene throughout the '90s. He'd cameo on tracks from other artists and release singles himself, scoring occasional dance hits along the way. In 1995, Boy George published a memoir called Take It Like a Man and released the glammy Cheapness and Beauty, which didn't wind up capitalizing on the success of "The Crying Game." A sequel was attempted, but only saw release online in 1999 in the form of The Unrecoupable One Man Bandit, Vol. 1.

Culture Club reunited in 1998, giving a concert for the acoustic-oriented television show VH1 Storytellers Live in May of that year. This performance would be paired that November with a compilation called Greatest Moments, by which time the group had completed a tour. "I Just Wanna Be Loved," a single added to the comp, became a Top 10 hit in the U.K., which spurred the recording of a new album, Don't Mind If I Do. Released in 1999, the album peaked at 64 in the U.K. Another tour followed on the heels of Don't Mind If I Do, culminating with a 20th Anniversary concert at the Royal Albert Hall in 2002, after which the group faded into a hiatus.

During the course of the Culture Club reunion, Boy George worked on the music for Taboo, a stage musical based on the singer's early years on London's club scene. Premiering in the West End in 2002 -- and traveling to Broadway in 2003 -- Taboo earned acclaim and garnered nominations for both productions; George himself got Tony nominations for Best Original Score, Outstanding Lyrics, and Outstanding Music. Boy George recorded acoustic versions of several of Taboo's songs, adding a few older cuts and previously unreleased songs, for 2002's U Can Never B2 Straight, an album that only appeared in the U.K. and Japan.

Adopting the name the Twin, Boy George released a series of electronic dance singles in the first part of the 2000s. During this period, he busied himself with DJ'ing, hosting radio shows, television appearances, and publishing, including a second memoir entitled Straight (2005). In the back half of the 2000s, George once again struggled with drug addiction, with his illness seeping into tabloid headlines around 2005. That year, was arrested in Manhattan for false reporting of a burglary and cocaine possession; the latter charge was dropped but the former lead to a conviction. Another skirmish with the law came in 2008, when he was convicted in London of assault and false imprisonment; he spent four months in prison before being released on probation. Following this turmoil, he released the dance album Ordinary Alien, which was produced by Kinky Roland.

Over the course of 2011, Culture Club rumbled about a 30th Anniversary tour but nothing materialized outside of two concerts. Nevertheless, the wheels were set in motion for new Culture Club work. In 2014, the group announced their reunion, launching an international tour that would commence in earnest in 2015. During the publicity for the tour, the band announced they were working on a new album called Tribes with the producer Youth. Tribes was scrapped in 2016 but some of its material formed the core of Life, the album released in October 2018. ~ Stephen Thomas Erlewine, Rovi 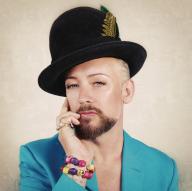 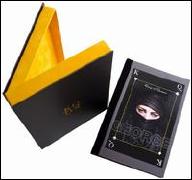 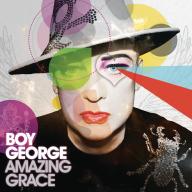 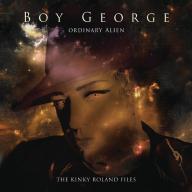 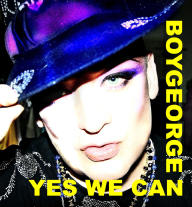 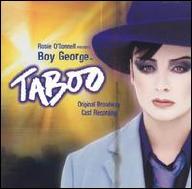 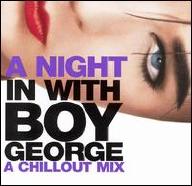 A Night In with Boy George
2002
Videos
Close 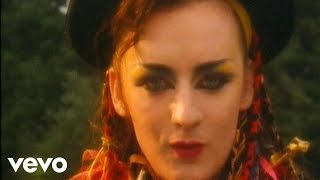 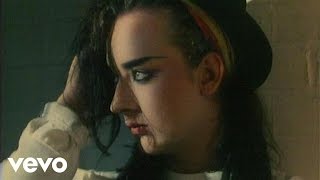 Culture Club - Do You Really Want To Hurt Me (Official Video) 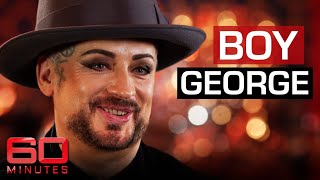 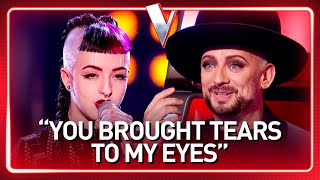 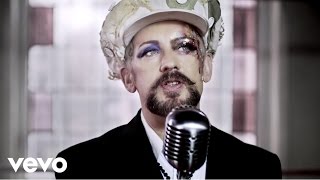 Boy George - King Of Everything 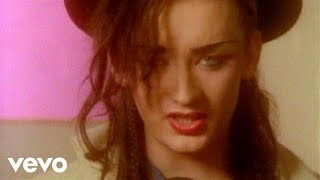 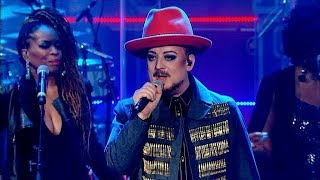