Close
Soft Machine Legacy
formed October 1, 2004 (age 16)
Biography
Canterbury legends Soft Machine went through a dizzying number of lineup changes from their inception in 1966 to their late-'70s fade-out, but the "Soft" story hardly ended there. Over the years, various alumni of the group would carry the torch forward with outfits such as Soft Heap, Soft Head, Soft Ware, and Soft Works, before the emergence of Soft Machine Legacy in the mid-2000s. In the fall of 2015, Soft Machine Legacy -- at the time including three members who had appeared together on Soft Machine's 1976 album Softs -- dropped "Legacy" from the band name and decided to begin touring and recording as "Soft Machine." The group embarked on an international tour in 2018 to mark the 50th anniversary of the first Soft Machine album, and released Hidden Details in September of that year.

The saga of all these various "Soft" bands started in 1978, when saxophonist Elton Dean and bassist Hugh Hopper got together with Canterbury scene buddies keyboardist Alan Gowen and drummer Pip Pyle to perform and record under a moniker that quite justifiably referenced Soft Machine, the group that had brought Dean and Hopper the highest level of attention in their musical careers. The new group was named Soft Heap, and the music the quartet produced was a unique and noteworthy style of electric jazz fitting within neither the psychedelic pop nor the jazz-rock template of the ever-changing Soft Machine. Soft Heap recorded an eponymous studio album that year, released on the Charly label in 1979 (and getting the remastering treatment on a 2009 Esoteric CD reissue). And, in a sense, the group actually premiered on disc with 1978's live album Rogue Element, although the quartet used the moniker Soft Head on that release, since drummer Dave Sheen stood in for the unavailable Pyle on the recording (made during a French tour). Hugh, Elton, Alan, and Pip were the "HEAP"; Hugh, Elton, Alan, and Dave were the "HEAD."

Flash forward over two decades, all the way to 1999, and Dean and Hopper were back in another Soft Something group, Soft Ware, this time featuring a third Soft Machine alumnus, drummer John Marshall, along with free/avant jazz pianist Keith Tippett, who had his own performing and recording history with the saxophonist and bassist. This aggregation didn't issue an album, but it did signal that the story of Soft Machine alumni referencing their '60s-'70s internationally famous group wasn't over, and in the new millennium yet another outfit emerged to tap into the reservoir of fan interest: namely Soft Works, a quartet that released the 2003 album Abracadabra, featuring a somewhat spacy contemporary jazz flavor with Canterbury-esque and fusion leanings. This time, however, the group consisted entirely of previous Soft Machine members; in addition to Dean, Hopper, and Marshall, Soft Works included guitarist Allan Holdsworth. Although the four had all been in Soft Machine, no version of the Softs had included them at the same time, with Hopper appearing on albums Volume Two through Six; Dean on Third through Fifth; Holdsworth on Bundles; and Marshall on all the Softs albums from Fifth onward until the Karl Jenkins-led version of the group finally called it a day (around the same time that Dean and Hopper were playing in Soft Heap, as a matter of fact).

Holdsworth had left Soft Machine after one album, 1975's Bundles, and in somewhat characteristic fashion, he was gone from Soft Works after one album too. That left Dean, Hopper, and Marshall looking around for someone to replace him, and in an instance of history repeating itself, guitarist John Etheridge stepped up and plugged in, just as he had after Holdsworth departed Soft Machine following Bundles, when Etheridge signed on for 1976's Softs. So after Soft Heap, Soft Head, Soft Ware, and Soft Works, this new quartet took off in October 2004 under the name Soft Machine Legacy. The quartet members apparently decided not to merely hint at the group that had given them their highest profiles in the music world -- Dean, Hopper, Marshall, and Etheridge came right out and said it in their band name: they were building on the legacy of Soft Machine. Moreover, although Soft Machine Legacy focused on new repertoire, they also began to revisit at least one old Soft Machine warhorse in their set list, "Kings and Queens," penned by Hopper and appearing on what some consider to be the peak recording of the Soft Machine "classic quartet" (Hopper, Dean, Mike Ratledge, Robert Wyatt), 1971's Fourth.

The MoonJune label began issuing Soft Machine Legacy albums with 2005's Live in Zaandam, recorded in May of that year in the Netherlands. It was followed by an eponymous studio album the following year, and then a pair of live releases from a December 2005 concert at the New Morning venue in Paris: the DVD New Morning: The Paris Concert, and the CD audio set Live at the New Morning; the New Morning concert included a version of "Seven for Lee," one of Dean's finest compositions featured on Soft Head's 1978 Rogue Element album. Sadly, however, Dean was in poor health and, although he planned to tour with Soft Machine Legacy in February 2006, he died that month at age 60.

Soft Machine Legacy vowed to continue following Dean's passing, and added saxophonist/flutist Theo Travis to the lineup for the group's next album, the 2007 studio album Steam. Although the group no longer exclusively featured musicians who had been in Soft Machine, Travis was an ideal choice for Soft Machine Legacy; he not only possessed serious jazz credibility, but had also performed and/or recorded with many artists linked to the same Canterbury scene that spawned Soft Machine, including Phil Miller's In Cahoots and latter-day versions of Gong and Hatfield and the North. But again, the old guard continued to pass away. The year after Steam was released, Hugh Hopper was diagnosed with leukemia, and he died in June 2009 at age 64. The two key members of Soft Machine who -- among many other projects over the years -- had maintained that group's spirit of adventurousness through Soft Heap/Head, Soft Ware, Soft Works, and Soft Machine Legacy, had both now passed on.

But the remaining three members of Soft Machine Legacy, drummer Marshall, guitarist Etheridge, and saxophonist/flutist Travis, again vowed to continue, and bassist Roy Babbington soon joined the lineup. Babbington had appeared as a guest on Soft Machine's Fourth (although he did not play bass on "Kings and Queens"), and had joined the band as a bona fide full member following the departure of Hopper during the group's Karl Jenkins years, appearing on 1973's Seven, 1975's Bundles with Allan Holdsworth, and 1976's Softs, the album that introduced John Etheridge to the lineup. Soft Machine Legacy now had three Soft Machine members who had appeared together on Softs: Etheridge, Marshall, and Babbington.

In October 2009, several months after Hopper's death, the latest version of the Soft Machine Legacy quartet set off on a European tour and recorded the album Live Adventures at dates in Germany and Austria; the album included a version of one of Hopper's best-known pieces, "Facelift," as well as two Jenkins numbers, "The Nodder" and "Song of Aeolus." Live Adventures was released in 2010. Three years later, in early 2013, this lineup of the band returned with its first studio date, Burden of Proof, also released by MoonJune. The album featured all new compositions and improvisations aside from one track, a new rendition of "Kings and Queens."

Looking back half a century to the 1968 arrival of Soft Machine's eponymous debut album (by the trio of Mike Ratledge, Robert Wyatt, and Kevin Ayers), in 2018 the quartet of Marshall, Etheridge, Babbington, and Travis embarked on a 50th anniversary international tour and released the album Hidden Details. The group had dropped "Legacy" from its name in the fall of 2015, after which the quartet toured and recorded under the moniker of the band that started it all: Soft Machine. ~ Dave Lynch, Rovi 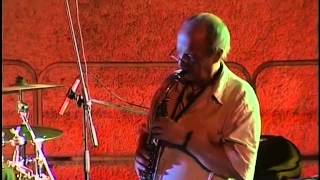 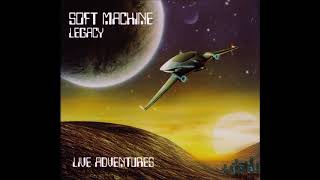 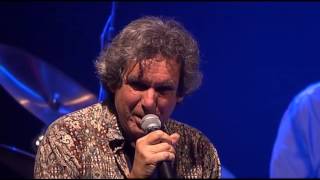 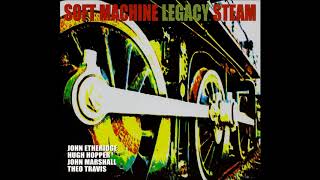 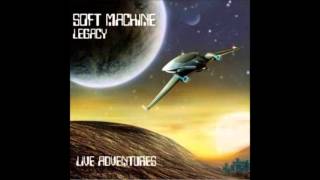 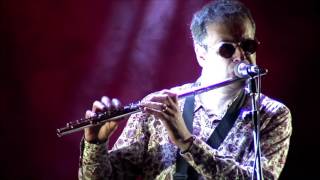 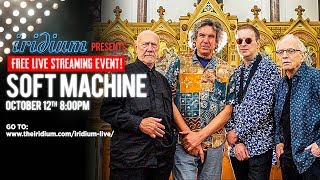