Close
Joe Tex
from Rogers, TX
August 8, 1933 - August 13, 1982 (age 49)
Biography
Joe Tex made the first Southern soul record that also hit on the pop charts (Hold What You've Got, in 1965, made number five in Billboard). His raspy-voiced, jackleg preacher style also laid some of the most important parts of rap's foundation. He is, arguably, the most underrated of all the '60s soul performers associated with Atlantic Records, although his records were more likely than those of most soul stars to become crossover hits.

Tex was born Joseph Arrington in Rogers, TX, in 1933, and displayed his vocal talent quickly, first in gospel, then in RB. By 1954, he'd won a local talent contest and come to New York, where he recorded a variety of derivative (and endlessly repackaged) singles for King, some as a ballad singer, some as a Little Richard-style rocker.

Tex's career didn't take off until he began his association with Nashville song publisher Buddy Killen, after Tex wrote James Brown's 1961 song Baby You're Right. In 1965, Killen took him to Muscle Shoals, not yet a fashionable recording center, and they came up with Hold What You've Got, which is about as close to a straight RB ballad as Tex ever came. It was followed by a herd more, most of which made the RB charts, a few cracking the pop Top 40.

Tex made his mark by preaching over tough hard soul tracks, clowning at some points, swooping into a croon at others. He was perhaps the most rustic and back-country of the soul stars, a role he played to the hilt by using turns of phrase that might have been heard on any ghetto street corner, One Monkey Don't Stop No Show the prototype. In 1966, his I Believe I'm Gonna Make It, an imaginary letter home from Vietnam, became the first big hit directly associated with that war. His biggest hit was Skinny Legs and All, from a 1967 live album, his rapping pure hokum over deeply funky riffs. Skinny Legs might have served as a template for all the raucous, ribald hip-hop hits of pop's future.

After Skinny Legs, Tex had nothing but minor hits for five years until I Gotcha took off, a grittier twist on the funk that was becoming disco. He was too down-home for the slickness of the disco era, or so it would have seemed, yet in 1977, he adapted a dance craze, the Bump, and came up with the hilarious Ain't Gonna Bump No More (With No Big Fat Woman), his last Top Ten RB hit, which also crossed over to number 12 on the pop chart.

In the early '70s, Tex converted to Islam and in 1972 changed his offstage name to Joseph Hazziez. He spent much of the time after Ain't Gonna Bump on his Texas farm, although he did join together with Wilson Pickett, Ben E. King, and Don Covay for a reformed version of the Soul Clan in 1980. He died of a heart attack in 1982, only 49 years old. Killen, King, Covay, Pickett, and the great songwriter Percy Mayfield served as pallbearers. ~ Dave Marsh, Rovi 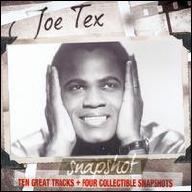 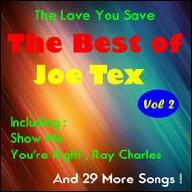 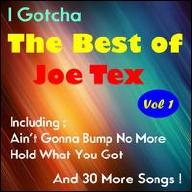 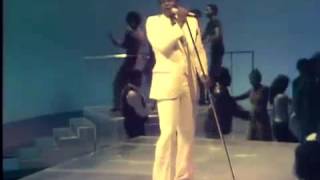 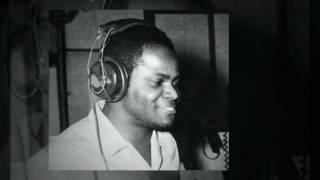 Joe Tex - Hold On To What You've Got 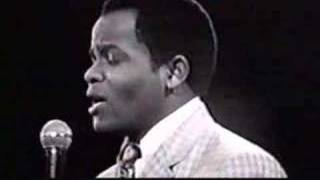 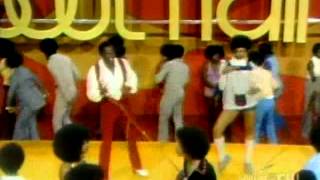 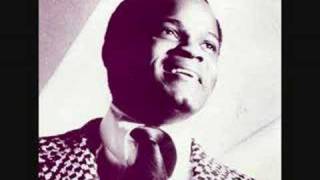 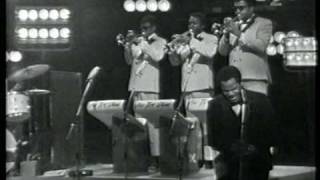 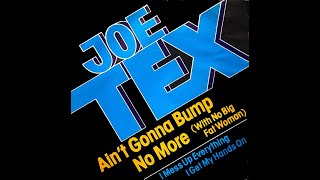