Close
James Blood Ulmer
from St. Matthews, SC
February 2, 1942 (age 78)
Biography
Free jazz has not produced many notable guitarists. Experimental musicians drawn to the guitar have had few jazz role models; consequently, they've typically looked to rock-based players for inspiration. James Blood Ulmer is one of the few exceptions: an outside guitarist who has forged a style based largely on the traditions of African-American vernacular music. Ulmer is an adherent of saxophonist/composer Ornette Coleman's vaguely defined Harmolodic theory, which essentially subverts jazz's harmonic component in favor of freely improvised, non-tonal, or quasi-modal counterpoint. Ulmer plays with a stuttering, vocalic attack; his lines are often texturally and chordally based, inflected with the accent of a soul-jazz tenor saxophonist. That's not to say his sound is untouched by the rock tradition -- the influence of Jimi Hendrix on Ulmer is strong -- but it's mixed with blues, funk, and free jazz elements. The resultant music is an expressive, hard-edged, loudly amplified hybrid that is, at its best, on a level with the finest of the Harmolodic school.

Ulmer began his career playing in funk bands, first in Pittsburgh (1959-1964) and later around Columbus, Ohio (1964-1967). He spent four years in Detroit before moving to New York in 1971, where he landed a nine-month gig at the famed birthplace of bop, Minton's Playhouse, and played very briefly with Art Blakey. In 1973, he recorded Rashied Ali Quintet with the ex-John Coltrane drummer on the Survival label. That same year, he hooked up with Ornette Coleman, whose concept affected Ulmer's music thereafter. The guitarist's recordings from the late '70s and early '80s exhibit a unique take on his mentor's aesthetic. His blues- and rock-tinged art was, if anything, more raw and aggressive than Coleman's free jazz and funk-derived music (a reflection, no doubt, of Ulmer's chosen instrument), but no less compelling from either an intellectual or an emotional standpoint. In 1981, Ulmer led the first of three record dates for Columbia, which helped to expose his music to a wider public. Around this time, Ulmer began an association with tenor saxophonist David Murray, bassist Amin Ali, and drummer Ronald Shannon Jackson. As the Music Revelation Ensemble, this intermittent assemblage (with various other members added and subtracted) would produce a number of intense, free-blowing albums over a span of almost two decades.

Ulmer's work has varied in quality over the years. In 1987, with the cooperative group Phalanx (George Adams, tenor sax; Sirone, bass; and Rashied Ali, drums), Ulmer drew successfully on the free jazz expressionism that made his name. Generally, however, Ulmer's interest in out jazz waned in the '80s and '90s, to the extent that his music became progressively more structured, rhythmically regular, and (arguably) less inventive. Much of his later work bears scant resemblance to the edgy free jazz he played earlier. Nevertheless, '90s recordings with the Music Revelation Ensemble showed him still capable of playing convincingly in that vein.

Blood dug deeply into an investigation of the blues as the century turned. First he recorded Memphis Blood: The Sun Sessions with guitarist Vernon Reid both performing and producing. The album also starred veteran Ulmer sideman Charles Burnham on violin. In 2003 he issued No Escape from the Blues, recorded at Electric Lady studio. A thoroughly psychedelic, funky take on the genre, Reid and Burnham took on the same roles as before, Ulmer released Birthright on Joel Dorn's Hyena label. It is easily his most intimate recording. Completely solo in the studio (Reid once again produced) it contains ten originals and two covers of classic repertoire and takes Blood's blues journey to an entirely new level. ~ Chris Kelsey and Thom Jurek, Rovi 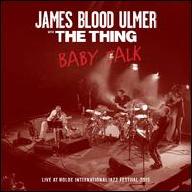 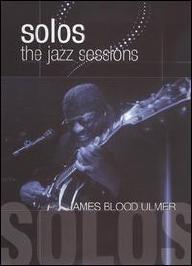 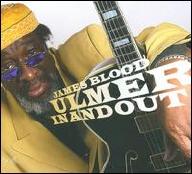 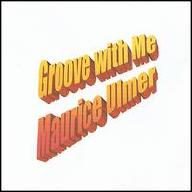 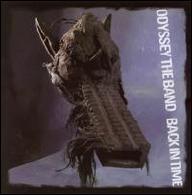 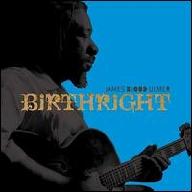 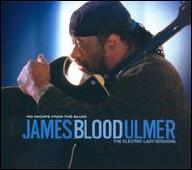 No Escape From The Blues
2003
Videos
Close 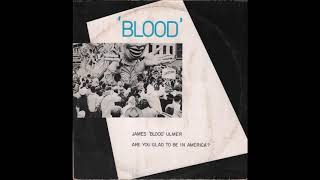 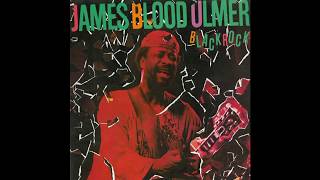 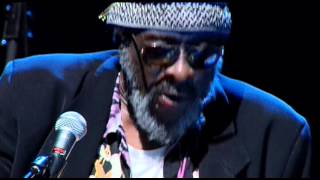 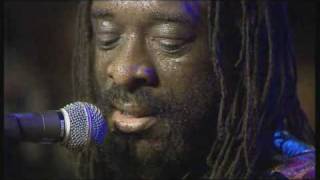 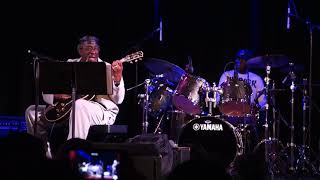 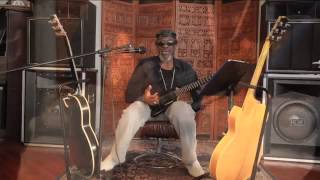 The Unwritten Theory of Guitar Harmolodics 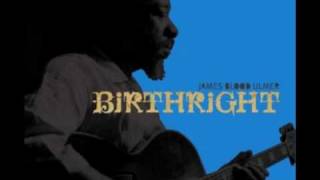 James Blood Ulmer - The Devils Got To Burn
Available here: