Close
Joe Brown
from Lincolnshire, England
May 13, 1941 (age 80)
Biography
With a career that began in the 1970s and was still going strong in the opening decades of the 21st century, Joe Brown has cut a unique swath across British rock & roll. The east London-raised artist is most well-known for his bittersweet U.K. hit "A Picture of You," from 1962, the same year in which the Beatles opened for him on a string of dates. However, Brown's prolific run of early hits came to an end with the rise of Merseybeat, after which he increasingly pursued acting roles and became a broader entertainer. The '70s saw him unveil a new act, Brown's Home Brew, cementing his reputation as a musician's musician. Upon moving to Henley-on-Thames early the following decade, he reinforced his close friendship with his new neighbor George Harrison when the pair bonded over the ukulele. Following Harrison's death in 2001, Brown closed the Concert for George tribute show at the Royal Albert Hall (at the request of Harrison's wife Olivia), with a moving solo uke rendition of "I'll See You in My Dreams." His performance is reputed to have been the catalyst for renewed public interest in the instrument.

Born Joseph Roger Brown in Swarby, Lincolnshire in 1941, Brown proved a natural guitarist from an early age, and in 1956, at age 15, he formed the Spacemen, a skiffle group with whom he started his career in entertainment. The band -- whose ranks included bassist Peter Oakman and his older brother Tony Oakman on banjo and guitar -- later switched to rock & roll, and was subsequently spotted by impresario Larry Parnes, who was in the process of signing up lot of young vocal talent in an effort to get in on the rock & roll boom. The Spacemen became Parnes' resident band, backing such figures as Vince Eager, Johnny Gentle, and Marty Wilde on the early Parnes package tours. The group also had the good fortune to be spotted by producer Jack Good, who was putting together the house band for his new television music showcase Boy Meets Girl. Brown was already a prodigious player, and he was hired as lead guitarist for the house orchestra at the age of 18; he was proficient in authentic American-style rock & roll, country, and country-blues, and stood out from the competition.

He was signed to Decca Records that same year; his first two singles, "People Gotta Talk" and "Jellied Eels," issued in 1959 and 1960, respectively, failed to chart. But his third, "The Darktown Strutters Ball," reached number 34 on the U.K. charts in 1960. The group by this time was rechristened the Bruvvers, owing to the fact that they weren't using the Spacemen name anymore, and had no official name, but were, as Brown put it -- in his uniquely Cockney-styled way -- "like bruvvers." Brown left Decca for Pye Records in 1961, the latter company using his single "Crazy Mixed Up Kid" to launch its Piccadilly imprint. Only two of his next four singles even reached the Top 40, but Brown was making musical headway (and history) nonetheless. At just about that same time, he appeared as the lead guitarist on Billy Fury's landmark 10" long-player The Sound of Fury, his playing among the highlights of what is generally regarded as one of the best albums to come out of the early English rock & roll boom. His work from that period and on that album has received high praise across the decades from musicians of succeeding generations including Keith Richards of the Rolling Stones.

Brown's own career didn't fully take off until 1962, when he hit the number two spot on the singles charts with "A Picture of You." He was voted the "Top U.K. Vocal Personality" of 1962 in the pages of New Musical Express, and toured that year on a bill that included the Beatles, who were just about to record their debut single, "Love Me Do"; "A Picture of You" was also a personal favorite of both Harrison and Paul McCartney, later even turning up on the "Let It Be" sessions. Brown's next two records, "It Only Took a Minute" and "That's What Love Will Do" also made the Top Ten in 1962 and 1963, but his subsequent recordings were much more modest sellers, only making the Top 30.

Brown was still sufficiently prominent in 1963 to get a film debut late that year, in What a Crazy World, which co-starred Marty Wilde. By that time, however, Brown's hold on the listening public was fading in the face of the Merseybeat boom and the next wave of British rock & roll. He turned increasingly to work in movies, pantomime, and theater musicals, and scored a big success in Charlie Girl on London's West End. Ironically, his occasional penchant for novelty tunes -- which included a recording of "I'm Henry the Eighth" -- anticipated the strategy of such successful mid-'60s pop/rock acts as Herman's Hermits, who parlayed their recording of the latter song into a huge American hit; that same use of novelty tunes in his repertory, however, also made it difficult for listeners of subsequent generations, having heard of Brown's reputation as a first-rate guitarist, to fully absorb some of his recordings, especially the early concert documents, which were weighted heavily toward his Cockney/novelty repertory.

Brown's last chart success of the '60s was a low Top 40 placement for his rendition of "With a Little Help from My Friends" in 1967. He later worked on television in children's programming and game shows, but in 1972, Brown was back in music with a new band, Brown's Home Brew, whose repertory embraced not only rock & roll but also country and gospel music and featured his first wife, Vicki, on vocals. Brown has remained active in music ever since, and crossed paths on record with his old friend Harrison several times in the '70s and '80s; Harrison was also the best man at Brown's wedding to his second wife in 2000. He has continued performing in the 21st century and is also seen frequently on British television in connection with rock & roll-related programming. Brown's 50th year in music, in 2008, saw him receive a U.K. gold award for sales over 100,000 copies of a new best-of collection, as well as complete a 37-date tour, and a Royal Albert Hall concert with Mark Knopfler, Jools Holland, Dave Edmunds, and Chas Dave. Brown has also received Mojo magazine's lifetime award for outstanding contribution to music after 51 years of recording. In 2009, Brown was given an MBE (Member of the Order of the British Empire) by Queen Elizabeth.

The next decade was bookended by documents of his relentless touring ethic -- 2011's Live in Liverpool and 2019's In Concert -- while in 2012 he issued The Ukulele Album, on which he tackled material associated with acts such as the Who, ELO, and Mötorhead. In 2019, Brown celebrated his 60th year in the music business with the release of a lavish, multi-disc box set that traced the course of his career and featured numerous unreleased recordings. ~ Bruce Eder, Rovi 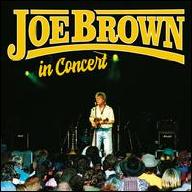 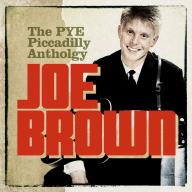 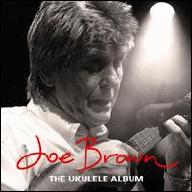 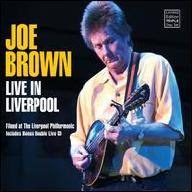 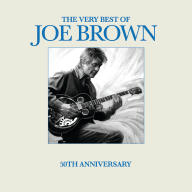 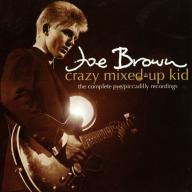 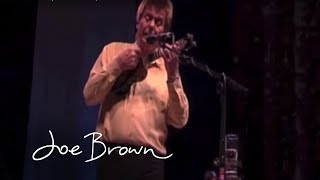 Joe Brown - I'll See You In My Dreams - Live In Liverpool 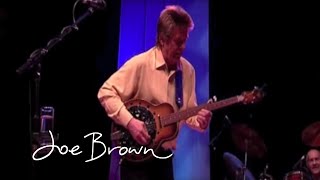 Joe Brown - Picture Of You - Live In Liverpool 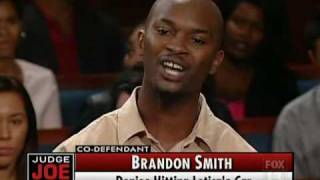 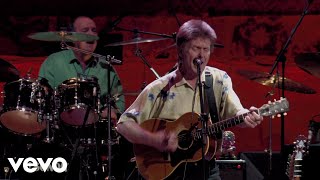 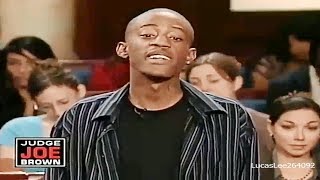 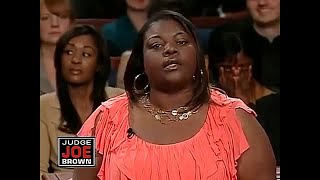