Close
Leroy Carr
from Nashville, TN
March 27, 1905 - April 29, 1935 (age 30)
Biography
The term "urban blues" is usually applied to post-World War II blues band music, but one of the forefathers of the genre in its pre-electric format was pianist Leroy Carr. Teamed with the exemplary guitarist Scrapper Blackwell in Indianapolis, Carr became one of the top blues stars of his day, composing and recording almost 200 sides during his short lifetime, including such classics as How Long, How Long, Prison Bound Blues, When the Sun Goes Down, and Blues Before Sunrise. His blues were expressive and evocative, recorded only with piano and guitar, yet as author Sam Charters has noted, Carr was "a city man" whose singing was never as rough or intense as that of the country bluesmen, and as reissue producer Francis Smith put it, "He, perhaps more than any other single artist, was responsible for transforming the rural blues patterns of the '20s into the more city-oriented blues of the '30s."

Born in Nashville, Leroy Carr moved to Indianapolis as a child. While he was still in his teens, he taught himself how to play piano. Carr quit school in his mid-teens, heading out for a life on the road. For the next few years, he would play piano at various parties and dances in the Midwest and South. During this time, he held a number of odd jobs -- he joined a circus, he was in the Army for a while, and he was briefly a bootlegger. In addition to his string of jobs, he was married for a short time.

Carr wandered back toward Indianapolis, where he met guitarist Scrapper Blackwell in 1928. The duo began performing and shortly afterward they were recording for Vocalion, releasing How Long How Long Blues before the year was finished. The song was an instant, surprise hit. For the next seven years, Carr and Blackwell would record a number of classic songs for Vocalion, including Midnight Hour Blues, Blues Before Sunrise, Hurry Down Sunshine, Shady Lane Blues, and many others.

Throughout the early '30s, Carr was one of the most popular bluesmen in America. While his professional career was successful, his personal life was spinning out of control, as he sunk deeper and deeper into alcoholism. His addiction eventually cut his life short -- he died in April 1935. Carr left behind a enormous catalog of blues and his influence could be heard throughout successive generation of blues musicians, as evidenced by artists like T-Bone Walker, Otis Spann, and Champion Jack Dupree. ~ Jim O'Neal, Rovi 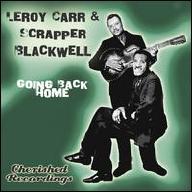 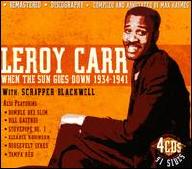 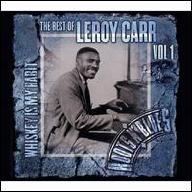 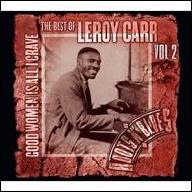 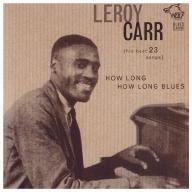 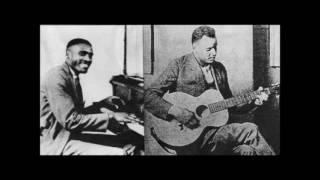 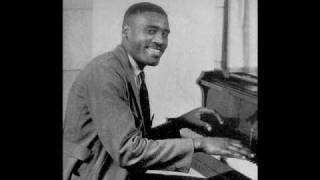 (In The Evening) When The Sun Goes Down - Leroy Carr 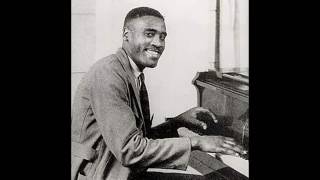 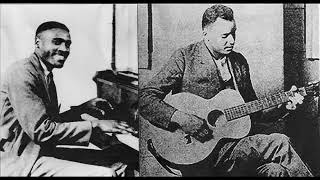 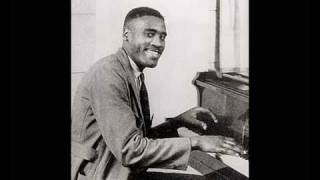 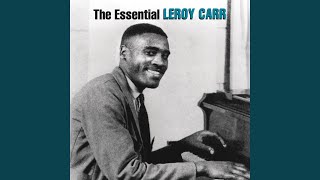 How Long, How Long Blues 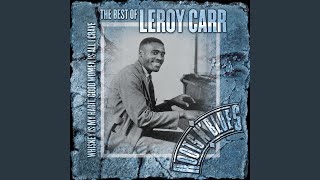