Close
Rex Humbard
Biography
Rex Humbard was best known as a pioneering figure in the field of television evangelism, but he also made recordings of gospel music at various times in his career. Additionally, he ended up with an unlikely but very visible connection to Elvis Presley. Born Alpha Rex Emmanuel Humbard in Little Rock, AR, he was part of a devout Pentacostal family and found himself called to preach the Gospel from an early age. He began the prime years of his ministry in the second half of the 1940s, just as the electronic media were going through a transition from radio to television. Humbard made his first television broadcast in 1949, a very early period in the new medium, and extraordinarily so, given that its penetration in the Southern and border states lagged far behind in those years. By 1952, however, he had his own weekly program, and was the first television evangelist to be seen nationwide in the United States.

He persevered despite the fact that the new medium still lagged behind in the South and lower Midwest, where his prime audience was concentrated -- there were not only fewer stations in those parts of the country, and fewer programs aimed at viewers in those states, but this was a time when print ads and on-air commercials for television sets usually had disclaimers declaring that listed prices were "higher in the South and Far West." But Humbard, as one of the relatively few voices representing those Southern and Midwestern audiences, drew them in despite the lower exposure of those early years, and he could see the potential power of the visual medium. In 1958, he opened the Cathedral of Tomorrow church in Cuyahoga Falls, OH, built at a then-considerable cost of four million dollars. The latter, if not the first such church, was among the very earliest to be designed specifically with television images and technology in mind, not only in terms of the places where cameras could be placed for maximum visual impact on the home screen, but also offering the proper space and power requirements for the production and broadcast facilities, technical crew, etc., all of that in addition to seating for 5,400 congregants.

The show had a musical focus from the start, with gospel performances featuring the resident Cathedral Quartet (originally the Weatherford Quartet) -- later succeeded by the Cathedral Singers -- who were with Humbard from the mid-'50s until 1968, and various guest artists; additionally, Humbard's wife, Maude Aimee, and their children, were frequently seen on the show singing and playing. In its mid-'60s incarnation, the program was most impressive -- opening with a view of a globe of the Earth turning in space. As Miklós Rózsa's compelling main title music from #Ben-Hur (profound, imposing, and indelibly Christian) played on the soundtrack, the announcer would declare the role, goals, and activities of the Rex Humbard Worldwide Television Ministry; the program then carried the viewer to the cathedral and an hour of gospel music and preaching, starting with the choir offering a hymn and Humbard's rich, soothing voice rising up to begin the service. By the 1970s, his broadcasts were going out to Canada, Europe, the Middle East, Asia, Australia, South America (he was immensely popular in Brazil, in particular), and the African continent. His estimated viewership of eight million was huge within the context of the time, and exceeded the audiences of any of his rivals from that period.

Among his most devoted admirers was Elvis Presley, and in 1977 Humbard officiated at the funeral services for the late singer. The televangelist was inducted into the Broadcasters Hall of Fame in 1993, and was selected by U.S. News World Report as one of the Top 25 Principal Architects of the American Century in December of 1999. With the Cathedral Quartet and the Cathedral Singers, Humbard recorded several albums of gospel music for his own Cathedral of Tomorrow label. And for RCA Victor, Humbard and the Cathedral Singers cut a single of Put Your Hand in the Hand b/w Amazing Grace (produced by Chet Atkins and Ronnie Light and arranged by Cathedral Quartet member Dan Koker), utilizing electric instruments in the best countrypolitan style. Humbard passed away in 2007, after retiring to Florida, but his family remains deeply involved with Christian ministry, and one of his sons, Charles Humbard, formerly with Discovery Networks, became Gospel Music Channel CEO in 2004. ~ Bruce Eder, Rovi 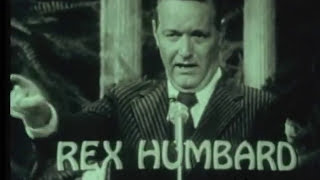 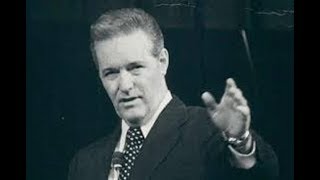 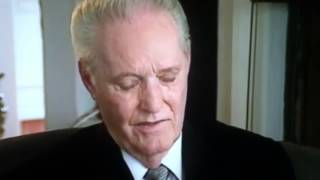 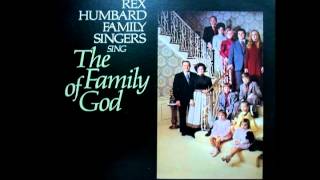 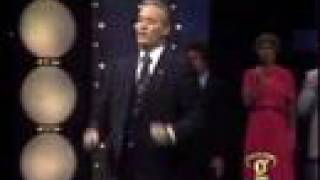 A tribute to Rex Humbard 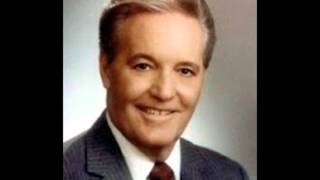