Close
Fred Anderson
from Monroe, LA
March 22, 1929 - June 24, 2010 (age 81)
Biography
Despite being an "old school" musician in terms of grounding and early influences, Fred Anderson was a founding member of the Association for the Advancement of Creative Musicians (AACM) and headed several AACM groups in the '60s. Anderson had formally studied music theory and was strongly influenced by Lester Young, Coleman Hawkins, and Gene Ammons. He reflected that training throughout his career, always having a full, huge tone and being a capable blues and ballad stylist. But he also absorbed the new ideas pioneered by Ornette Coleman and other free theorists; it was this ability to merge old and new that made Anderson a seminal figure among Chicago musicians in the '60s.

In the late '70s, Anderson ran his first club, the Birdhouse, named for Charlie Parker, whose music had a huge influence on the early development of the saxophonist. The '70s were also when he began collaborating with percussionist Hamid Drake; Dark Day: Live in Verona (Okka Disc, 2001) is a good documentation of their early work together and includes trumpeter Billy Brimfield, a frequent collaborator of Anderson's since before the AACM's birth, and the musician with whom Anderson first traveled to Europe in 1977 (Anderson returned to Europe the following year with a group that included George Lewis). While two recordings from 1980 came out on CD almost 20 years later, no other available recordings document Anderson's work from 1981-1993.

Despite the lack of recordings, however, Anderson was busy making music throughout this time. In 1982 he took over The Velvet Lounge after the death of the previous owner, who was a friend of his. It wasn't long before the Sunday jam sessions started happening (this schedule highlight was still going on at the Velvet following its move to a new location nearby after the original club was torn down in 2006 to make way for a condominium project). When the Chicago label Okka Disc started up in the mid-'90s, the first thing it did was issue a previously unreleased 1980 duo recording of Anderson and drummer Steve McCall. Not too long after came the first Fred Anderson recording made in years, Birdhouse, recorded in 1994 and 1995.

The under-documentation of this artist who so helped nurture creative jazz in Chicago was subsequently remedied with a steady supply of new recordings released on Okka Disc, Asian Improv, Thrill Jockey, and other labels. Included among these are 2005's Blue Winter, 2006's Timeless: Live at the Velvet Lounge, 2007's From the River to the Ocean, 2009's Staying in the Game, and 21st Century Chase: 80th Birthday Bash, Live at the Velvet Lounge, recorded in March 2009 at a celebration of Anderson's 80th birthday. Following a heart attack on June 14, 2010, Fred Anderson became comatose and died on June 24 at the age of 81. ~ Ron Wynn & Joslyn Layne, Rovi 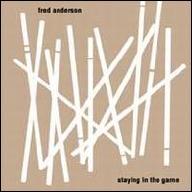 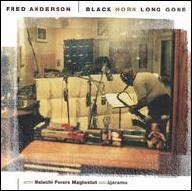 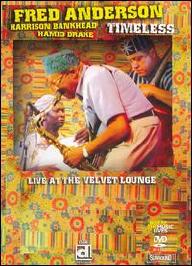 Timeless [Live at the Velvet Lounge]
2006 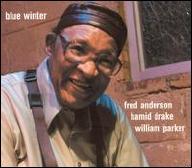 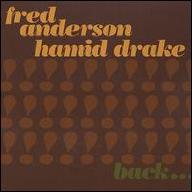 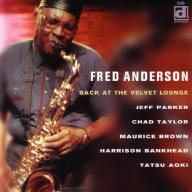 Back At The Velvet Lounge
2003 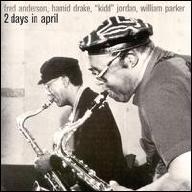 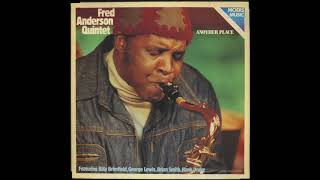 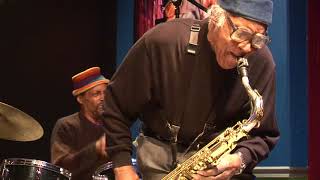 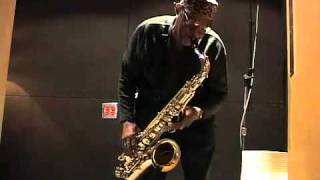 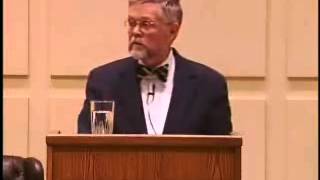 "Why the French & Indian War is Worth Remembering" by Dr. Fred Anderson 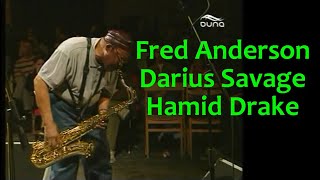 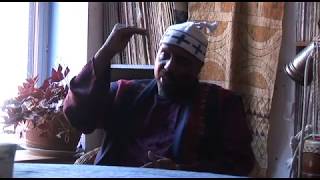 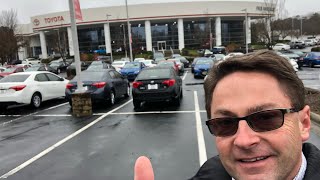