Close
John Mitchum
September 6, 1919 (age 102)
Biography
The younger brother of the late Robert Mitchum, John Mitchum has appeared in hundreds of movies and television shows, usually as an actor but occasionally as a singer. As a recording artist, he has recorded one album of folk songs with Bonanza star Dan Blocker in 1963, but he has also written songs for Ken Curtis and wrote an album for John Wayne in 1971 entitled America -- Why I Love Her.

John Mitchum started singing as a boy, and studied music and trained as an opera and concert singer. His acting career began by accident in 1947 when Mitchum was just out of the army. He'd done a fair amount of boxing in the army and was, by his own description, "193 pounds and hard as a rock." He was walking down Santa Monica Boulevard when an agent saw him and asked him if he was an actor and, if he wasn't, did he want to be one. He went for an audition before director Frank Wisbar and was cast in a leading role (as Jack Mitchum) in the movie The Prairie. He later became part of Wisbar's stock company in various television productions, as well as appearing in many dozens of movies, including Stalag 17 and The Lusty Men, the latter starring his brother Robert Mitchum.

Mitchum kept his singing career going amid all of his film and television work, singing with the Roger Wagner Chorale, the West Coast's premiere choral group, which recorded extensively for Capitol Records and appeared on the soundtracks of numerous films and television shows, and also continued to write songs. Among his successes on screen was a song he wrote for Ken Curtis, the actor (Gunsmoke) and former member of the Sons of the Pioneers, called "Ode to a Mule." In 1960, he was cast as the cook in the adventure series Riverboat, starring Darren McGavin, in a role that gave him the chance to sing all of the folk songs on the show on screen. He also appeared as the disturbed folk singer (performing "I Gave My Love A Cherry") in the 1964 thriller Brainstorm, starring Jeffrey Hunter, and did a humorous takeoff on Tex Ritter's performance on the soundtrack of High Noon in an episode of F-Troop.

Mitchum lives in northern California and is currently recording all of his original songs with a country band for producer Don Bradley, who plans to offer them over the Internet. He is also writing a book about the breakdown of the American criminal justice system. ~ Bruce Eder, Rovi 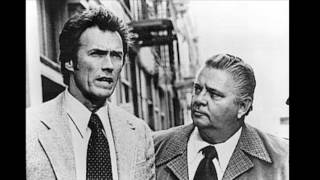 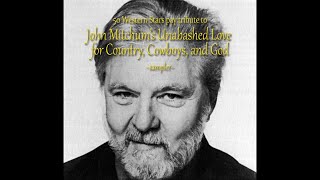 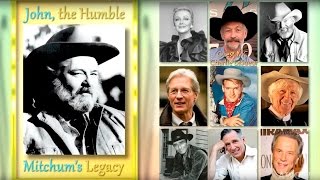 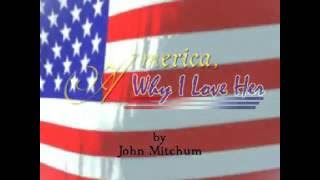 America, Why I Love Her — John Mitchum 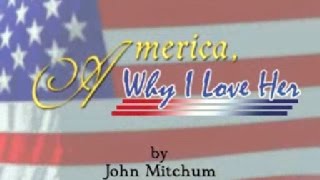 America, Why I Love Her — by John Mitchum 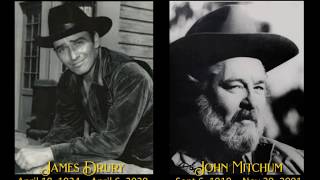 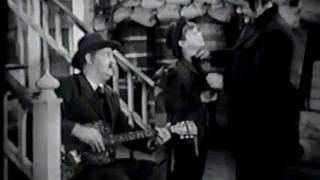