Close
Johnny Russell
from Moorehead, MS
January 23, 1940 - July 3, 2001 (age 61)
Biography
Active as a performer and recording artist in the 1970s and 1980s, Johnny Russell was remembered for Rednecks, White Socks, and Blue Ribbon Beer, perhaps country music's quintessential blue-collar anthem. He had several other moderate hits, but his greatest legacy was as a successful country songwriter whose compositions were recorded by artists ranging in time from Jim Reeves to George Strait. Russell was born and raised in the Mississippi Delta's Sunflower County. He heard the Grand Ole Opry as a youngster and was influenced by the music of Ernest Tubb, Lefty Frizzell, and Roy Acuff. His family moved to Fresno, CA, when Russell was 11, and he began to dream of a performing career. As a high school student he took steps to realize his dreams -- he entered and won various talent contests, and he began writing songs.

Soon after turning 18 he recorded his first song, In a Mansion Stands My Love, in 1958. The single had little impact, but it caught the attention of RCA producer and A&R czar Chet Atkins. Atkins suggested to Jim Reeves that he record the song, and it became the B-side of Reeves' monster 1960 hit He'll Have to Go. That helped establish Russell's reputation as a songwriter, although his recording career on the ABC label went nowhere. Russell's next major triumph came in 1963, when Buck Owens recorded Russell's Act Naturally (co-written with Voni Morrison of Owens' backing band) and had a number one hit. Two years later, the Beatles covered the tune with country enthusiast Ringo Starr on vocals. The song had its genesis when Russell broke a date with a girlfriend when he was offered a recording session in Hollywood. "They're gonna put me in the movies," Russell explained apologetically to the girlfriend -- and then wrote Act Naturally in a few minutes.

Russell landed a staff songwriter position at the Wilburn Brothers' publishing house in Nashville, penning several hits in the late '60s and early '70s. These included the Wilburn Brothers' own Hurt Her Once for Me. In 1971, Russell renewed his effort to become a recording star in his own right, and Atkins signed him to RCA. His debut single, Mr. and Mrs. Untrue, and its follow-up, What a Price, both became mid-level hits. Russell had his first Top 20 hit in 1973 with Catfish John, and later that year Rednecks, White Socks, and Blue Ribbon Beer peaked in the Top Five and became his biggest hit. He had six more hits through 1975, including Hello I Love You. In 1977, he finished his stint at RCA with six more mid-range hits, including The Son of Hickory Holler's Tramp. He then switched to Mercury and had a Top 30 hit with How Deep in Love Am I? He had several more hits with label, including Here's to the Horses, but none of them made it past the Top 50.

He continued to find success as a songwriter, however, teaming once again with Morrison for the Porter Wagoner/Dolly Parton duet Making Plans. Russsell adapted his honky tonk themes to the MOR sound that flourished around 1980. With Wayland Holyfield he co-wrote the major Statler Brothers hit You'll Be Back Every Night (In My Dreams), and he wrote or had a hand in such familiar numbers of that era as Gene Watson's Got No Reason Now (For Going Home) and the young George Strait's Let's Fall to Pieces Together. In the mid-'80s, Russell joined the Grand Ole Opry as a comedy and vocal act, and in his later years he was a familiar sight in live appearances and on television, his 300-pound girth contained by colorful suspenders. Russell teamed up with Little David Wilkins in 1987 to record the minor hit Butterbeans. Before the year was out, Russell had a mild stroke, and the following year he underwent surgery to remove a blockage from his chest. Still, he continued to perform and tour as before, serving as MC when Garth Brooks joined the Opry in 1990. As his health problems worsened in 2001, younger performers he had mentored, including Brooks and Vince Gill, gathered for a benefit concert at the Grand Ole Opry House in Nashville. His untimely death at the age of 61 was due to complications surrounding diabetes. ~ James Manheim, Rovi 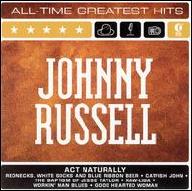 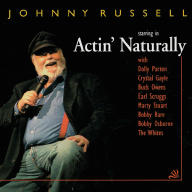 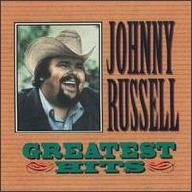 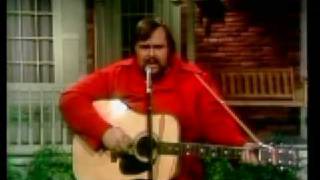 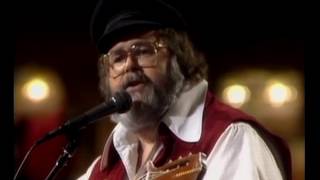 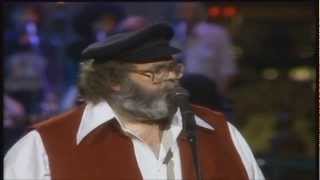 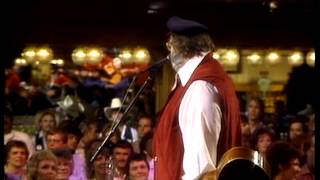 Johnny Russell - Got No Reason Now For Goin' Home 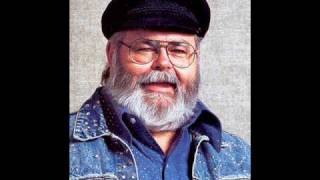