Close
Paul Specht
from United States
January 1, 1895 - January 1, 1954 (age 58)
Biography
Paul Specht was active as leader, manager, producer, and booking agent for numerous dance bands during the 1920s. Records released under his name were similar to those of Art Landry, Sam Lanin, Gus Arnheim, and Ben Selvin. Specht's primary competitor was Paul Whiteman. He was born in Sinking Springs, Pennsylvania on March 24, 1895, and raised as a child prodigy under the influence of his father Charles B. Specht, an accomplished violinist, organist, and bandleader. Paul, who was leading ensembles before the age of 18, studied music at Combs Broad Street Conservatory in Philadelphia and toured the western U.S. with the American Collegians during World War One. The first group to bear his name was Specht's Society Serenaders, an ensemble playing "rhythmic symphonic syncopation" arrangements of classical themes.

Although the Serenaders recorded for Columbia in 1919, those sides were not commercially released. Instead, the leader commissioned a set of limited-edition pressings which were peddled at live engagements. In 1921, Specht's ten-piece orchestra premiered at the Hotel Alamac in Atlantic City, New Jersey. Their next engagement took place at the Addison Hotel on the corner of Charlotte and Woodward in Detroit. Before relocating to New York, Specht's band backed vocalist Vaughn De Leath on one of her historic radio broadcasts. The Detroit engagement was a turning point as the opening act was a hot jazz band which was quickly absorbed into Specht's orchestra. Formed in 1921 and spearheaded by Corsican-American trumpeter Francesco Saverio Frank Guarente, the smaller group was christened the Georgians by Columbia A&R director Frank Walker. Devoid of anyone from the state whose name they bore, their first commercially released record was made for Regal in June 1922 and consisted of Hot Lips b/w You Can Have Him I Don't Want Him Blues.

After touring his jazz-fortified orchestra on the B.F. Keith vaudeville circuit, Specht opened the Consolidated Orchestra Booking Exchange on Broadway in collaboration with saxophonist and bandleader Joseph Samuels. Both men continued to perform and record with their bands while managing other ensembles, many of which were sent on international tours with destinations as far afield as China and Australia. During this period, Specht owned and oversaw booking agencies elsewhere in New York as well as Chicago, Canada, and New England. In May, 1923 Specht's group performed in London, appearing as a full-sized dance orchestra or sectioned off as either a waltz-oriented unit usually billed as the Romancers, or the hot combination then becoming modestly popular among jazz fans on both sides of the Atlantic as the Georgians. Touring independently of Specht, Guarente the Georgians were well-received throughout mainland Europe. In 1924, Specht opened the Pandora Club, a night spot on Broad Street in Philadelphia. This establishment would be managed by his brother George, as Paul was busy running his now massive array of commercial enterprises while leading an orchestra in live WHN radio broadcasts from the Congo Room of New York's Hotel Alamac.

When, during the summer of 1924, Specht attempted to visit London at the helm of Hal Kemp's Carolina Club Orchestra, his failure to secure proper work permits for the players caused the British authorities to withhold permission to set foot on English soil, let alone perform in front of the public. Unaccustomed to not getting his way, Specht responded by dragging into the fray every influential personage with whom he was able to get in touch. These included U.S. Secretary of State Charles Hughes, various diplomats, officials at the American Embassy, and executives from companies with whom Specht did business. Even after the band was able to hold forth at the Piccadilly Hotel for a few weeks, Specht's relations with the English and their Musicians Union were permanently strained, and subsequent visits to London tainted by unresolved issues. Worst of all, Specht instigated a feud with popular British bandleader Jack Hylton. All of this had an adverse effect upon Specht's career as a bandleader.

Over the course of a decade, his orchestra was fortified by the presence of jazzmen like trumpeters Sylvester Ahola and Charlie Spivak, clarinetist Artie Shaw and composer/pianist Arthur Schutt. He also employed trombonist Russ Morgan and clarinetist Hank D'Amico, as well as string bassist/tuba player Joe Tarto, whose given name was Vincent Tortoriello. Although Specht ceased recording during the early '30s, he continued to lead dance bands throughout the decade, including an orchestra that performed at the 1939 World's Fair in New York City. After the Second World War, his career was curtailed by rheumatoid arthritis, necessitating behind-the-scenes work as a writer of arrangements for radio and TV shows. He spent his retirement in Greenwich Village and died on April 11 1954. His remains were interred at Sinking Springs, Pennsylvania. ~ arwulf arwulf, Rovi 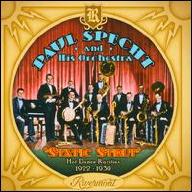 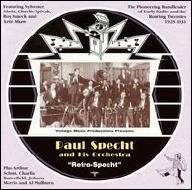 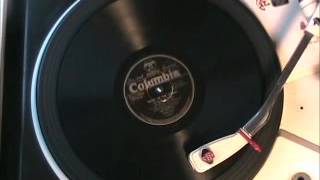 CHANT OF THE JUNGLE by Paul Specht and his Orchestra 1929 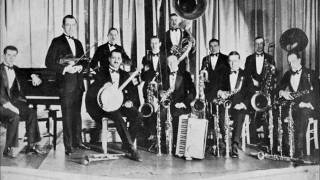 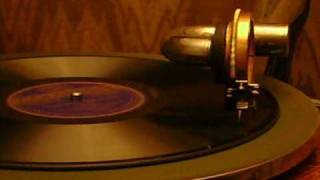 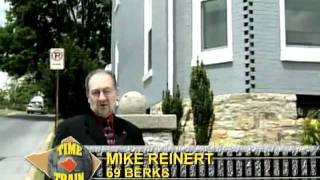 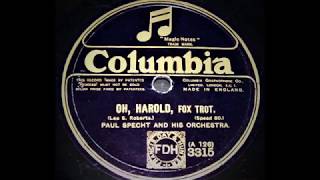 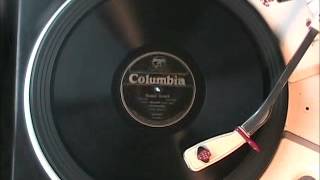 HONEY BUNCH by Paul Specht and his Orchestra 1926 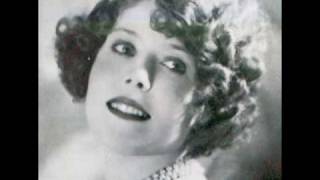