Close
RedOne
from Tetouan, Morocco
April 9, 1972 (age 49)
Biography
Grammy-winning Moroccan-Swedish producer RedOne is a pop songwriter and recording artist whose prominence was cemented through his work with Lady Gaga. Some of his most notable songwriting hits include Gaga's "Just Dance" and "Poker Face" and Nicki Minaj's "Starships."

Born Nadir Khayat in Tétouan, Morocco, RedOne left his homeland at 19 and headed for Sweden in search of music stardom, citing the country's holy trinity of ABBA, Europe, and Roxette as his inspiration for the move. His first big success came in 2005 when his work on the song "Step Up," from singer Darin, helped the track top the Swedish singles chart. In 2006, his track "Bamboo" was named Official Melody of the 2006 FIFA World Cup. A year later, his focus shifted to the U.S., where he began collaborating with singers like Akon and Kat DeLuna. His 2008 work on Lady Gaga's debut effort, The Fame, helped the album become an international smash. It earned RedOne much clout with Universal Music Group, and the two parties subsequently launched a joint venture, a boutique label called 2101 Records, which supported a handful of artists like Havana Brown and Jennifer Lopez. Through 2014, RedOne collaborated with those acts, as well as with Gaga, Pitbull, and Nicki Minaj, and then moved his label to Capitol and renamed it RedOne Records. Also signed to Warner as a solo act, RedOne released the single "Don't You Need Somebody" in 2016. Featuring Shaggy, Enrique Iglesias, Serayah, and R. City, it became a Top Ten pop hit in Sweden. ~ David Jeffries, Rovi 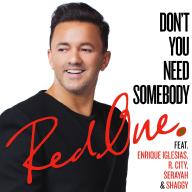 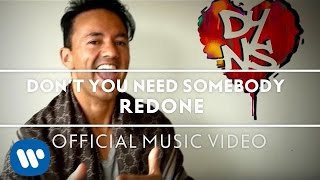