Close
Carlos Galhardo
April 26, 1913 - July 25, 1985 (age 72)
Biography
After Francisco Alves, Carlos Galhardo was the singer who recorded the most 78 rpm songs, more than 570. He also was one of the best-selling singers, and worked in several films, winning several Carnival contests. From humble origins, Carlos Galhardo abandoned his formal studies very

early and became a tailor apprentice. Learning the profession, he worked in several tailories until he was hired by Salvador Grimaldi, who doubled as a tailor and baritone. They rehearsed many opera duets together, and one day the famous Francisco Alves listened to him in a familiar reunion, having encouraged him to pursue music as a profession. By means of a friend, Galhardo had a break at Rádio Educadora, being called for an audition in 1933. Accompanied by Bororó, who was friends with his brother, Galhardo performed live and pleased the audience. The next day,

RCA Victor sent a representative, inviting him to another audition. Arriving in the studios, Moreira da Silva was recording, and Galhardo participated in the choir. Auditioned by Mr. Evans himself, Galhardo was approved and the recording session was prepared, while he became a regular choir member in that company. In 1933, his first solo album was released, with two frevos -- Você Não Gosta de Mim (Irmãos Valença) and Que é Que Há? (Nelson Ferreira) -- having success in Recife. In fact, it was recorded after the album with Assis Valente's sambas

Para Onde Irá o Brasil? and É Duro de Se Crer. In the Carnaval of 1934, Galhado had a hit with Carolina, a march by Bonfiglio de Oliveira and Hervê Cordovil. He initially recorded Olha Lá o Balão and Vai Subindo for Columbia. In 1935, he recorded several songs for

the company, including Lá No Céu, Boneca de Pano, and Mariana (a march by Bonfiglio de Oliveira and Lamartine Babo), opening as a romantic singer with Paulo Barbosa/Osvaldo Santiago's valsa-canção Cortina de Veludo, which became very popular in Rio. Until then, Galhardo was a freelancer for all radio stations, but in that year he signed his first contract (with Rádio Cruzeiro do Sul). His last Columbia album was recorded in 1936, with the march Morena (Roberto Martins) and the samba Rei Vagabundo (Ataulfo Alves/Roberto Martins). Returning to Victor, he recorded the march Madalena (Bonfiglio de Oliveira) and the samba Você Não Sabe, Amor (Ataulfo Alves/Bide). He had remarkable success with the valse Italiana (Paulo Barbosa/José Maria de Abreu/Osvaldo Santiago).

From then on he collected hit after hit, several each year. He moved to Rádio Cajuti, soon exchanged for Tupi. Signing with Odeon, he recorded the samba Dou-te um Adeus (Bide/Marçal), the valse Apenas Tu (Roberto Martins/Jorge Faraj), and the march

Cartinha Cor-de-Rosa (João de Barro/Alberto Ribeiro). In 1937, Galhardo moved to Rádio Mayrink Veiga, where he would stay until 1948. In 1938, the year that Galhardo participated in the Sonofilm musical film #Banana da Terra, he had several hits, including the

samba Olá, Seu Nicolau (Paulo Barbosa/Osvaldo Santiago). But it was really in 1939 that Galhardo reached his peak, with the march Sem Banana (João de Barro/Alberto Ribeiro), the samba Sei Que é Covardia (Ataulfo Alves/Claudionor Cruz), the fox-canção Linda Butterfly and the valse Perfume de Mulher Bonita (both by Georges Moran/Osvaldo Santiago), the fox Dia Há de Chegar (Georges Moran/Osvaldo Santiago), and the samba Você Me Deixou (Marçal/Ataulfo Alves), among others. In 1941, Galhardo acted in the film #Entra na Farra and had several more hits. In 1948, Galhardo moved to Rádio Nacional, where he would remain until 1952. In that year, he had success with the samba 23 de Abril (Roberto Martins/Ary Monteiro) and the valse Saudade do Maranhão (Roberto Martins/Dilu Melo). Year after year, he continued scoring hits. In 1952, Galhardo switched to radio stations Mayrink Veiga and Mundial. In the same year, he toured Portugal for four months, performing in Lisbon, Porto, Coimbra, Viana do Castelo, and other places. In 1955, he participated in the film #Carnaval em Lá Maior (Ademar Gonzaga). In 1957, he worked in the

musical #Metido a Bacana. Galhardo recorded more than 11 LPs in his career. In 1964, he had success with the Carnival march Onde Tem Mulher (Henrique de Almeida/Carlos Marques). ~ Alvaro Neder, Rovi 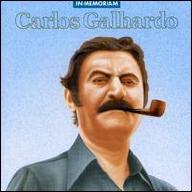 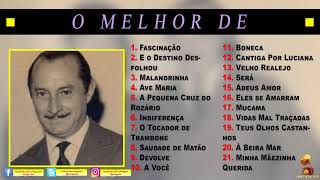 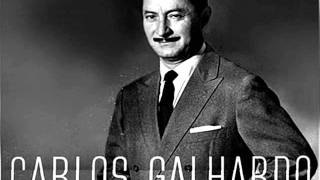 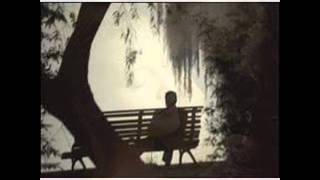 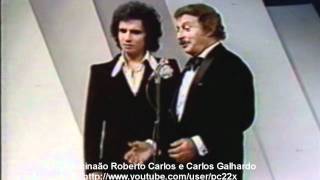 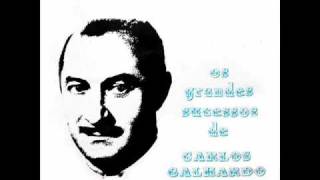 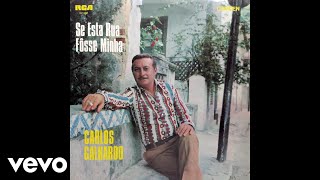 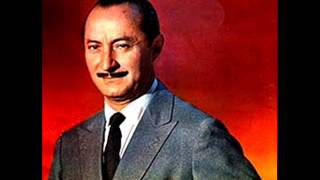