Close
Devo
from Kent, OH
formed January 1, 1972 (age 49)
Biography
One of new wave's most innovative and (for a time) successful bands, Devo was also perhaps one of its most misunderstood. Formed in Akron, Ohio, in 1972 by Kent State art students Gerald Casale and Mark Mothersbaugh, Devo took their name from their concept of "de-evolution" -- the idea that instead of evolving, mankind has actually regressed, as evidenced by the dysfunction and herd mentality of American society. Their music echoed this view of society as rigid, repressive, and mechanical, with appropriate touches -- jerky, robotic rhythms; an obsession with technology and electronics (the group was among the first non-prog rock bands to make the synthesizer a core element); often atonal melodies and chord progressions -- all of which were filtered through the perspectives of geeky misfits. Devo became a cult sensation, helped in part by their concurrent emphasis on highly stylized visuals, and briefly broke through to the mainstream with the smash single "Whip It," whose accompanying video was made a staple by the fledgling MTV network. Sometimes resembling a less forbidding version of the Residents, Devo's simple, basic electronic pop sound proved very influential, but it was also somewhat limited, and as other bands began expanding on the group's ideas, Devo seemed unable to keep pace. After a series of largely uninteresting albums, the band called it quits early in the '90s, and Casale and Mothersbaugh concentrated on other projects.

Casale and Mothersbaugh both attended art school at Kent State University at the outset of the '70s. With friend Bob Lewis, who joined an early version of Devo and later became their manager, the theory of de-evolution was developed with the aid of a book entitled The Beginning Was the End: Knowledge Can Be Eaten, which held that mankind had evolved from mutant, brain-eating apes. The trio adapted the theory to fit their view of American society as a rigid, dichotomized instrument of repression ensuring that its members behaved like clones, marching through life with mechanical, assembly-line precision and no tolerance for ambiguity. The whole concept was treated as an elaborate joke until Casale witnessed the infamous National Guard killings of student protesters at the university; suddenly there seemed to be a legitimate point to be made.

The first incarnation of Devo was formed in earnest in 1972, with Casale (bass), Mark Mothersbaugh (vocals), and Mark's brothers Bob (lead guitar) and Jim, who played homemade electronic drums. Jerry's brother Bob joined as an additional guitarist, and Jim left the band, to be replaced by Alan Myers. The group honed its sound and approach for several years (a period chronicled on Rykodisc's Hardcore compilations of home recordings), releasing a few singles on its own Booji Boy label and inventing more bizarre concepts: Mothersbaugh dressed in a baby-faced mask as Booji Boy (pronounced "boogie boy"), a symbol of infantile regression; there were recurring images of the potato as a lowly vegetable without individuality; the band's costumes presented them as identical clones with processed hair; and all sorts of sonic experiments were performed on records, using real and homemade synthesizers as well as toys, space heaters, toasters, and other objects. Devo's big break came with their score for the short film The Truth About De-Evolution, which won a prize at the 1976 Ann Arbor Film Festival; when the film was seen by David Bowie and Iggy Pop, they were impressed enough to secure the group a contract with Warner Bros.

Recorded under the auspices of pioneering producer Brian Eno, Q: Are We Not Men? A: We Are Devo! was seen as a call to arms by some and became an underground hit. Others found Devo's sound, imagery, and material threatening; Rolling Stone, for example, called the group fascists. But such criticism missed the point: Devo dramatized conformity, emotional repression, and dehumanization in order to attack them, not to pay tribute to them.

While 1979's Duty Now for the Future was another strong effort, the band broke through to the mainstream with 1980's Freedom of Choice, which contained the gold-selling single "Whip It" and represented a peak in their sometimes erratic songwriting. The video for "Whip It" became an MTV smash, juxtaposing the band's low-budget futuristic look against a down-home farm setting and hints of S&M. However, Devo's commercial success proved to be short-lived. Released in 1981, New Traditionalists was darker and more serious, not what the public wanted from a band widely perceived as a novelty act, and Devo somehow seemed to be running out of new ideas. Problems plagued the band as well: Bob Lewis successfully sued for theft of intellectual property after a tape of Mothersbaugh was found acknowledging Lewis' role in creating de-evolution philosophy, and the sessions for 1982's Oh, No! It's Devo were marred by an ill-considered attempt to use poetry written by would-be Ronald Reagan assassin John Hinckley, Jr. as lyrical material.

As the '80s wore on, Devo found themselves relegated to cult status and critical indifference, not at all helped by the lower quality of albums like 1984's Shout and 1988's Total Devo. With the band's shift toward electronic drums, Alan Myers departed in 1986, to be replaced by ex-Sparks and Gleaming Spires drummer David Kendrick. After the Rykodisc label issued E-Z Listening Disc in 1987 -- which collected "Muzak"-style version of fan favorites, originally issued on cassettes only sold at shows -- Devo recorded another album of new material, Smooth Noodle Maps, in 1990, after which the bandmembers began to concentrate on other projects. Mark Mothersbaugh moved into composing for commercials and soundtracks, writing theme music for MTV's Liquid Television, Nickelodeon's Rugrats, Pee-Wee's Playhouse, and the Jonathan Winters sitcom Davis Rules. He also played keyboards with the Rolling Stones, programmed synthesizers for Sheena Easton, and sang backup with Debbie Harry. Buoyed by this success, Mothersbaugh opened a profitable production company called Mutato Muzika, which employed his fellow Devo bandmates. Jerry Casale, meanwhile, who directed most of the band's videos, directed video clips for the Foo Fighters' "I'll Stick Around" and Soundgarden's "Blow Up the Outside World." No reunions were expected, but as Devo's legend grew and other bands acknowledged their influence (Nirvana covered "Turnaround," while "Girl U Want" has been recorded by Soundgarden, Superchunk, and even Robert Palmer), their minimalistic electro-pop was finally given new exposure on six dates of the 1996 Lollapalooza tour, to enthusiastic fan response.

The following year, Devo released a CD-ROM game (The Adventures of the Smart Patrol) and accompanying music soundtrack, in addition to playing selected dates on the Lollapalooza tour. A pair of double-disc Devo anthologies were released in 2000: the first was the half-hits/half-rarities Pioneers Who Got Scalped: The Anthology (on Rhino), while the second was the limited-edition mail-order release Recombo DNA (on Rhino's Handmade label), the latter of which consisted solely of previously unreleased demos. In 2001, the Mothersbaugh and Casale brothers reunited under the name the Wipeouters for a one-off surf release, P'Twaaang!!! Casale would introduce his Jihad Jerry the Evildoers solo project with the 2006 album Mine Is Not a Holy War. That same year, the band teamed with Disney for Dev2.0, a band/project/album that involved a set of preteens re-recording classic Devo tracks, although some lyrics were adjusted to be more "family friendly."

Devo got back to releasing their own material in 2007 with the downloadable single "Watch Us Work It," but a promised new album failed to materialize. In 2008 they returned to Akron for a rare show in support of Barack Obama's presidential campaign, with all proceeds going toward the Summit County Democratic Party. After deluxe 2009 reissues of Q: Are We Not Men? A: We Are Devo! and Freedom of Choice sent the band back on the road to play said albums live in their entirety, work resumed on a new album. By the end of the year, it was announced that the band had once again signed with Warner for an album originally titled "Fresh." An Internet campaign where fans got to choose the full-length's 12 tracks inspired the 2010 effort, Something for Everybody. Sadly, Bob Casale died suddenly and unexpectedly from heart failure on February 17, 2014; he was 61 years old. In 2016 the Futurismo label reissued Ryko's E-Z Listening Disc as EZ Listening Muzak with a new recording of Something for Everybody's "Human Rocket" added to the lounge-style collection. ~ Steve Huey & Greg Prato, Rovi 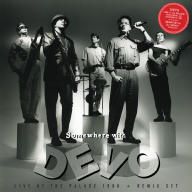 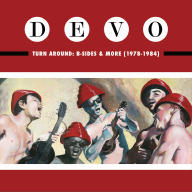 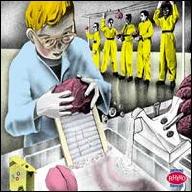 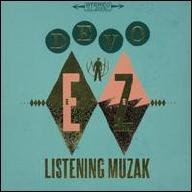 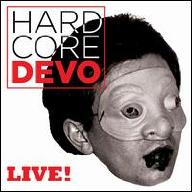 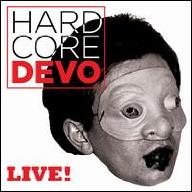 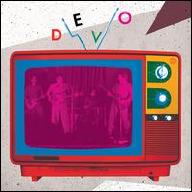 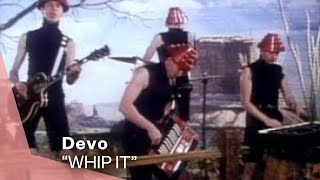 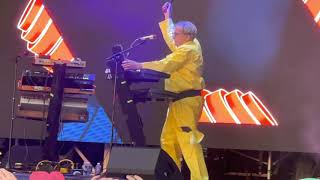 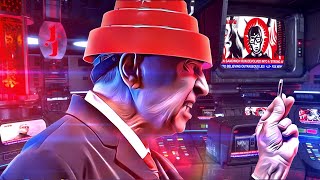 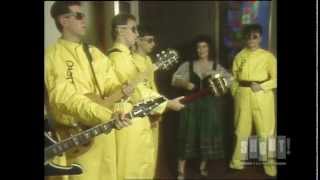