Close
Tetsuya Komuro
from Japan
November 27, 1958 (age 63)
Biography
There never was a single person in the Japanese music industry more influential than Tetsuya Komuro during the 1990s. Appearing at the right place at the right time, he opened the national scene to the wonders of Western techno pop, and for a while, became the unrivaled leader in J-pop heaven. All in all, the records he's had a hand in, as a producer or songwriter, have sold over 170 million copies in Japan, and millions more throughout the Far East. Moreover, Komuro became a superstar producer, known not just to people behind the scenes, but to the record-buying public at large, thanks to his carefully crafted image of a down-to-earth star collaborator coupled with glitterati aplomb. His reign ended in the late 2000s with a streak of misfortunes culminating in a fraud charge, but he managed to salvage his career and return to the stage, even if only as a shadow of his former self.

Born in 1958 in Tokyo, Komuro had been learning violin since pre-school, but in junior high, he discovered synthesizers and traded strings for keys -- literally, as he sold his guitar and violin to buy a Roland SH1000. He still attempted a normal career, entering the prestigious Waseda University (he majored in social studies), but he'd also been playing with Speedway since 1979, and in 1983, when he joined the techno-pop trio TM Network, his fate was sealed, as the band, later dubbed the "J-pop prototype," had a successful run during the ‘80s, even if they didn't achieve superstardom. During that time, Komuro began to produce other artists, including Seiko Matsuda and Miho Nakayama. In 1988, he left TM Network and spent a year in England, soaking in the country's blooming rave scene. Returning to Japan in 1989, he worked as a solo artist and collaborated with Yoshiki, the vocalist of X-Japan, as V2, but didn't hit it off big and switched to producing. His first big project was TRF, or Tetsuya Komuro Rave Factory, established in 1992. The lineup included a female vocalist, a DJ, and three dancers; Komuro wrote the music for the band.

TRF took Japan by storm, introducing the notion of techno-based pop, still a novelty at the time: the band's first two singles became million-sellers, and they shifted a total of 20 million units over the next six years. This was anything but accidental, as Komuro had painstakingly researched his prime audience, the club-going high school girls, concluding that they liked dancing and karaoke, so he gave them music fit for both. The distribution was handled by Avex, which effectively took control of the dance-pop musical market in Japan. TRF became the beginning of "TK Family," which grew up to include, among others, Amuro Namie, the biggest pre-Ayumi Hamasaki pop idol in Japan, Miho Nakayama, Ryoko Shinohara, and Tomomi Kahala, Komuro's new girlfriend. For the most part, he remained the producer and songwriter, but he also played in the trio Globe, another best-selling dance-pop project of his.

For a while, Komuro was on top of the world. In April 1996, all of the Oricon Top Five entries were occupied with his projects -- a feat that no one had managed to pull before or since. He ranked high in the lists of Japan's top taxpayers, appeared in numerous award ceremonies where his "Family" triumphed, and in 1996, released the album TK Million Works consisting solely of the million-selling singles he produced. He began venturing into business, establishing TK News with Rupert Murdoch and creating the label Orumok Records (i.e. "Komuro" backwards), and tried to break into a Western audience, remixing the theme to the Speed 2 movie and writing Together Now, the theme song for the 1998 FIFA World Cup held in Japan and Korea, with Jean-Michel Jarre (they continued to collaborate until 2001). But trouble was ahead. The record label and his other business ventures failed, his CD sales dipped, and his romance with Kahala ended with her attempting suicide; the story promptly hit the media, generating a mighty publicity backlash.

Komuro returned to business in the 2000s, producing Ami Suzuki and Kimeru, among others. He also managed to rope Yoshiki of X-Japan into Globe in 2002, though only for a short while, and established another record label, Rojam ("Major" backwards). But the new label fared no better than Orumok, his million-selling days were over, and, to top it off, his finances were a mess, thanks to a combination of business failures and alimony debts after a short-lived marriage. Komuro continued to perform with Globe, but in 2008, he was busted for fraud: it turned out that he sold the rights to his back catalog twice to different people, effectively swindling 500 million yen. It looked like the end of Komuro's career, but Max Matsuura, the head of Avex, covered the losses and damages, and Komuro, who fully admitted his guilt and apologized publicly, got off with a three-year suspended sentence in 2009. In February 2010, Komuro performed his solo comeback gig in Kumamoto. ~ Alexey Eremenko, Rovi 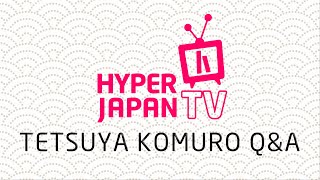 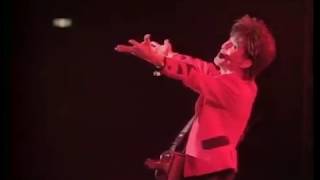 I want you back 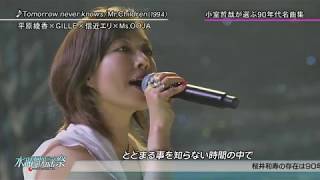 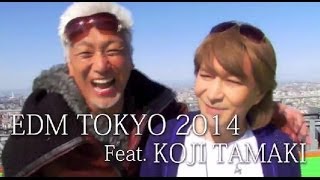 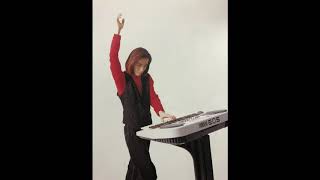