Close
The Nice
from London, England
formed May 1, 1967 - January 1, 1970 (age 2)
Biography
During much of their three years together, the Nice were more of a cult act than actual stars -- but they eventually did find major success in England and an international following and, in the course of making some great records and playing even finer shows, they bridged the gap between mid-'60s psychedelic pop and '70s art rock, laying the groundwork for the entire progressive rock explosion in the process. And it was with the Nice that Keith Emerson began his transformation from an unknown musician into an international rock star. Ironically, the Nice's origins made them a seemingly unlikely cutting-edge outfit -- they were initially conceived as a backup band, à la Booker T. the MG's, for American-born soul singer P.P. Arnold, an ex-member of the Ikettes (who producer, manager, and music mogul Andrew Oldham hoped to make into the next Tina Turner). Keyboard player Keith Emerson had previously played in Gary Farr the T-Bones, and the new group's rhythm section was filled by T-Bones alumni Lee Jackson on bass and Ian Hague on drums, while former Attack guitarist Davy O'List filled the fourth spot.

They got together in May of 1967 and soon found themselves given an unexpected amount of freedom in their role as Arnold's backing band. Part of their role was to warm up the crowd for Arnold's entrance, and the singer told them to play anything they liked -- as a result, slipped in between covers of various soul standards was a brace of ever more ambitious originals composed by the group members, and soon their opening sets began building a following of their own. By that summer, the quartet had earned billing on its own at the National Jazz and Blues Festival, and by the fall of 1967 the group had a recording contract of its own with Oldham's Immediate Records. Hague, however, proved a weak link in their lineup, and by the time they were ready to formally begin recording, the drummer had been replaced by O'List's onetime Attack bandmate Brian Davison. They were an amazingly freewheeling outfit, in keeping with the times, playing a strange mix of psychedelic blues, heavily laced with cadenza-like solos on the piano or the Hammond organ, and dressed up in ornate, flashy guitar, reminiscent of Jimi Hendrix -- amid the pop flourishes and heavy piano and guitar riffs, one could hear influences of classical, soul, and jazz. Their debut album was ready for release early in 1968 but was delayed getting into stores until much later in the year, at which point they had released a single to support it -- their chosen track was a driving, flashy, instantly memorable instrumental rendition of the song America from the musical +West Side Story, which got them lots of airplay and appeared to be a possible vehicle for the band's entry onto the U.K. charts -- until, that is, objections were raised to a very tasteless picture-sleeve design, coupled with the complaint of composer Leonard Bernstein that the group had never gotten permission to revamp the piece, all of which contrived to limit sales in England and prevent a U.S. release of the single.

Their first year's worth of work had begun to build the group, and especially the extroverted personality of Emerson, a following in England. The organist would jam knives into his keyboards, set fire to various objects on-stage (including, at least once, at Royal Albert Hall, the American flag, creating a potential diplomatic incident for the government), and simulate sex with his instrument -- by 1968 he was known as the Jimi Hendrix of the keyboard. The quartet's debut album, The Thoughts of Emerlist Davjack, managed to sound different from virtually anything else in music at the time -- spooky organ solos and slashing guitar attacks ran together and clashed, and heavily veiled quotations from Dave Brubeck and Johann Sebastian Bach all seemed to trail out from in and around their songs, and pointed to something wonderfully strange about this band. They were working hard on their second album when guitarist Davy O'List, owing to personal instability, left the group in the early fall of 1968, and he wasn't replaced -- instead, the Nice became a trio comprised of keyboard, bass (with a guitar added occasionally as needed, by a guest support player), and drums. Their sound tightened and also evolved in a new direction -- the centerpiece of their second album, Ars Longa Vita Brevis, was the title suite, a rock-classical amalgam for band and orchestra that took up the whole second side -- that work included an arrangement of one movement of the Bach Brandenburg Concerto No. 3. The other highlight was a band rendition of the intermezzo from The Karelia Suite by composer Jean Sibelius, and both of those classically inspired works dominated the record.

Released in November of 1968, just four months after their debut album, Ars Longa Vita Brevis garnered sterling reviews, but it died without a single to help promote the album. By this time, the group's manager, Tony Stratton-Smith, was wary of the financial underpinnings of their label, Immediate Records, which always seemed to have someone knocking on their door demanding payment for some long overdue invoice or other, and lots of people hanging around trying to spend the company's money. They went ahead with plans for a third LP, which initially was to have been a live album recorded at the Fillmore East during their early 1969 tour of the United States. In the end, that album, variously titled Nice or Everything as Nice as Mother Makes It (or, later, Nice #3), was a mix of live and studio performances that showcased the group working from strength to strength, and evolving even on the record itself. Gone were the obvious psychedelic flourishes of the first two albums -- instead, they were intense and concentrated in their focus on jazz and classical elements, a lean music machine that surged and pounded away at their material, yet who were subtle enough to work in delightful little embellishments, and playful and clever as well. The record peaked at number three on the British charts, and suddenly the Nice were ranked among the top bands in the country. And they were sufficiently popular in Europe to have spawned a rival group in the Netherlands, patterned along the same lines, called Ekseption, organized by Nice admirer Rick van der Linden.

It was just about at the time of the third album's release that Immediate finally declared bankruptcy. Fortunately, Stratton-Smith had already started positioning the group to break away from Immediate at the first opportunity, which the bankruptcy provided. Additionally, the Nice had moved into wholly new artistic territory in 1969, rising to an odd plateau of success, when they received an actual commission -- a formal, classical-type commission, and a first for a rock band -- to deliver a work for rock group and orchestra to the Newcastle Arts Festival, a highly prestigious affair scheduled for the fall of that year. They rose to the occasion with The Five Bridges Suite, which was performed at the Newcastle festival and later recorded at Croydon. Between that piece, some of the live recordings being generated, and some shorter studio works that were in various stages of completion, the Nice suddenly had a little breathing room in the form of two complete LPs' worth of high-quality material coalescing around their work. The Five Bridges, released on Stratton-Smith's new Charisma label in England and on Mercury in America, would become the group's biggest seller to date.

By that time, however, Emerson felt the group had gone about as far as it was ever going to musically, especially given the limitations he'd always found on the vocal side; Jackson was a limited singer and Emerson scarcely one at all (that's him singing lead on Happy Freuds from their second album). In late 1969, he'd crossed paths with newer band called King Crimson when the two shared a bill at the Fillmore West, and was impressed by their lead vocalist/bassist, Greg Lake; he also discovered, in turn, that Lake had been growing increasingly unhappy as a member of Crimson. He subsequently contacted Emerson and agreed to join up with him -- thus, Emerson was already set to leave the band by the end of that winter, though the decision wasn't announced publicly until the spring. Meanwhile, the Nice soldiered on, playing some amazing shows that were captured on tape, and generating the Five Bridges album. Stratton-Smith followed it up after Emerson's split with the group by putting together Elegy, a compilation of live and studio performances from the band's late-era work that was a killer showcase for Emerson's playing. Both were released in America by Mercury Records and did reasonably well. In 1973, Stratton-Smith issued a third LP, known variously as Autumn to Spring or Autumn 1967/Spring 1968, consisting of alternate takes and mixes of songs from the group's first two LPs on Immediate.

In the decades since, thanks to Emerson's fame as a member of Emerson, Lake Palmer and the Immediate bankruptcy, which placed its library in the hands of a succession of receivers who knew or cared little about music -- and the intentions of well-meaning producers who did care about the music -- the music on the Nice's three Immediate LPs turned up in various forms on vinyl and CD. The current reissues, in the 21st century, are the best representation that this end of the group's history has ever had on record. Jackson and Davison went on to various projects that never succeeded, and in 1973 tried to get a second bite of the apple by forming Refugee with keyboard player Patrick Moraz, but there was little interest in their sound or records, despite some fine music coming from them. By the end of the 1970s, with a change in public taste, even ELP had overstayed their welcome, and came to a halt. In 1999, as a one-off event on a personal occasion, Emerson, Jackson, and Davison played together for the first time in 29 years, and a live reunion album was released; Davison's death in 2008 put any further reunions out of reach. In the summer of 2009, Virgin/EMI, which controls the Charisma library, released a fresh round of upgrades and expansions of the group's 1969-1970 material, and also the double CD Fillmore East, made from long-lost tapes of their December 1969 shows at the latter venue. ~ Bruce Eder, Rovi 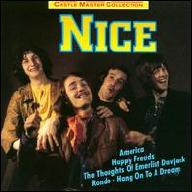 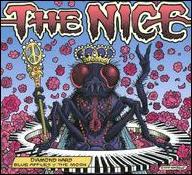 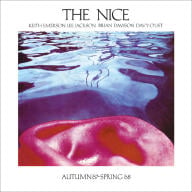 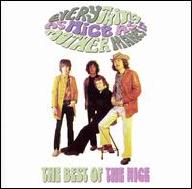 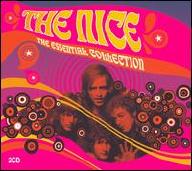 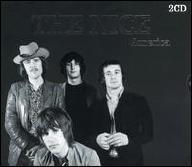 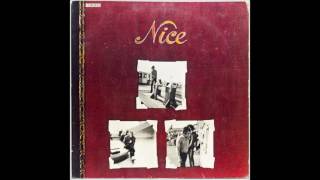 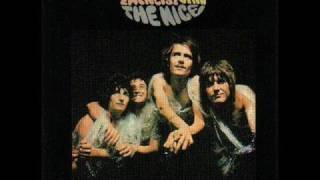 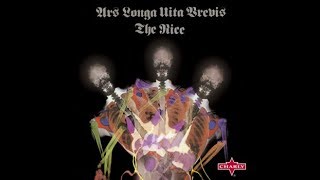 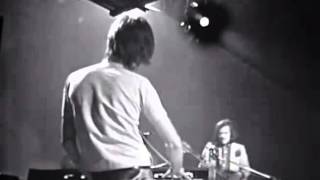 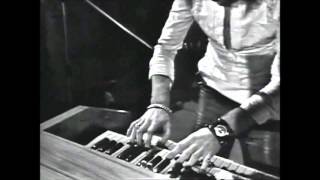 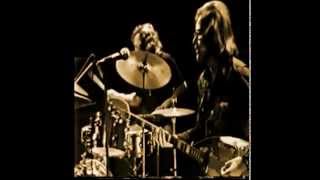