Close
Les Paul & Mary Ford
formed January 1, 1946 (age 76)
Biography
The husband-and-wife musical duo of Les Paul Mary Ford enjoyed immense popularity in the 1950s, with their popular appeal based as much on their musical talent as the revolutionary recording techniques developed by Paul. Both were music industry veterans when they came together as a couple, both professionally and romantically. Les Paul was one of the giants of music innovation in the 20th century, inventing multi-track recording, studio techniques such as "close miking," and -- most famously -- designing and building one of the first solid-body electric guitars. Iris Summers originally was a country music singer and guitarist, working with Gene Autry and Jimmy Wakely, and one of the Sunshine Girls trio, appearing briefly in the film #I'm from Arkansas. They were introduced to each other in 1946 by Gene Autry, and their chemistry was obvious -- they started performing together almost immediately. To make their billing simple, Paul selected "Mary Ford" from a telephone directory so her name would be almost as short as his. Their romantic and professional careers seemed perfect -- married in 1949, they began broadcasting The Les Paul Show to a national audience on NBC that same year.

The combination of Paul's technical genius and their national radio audience propelled them quickly to the top of the charts. Paul was an innovator in using multi-track recording, which had generated instrumental pop hits for him earlier in his career; now he was able to use Mary's voice for his most important studio experiments to date. First, he successfully achieved a close-miking effect by placing the microphone within six inches of her mouth, producing a warm and intimate sound. Then, by duplicating her performance on multiple tape tracks, it seemed she was harmonizing perfectly with herself, an effect that instantly connected the listener with the emotion of her recording. Together, they changed forever the sound of pop music. From that point until 1954, the duo of Les Paul Mary Ford had a 16 Top Ten hits, including an astounding five Top Ten hits in a nine-month span -- Tennessee Waltz, Mockin' Bird Hill, How High the Moon (which stayed at number one for nine weeks), The World Is Waiting for the Sunrise, and Whispering. Then, from August 1952 to March 1953, they had five more Top Ten hits: My Baby's Coming Home, Lady of Spain, Bye Bye Blues, I'm Sitting on Top of the World, and Vaya con Dios (which stayed at number one for 11 weeks).

They faded from the charts, as Paul's revolutionary studio techniques were adapted by other artists and producers. Mary grew disenchanted with the work and tour schedule of the music industry, while Les was happiest working, and so their relationship grew distant, resulting in a bitter divorce in 1964, which forever ended their professional association. Mary Ford died at the young age of 53, in 1977, from diabetes-related illness. A year later, In 1978, Les Paul Mary Ford were inducted into the Grammy Hall of Fame. Les Paul has won countless awards, the latest being in 2006, at the age of 90, when he won two Grammys for the album American Made World Played by Les Paul Friends. Despite the onset of arthritis, Paul continues to perform weekly at the Iridium club in New York. ~ Laurie Mercer, Rovi 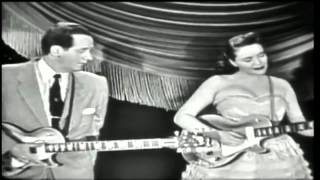 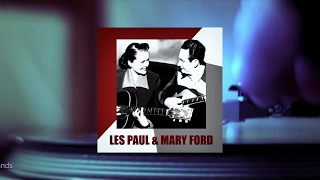 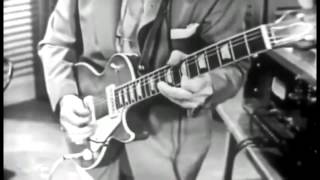 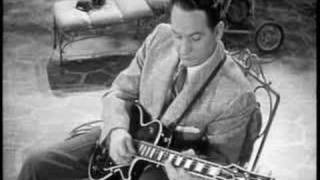 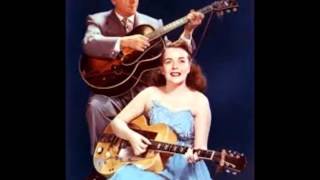 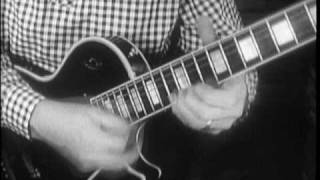 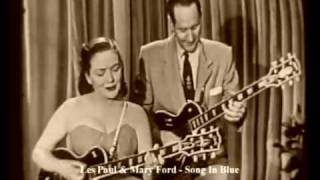