Close
Danny Whitten
from Columbus, GA
May 8, 1943 - November 18, 1972 (age 29)
Biography
Although he died early in his music career with Crazy Horse, Danny Whitten was the group's original leader and main focus. Not much is known about Whitten's early years, except that he was originally from the East Coast. Whitten met up with future Crazy Horse bandmember Billy Talbot at a Los Angeles club in the mid-'60s, and the duo (neither of whom played instruments at that point) formed a vocal group they dubbed Danny and the Memories. One of the bandmembers, Lou Molina, suggested that the newly formed outfit recruit his cousin Ralph, who was soon welcomed onboard. After an obscure single failed to chart, the group eventually changed styles and members when psychedelic rock became all the rage, with only Whitten, Talbot, and Ralph Molina remaining, they also picked up instruments (Whitten on guitar, Talbot on bass, and Molina on drums). Changing the band's name to the Rockets, the trio enlisted members George and Leon Whitsell (both guitarists), and to give its sound an original twist, electric violinist Bobby Notkoff.

The Rockets issued a lone, underappreciated self-titled debut in 1968, which came and went with little fanfare. But the band did make a fan out of Buffalo Springfield member Neil Young, who had jammed with the group on-stage while they were performing an extended residency at the famed Whisky A Go-Go on the Sunset Strip. After Young had split from Springfield and issued a solo debut, he wanted to assemble a raw and rocking band for a set of new tunes he'd penned for his second solo album so he invited the trio of Whitten, Talbot, and Molina to play on it. They accepted, which brought the end of the Rockets and the birth of Neil Young Crazy Horse. The resulting album, 1969's Everybody Knows This Is Nowhere, not only remains one of Young's best albums, but one of rock's all-time classics, spawning such radio staples as Cinnamon Girl and the jamfests Down by the River and Cowgirl in the Sand -- the latter two tracks showing that Young had found a perfect guitar foil in Whitten.

The new group toured to enthusiastic audiences (Young thought of the group as his "Rolling Stones," while another group he was in at the same time, Crosby, Stills, Nash Young, as his "Beatles") as Crazy Horse contributed to Young's next album, 1970's classic After the Goldrush (which included another Whitten/Young guitar duel in Southern Man). Crazy Horse signed a record deal with Reprise Records around this time, issuing a self-titled debut in 1971 (adding extra members Nils Lofgren on guitar and Jack Nitzsche on piano). Although the album failed to match the commercial success of their work with Young, it received favorable reviews -- especially the Whitten-penned and sung ballad I Don't Want to Talk About It.

But instead of enjoying his newly found success, Whitten sank further and further into heroin addiction -- leading to his dismissal from Crazy Horse shortly after the debut's release (the group would carry on with replacement members), and serving as the inspiration for Young's classic The Needle and the Damage Done. With Whitten growing dangerously more out of control now that he had no musical outlet, his old friend Young invited him to play guitar as part of a group he was assembling to tour arenas in late 1973, figuring it may finally help Whitten set his life straight. The only prerequisite Young asked from Whitten was that he be completely drug-free, which Whitten accomplished by replacing heroin with another vice -- alcohol. When Whitten proved to barely be able to play, he was sent back home. The same night he was fired, November 18, 1972, and given 50 dollars for a plane ticket to fly back home, he was found dead from a drug overdose at the age of 29 (Molina would later admit that in addition to his drug problems, Whitten was also distraught over his mother's then-recent death).

Whitten's death would later serve as the basis for one of Young's darkest songs (and albums), Tonight's the Night, while Young would eventually reunite with Crazy Horse, and new member Frank Poncho Sampedro taking Whitten's place in the group. Whitten's death remains a sad waste of talent as artists like Rod Stewart, Rita Coolidge, Everything but the Girl, and Nils Lofgren have covered his aforementioned ballad I Don't Want to Talk About It over the years. Whitten was also discussed (albeit briefly) in the 1997 Neil Young Crazy Horse documentary #Year of the Horse. ~ Greg Prato, Rovi

Danny Whitten - I Don't Want to Talk About It - 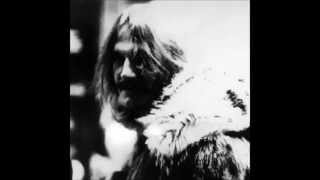 A Danny Whitten & Neil Young - The Needle And The Damage Done - 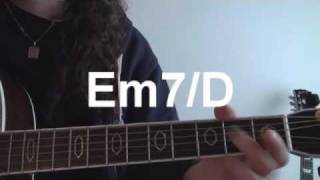 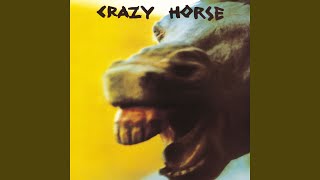 I Don't Want to Talk About It 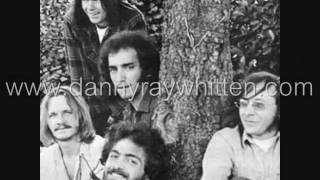 Crazy Horse/Danny Whitten I Don't Want to Talk About It 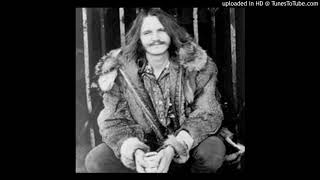