Close
Markus Stockhausen
from Cologne, Germany
May 2, 1957 (age 63)
Biography
An expressive trumpeter and composer whose broad artistry touches upon jazz, classical, and modern creative music, Markus Stockhausen has earned worldwide recognition for his forward-thinking and varied productions. The son of noted contemporary classical composer Karlheinz Stockhausen and a fixture on the international music scene since the 1970s, Stockhausen gained early exposure working with his father on such pieces as "Hymnen," "Sirius," and "Michael's Reise." Along with their 25-year partnership, he has collaborated with such luminaries as Arild Andersen, Ferenc Snétberger, and Florian Weber, and has been featured with such esteemed institutions as the London Sinfonietta, the Metropole Orkest, the 12 Cellists of the Berlin Philharmonic, the Swiss Jazz Orchestra, the Hamburg Symphony Orchestra, and others. As a composer, he has received commissions from the RIAS Chamber Choir, the London Sinfonietta, the Orchestra d'Archi Italiana, and the Winterthur Chamber Orchestra. Over the years, he has picked up accolades including winning the 1981 Deutscher Musikwettbewerb Prize and taking home the 2005 WDR Jazz Prize as Best Improviser. Highly prolific, he co-leads several groups with his wife, cellist Tara Bouman, and has recorded regularly, issuing albums like 1989's Aparis on ECM, 1995's Possible Worlds on CMP, and 2013's Spaces Spheres: Intuitive Music on Wergo.

Born in Cologne, Germany in 1957, Stockhausen actually made his recording debut at age four. He appeared on his father's recording of Originale as "child at play" along with his sister Christine. He began piano lessons at six, and in 1969 began studying jazz with Manfred Schoof and playing trumpet. In 1975 he added the instrument and flügelhorn to his formal studies in a secondary music school in Cologne. He also played and recorded with the fusion quintet Key. A year later, he played on his father's masterworks Sternklang and Ceylon/Bird of Passage. Stockhausen collaborated often with his father over the next 25 years (the elder composed several works specifically for him, including Michaels Riese). In 1980, the year before his final examinations, he was as a co-leader with Jasper Van't Hof on the recording Aqua Sansa; he also won the 1981 Deutscher Musikwettbewerb prize. Still largely unknown, he performed on the Eurythmics' In the Garden album that year as well (as did members of Can), and studied at the Berlin Philharmonic in 1983.

Stockhausen recorded for a number of labels during the late '70s and early '80s. In 1983, he was featured on his father's work Donnerstag Aus Licht, and a year later, as a featured collaborator on Rainer Bruninghaus' Continuum, his first session for ECM. The trumpeter and his brother Simon (saxophonist, synthesist, and composer) co-founded the avant-garde band Kairos in 1985 (it lasted until 1990 and they never recorded). In 1989, Stockhausen appeared on Ralph Towner's celebrated City of Eyes and made his own ECM debut as a leader with Cosi Lontano...Quasi Dentro. (Gary Peacock and Kairos' drummer Zoro Babel and pianist Fabrizio Ottaviucci were his sidemen). In 1990, he followed this set with Aparis in collaboration with Simon and Jo Thönes. Two years later, the same band issued Despite the Firefighters' Efforts. In 1992, ECM released an album of his father's trumpet concerto Michaels Reise. The ensemble included Markus, Simon, and clarinetist Suzanne Stephens. The composer also provided sound design.

Between 1993 and 1999, Stockhausen recorded in both classical and jazz settings for several labels. Among the highlights from the period are New Colors of Piccolo Trumpet (EMI Classics, 1993); Possible Worlds (CMP, 1994); Sol Mestizo (ACT, 1996), and Still Light for Paracelsus (MA Recordings, 1996).

The trumpeter played in an improvisational jazz trio with bassist Arild Andersen and drummer Patrice Heral, and in 1999, they were joined in the studio by guitarist Terje Rypdal. Their album Karta was issued by ECM in 2000. The same year, Stockhausen also issued Solo I for Aktivraum, followed in 2001 by In Deiner Nähe.

For the first ten years of the new century, Stockhausen directed a concert series called Klangvisionen, with intuitive music in the church of St. Maternus in Cologne. He also remained active recording as a sideman, collaborator, and his own leader dates in a diverse range of projects. He was a featured soloist on the Tiger Dixie Band's 2003 set Bix; he reunited with the Andersen and Heral trio on Joya for Enja -- this time with guitarist Ferenc Snétberger (he also cut a duet album with the axeman for the label in 2007, entitled Streams). For Aktivraum, he recorded nonDUALITY with Simon, a trumpet and string orchestra offering Symbiosis and Symphonic Colours, the latter comprising two dates combined of vanguard jazz and contemporary classical music.

In 2008, Aktivraum released another reunion of the Stockhausen/Andersen/Heral improv trio, this time with Polish pianist Wladyslaw Sendecki. In 2010, the trumpeter recorded Eternal Voyage with an international sextet that delved into Eastern traditional, Mediterranean folk musics, and bold free improvisation. Universally acclaimed as a bold and bracing new direction, it is also notable because it signaled the beginning of Stockhausen's working relationship with jazz pianist Florian Weber. Duo concerts followed in their hometown of Cologne, and touring in and around Munich. At first, Stockhausen was the sole composer, but as the relationship grew, Weber brought in tunes and began writing expressly for the duo. Though they originally worked with electronics in addition to their standard instrumentation, they eventually evolved into a strictly acoustic unit.

Stockhausen continued recording as a featured soloist when not playing with Weber. Over the next couple of years he appeared on recordings by Irmin Schmidt, Stevko Busch, and Angelo Comiso. In 2013, Markus Stockhausen the Metropole Orkest was released by Intuition. His Wergo album Spaces Spheres, with Mark Nauseef, Tara Bouman, Stefano Scodanibbio, and Ottaviucci, appeared later that year. Subsequently, the Stockhausen/Weber duo became a more active concern, and while the trumpeter/composer still worked with others, the duo became his primary project. Alba, their debut studio offering, was released by ECM in 2016. The following year, he paired with cellist Jörg Brinkmann and drummer Christian Thomé for the electronics-accented production Far into the Stars. ~ Thom Jurek, Rovi 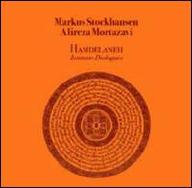 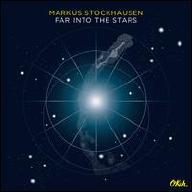 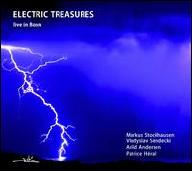 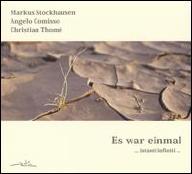 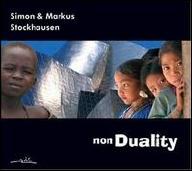 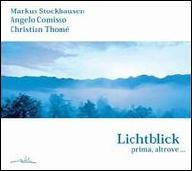 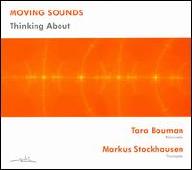 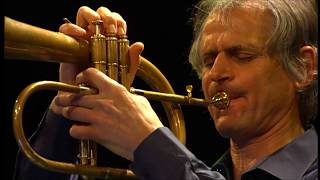 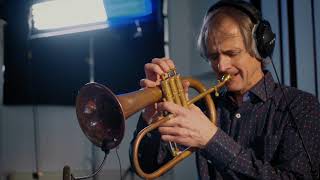 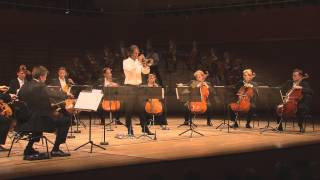 Markus Stockhausen and the 12 Cellists of the Berlin Philharmonic Orchestra 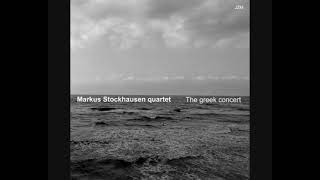 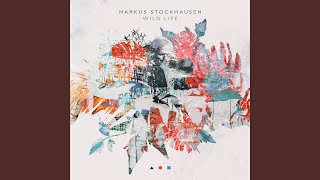 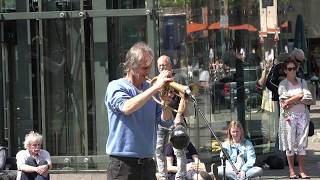 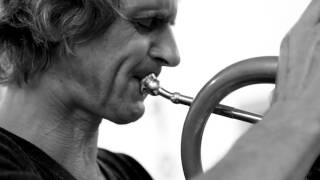