Close
Jap Allen
January 1, 1899 (age 122)
Biography
The talented Jasper Jap Allen started out on violin, switching to tuba in high school and eventually taking up string bass. He led a band that was considered one of the top territorial bands of the '30s; gave tenor saxophone great Ben Webster an early job as a sideman; and Allen himself is credited as being a tenor saxophonist in a famous anecdote about Kansas City jazz legend Charlie Parker. All told, it seems like Jap Allen has the makings of a Kansas City legend himself. Like many of that city's finest players, Allen studied under Major N. Clark Smith. Following high school, he began to play professionally in the Hod Carriers Band before joining the Paul Banks Band for a year beginning in 1927. After that he established a reputation as a bandleader, and by the early '30s the Jap Allen Band was in action. Jap Allen's Troubadours was also a name the group used.

The band's reputation was savory enough for the soulful Webster to leave his job with Bennie Moten's band, but unfortunately for Allen this would become a revolving door. He also had Clyde Hart on piano, who would eventually go on to work with bebop trumpet high priest Dizzy Gillespie. Trumpeter Joe Keys, whose last name is a jazz musicians' dream and a locksmith's nightmare, was another defector from the Moten band. Allen put his band to work whenever he wanted to in his hometown, but also embarked on tours that had no set perimeters. An engagement in Tulsa at the Casa Loma Ballroom lasted for months. O.C. Wynne became the band frontman and the group began to be billed as Jap Allen His Cotton Club Orchestra. This group backed up classic blues singer Victoria Spivey.

Allen's group could not survive 1932, however. Vocalist Blanche Calloway conducted a raid, stealing a half-dozen sidemen including the choice Webster, who could make a convict weep simply by blowing air through his horn. Allen began playing with Tommy Douglas, then relocated to St. Louis where he provided music in a Chinese restaurant; perhaps a gig to be envied by many a musician that favors this type of cuisine, and would like to be able to eat it on the job. He also gigged with players such as Dewey Jackson and Fate Marable, and by the close of the year had switched exclusively to playing bass.

The late '30s and onward found Allen a part of the bustling Chicago music scene. Under the wing of the famous bandleader and trumpeter King Kolax, he finds his way into the jazz bedtime story book as a bedraggled Charlie Parker arrives in Chicago and camps out all day at a club where his hometown associate Kolax was playing later that night. The balance of the story is a jam session saga, with Parker triumphing this time over the hotshot but horribly named alto saxophonist Goon Gardner. The story's only detail of interest concerning Allen is that all of a sudden he is playing tenor saxophone. This could be the type of detail that gets fudged in the retelling of an epic saga, as there is evidence elsewhere of Allen being the Kolax band's bassist. He also worked in the bands of Artie Starks and Bob Tinsley. In the '50s, he bought a farm in North Carolina and began doing some jazz playing around the Durham area. His brother Clifton Allen was a saxophonist, but is not the same man as Edward Clifton Allen, a trumpeter from roughly the same era. ~ Eugene Chadbourne, Rovi 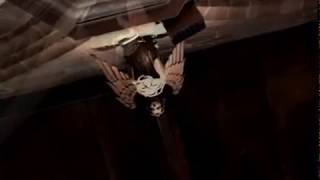 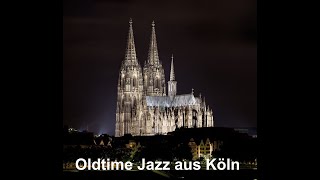