Close
Phyllis Dillon
from Linstead, St. Catherine, Jamaica
December 27, 1944 - April 15, 2004 (age 59)
Biography
Although her initial recording career was relatively short, Phyllis Dillon made a major impact on Jamaican music, and remains one of the most beloved singers associated with rocksteady and early reggae. Blessed with a sweet, smooth soprano, she recorded dozens of songs in Kingston with producer Duke Reid, including originals as well as covers of American pop and soul tunes. After becoming a sensation in her home country, her fame spread internationally, and she helped popularize rocksteady throughout the world. However, her lack of monetary compensation, as well as her desire to spend more time with her family, caused her to bow out of the music industry for the better part of two decades.

Phyllis Dillon hailed from Linton, St. Catherine -- considered the country -- in the middle of Jamaica. The area, a far cry from Kingston, is where she started singing in school, church, and later with a band called the Vulcans. The crack band found employment all over Jamaica. It was at a gig at the Glass Bucket in Kingston where Dillon caught ska and rocksteady session guitarist Lyn Taitt's ears, who suggested she see Reid. She was 19, still living at home, and green as grass. Taitt served as Reid's musical arranger at the time. She signed with Reid in 1965 and never recorded for another Jamaican producer, which was unusual, since most Jamaican artists played with several musical producers, going from Reid to Bunny Lee to Coxsone Dodd and so on.

The exciting soprano recorded in a light rocksteady style with soul and pop mixed in to form the complete package. She wrote her first single, the beautiful ballad "Don't Stay Away"; it came out in 1966 and was an instant local success. A succession of engaging singles further enhanced her legend and she became the uncrowned queen of rocksteady. She recorded duets with Alton Ellis, who she cites as one who encouraged her professionally and Hopeton Lewis. The most popular ones are "Right Track," with Ellis, and "Walk Through This World with Me" and "Love Was All We Had" with Hopeton Lewis. Her solo hits include "Perfidia," the self-written "Rock Steady," "One Life to Live," "Tomato," "Nice Time," "We Belong Together," and many others. She worked steadily in Jamaica, hung out at Kingston clubs, dances, and the beaches, necessary activities for promoting records and networking. Despite her perceived success, with all the hits and accolades, she made no money from her recordings, and still lived in Linton with her parents.

Fed up and wanting something besides music, Dillon left Jamaica in December of 1967 for New York City. Trading the country environment of Linton for the urban Big Apple, she found employment in temporary and odd jobs before landing a stable position at a bank where she worked for decades. Early on she would go to Jamaica twice a year to record for Reid and play the Jamaican clubs, using her vacation time for the excursions. She occasionally flew to London to do shows, but her time was largely spent raising her family. She recorded one full-length, One Life to Live, but gave up her musical career shortly after. In the 1990s, she made a successful comeback after entertainment manager Michael Bonnet urged her to begin performing again. Sadly, Phyllis Dillon was diagnosed with cancer in the early 2000s, and she passed away in April of 2004. In 2009, she was posthumously awarded the Order of Distinction by the Jamaican government. Her work can be found on solo anthologies and a long list of compilations from Trojan and Heartbeat Records. ~ Andrew Hamilton & Paul Simpson, Rovi 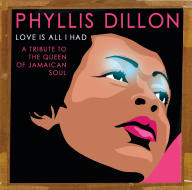 Love Is All I Had: A Tribute to the Queen of Jamaican Soul
2004 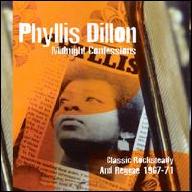 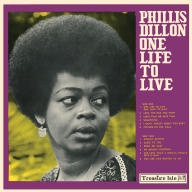 One Life to Live
1972
Videos
Close 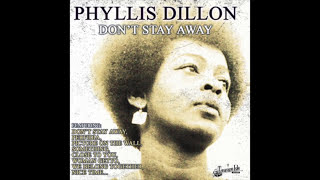 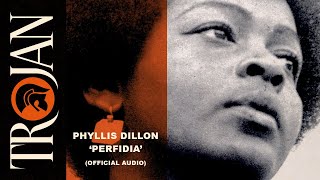 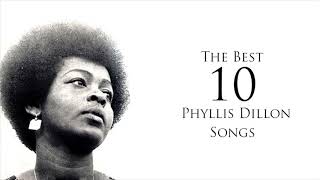 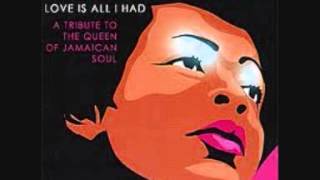 Phyllis Dillon Picture On The Wall 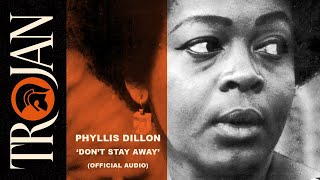 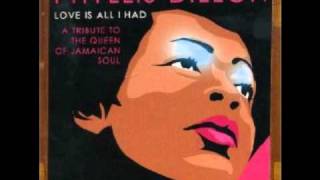 phyllis dillon Love that a woman should give to a man 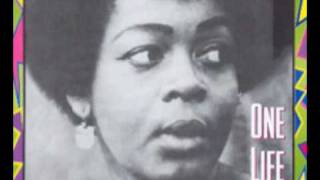