Close
Franny Beecher
from Norristown, PA
September 29, 1921 - February 24, 2014 (age 92)
Biography
If Frank Franny Beecher's life had followed the career arc that he'd expected in 1954, he'd probably be remembered today by a relatively tiny coterie of Philadelphia music enthusiasts for his jazz playing, and never discussed except when he turned up in a discography. Instead, he's past the age of 80 and still gets to tour Europe, playing before thousands of people at a time and still plays gigs around his native Philadelphia. He's regarded as a guitar hero of early rock roll and a peer of Scotty Moore and Cliff Gallup.

Franny Beecher (some sources spell it "Frannie") was a jazz guitarist, and a veteran of Buddy Greco's and Benny Goodman's bands in 1954. He had a regular day job and was playing in a trio at night, not making too much money, when a call came in during the summer of 1954 asking if he'd want to play with this strange combo from outside Philadelphia that was playing a kind of country music-cum-RB. The group was Bill Haley His Comets, who had just broken through with their first serious hit, a version of Shake, Rattle Roll; the group's lead guitarist, Danny Cedrone, had died in an accident, however, and the slot needed filling. Beecher came in and began playing, initially as a part-time member for their recording dates, and after a slightly rough start. He told interviewer Bob Berman that on one of his first rehearsals, he was interrupted in an improvised solo by Haley, who told him to play only major scales and stay away from flatted fifths and other jazz permutations, he slotted right in. By the summer of 1955, Beecher was a full member of the group, just in time for the streak to the top of the charts by their signature tune, Rock Around the Clock, which had been recorded with Cedrone more than a year earlier. The salary, 175 dollars a week (later raised to 300 dollars, at a time when most Americans brought in around a third of that doing work they didn't like) whether the band played or not, plus money from recording dates and all expenses for travel, meals, and lodging covered, was the kind of work that few jazz musicians were being offered at the time. Hearkening back to the heyday of the top big bands, this put Beecher among the elite of early rock roll, in terms of status and remuneration, and he earned it.

For the next six years, Beecher played all of the concerts, television shows, and movies that the Comets appeared in: #The Ed Sullivan Show, feature films, and any other moments preserved for posterity. He started out trying to emulate the nuanced work that Cedrone had brought to the three major songs on which he'd played, but he opened up quickly to a freer approach that mixed rockabilly, jazz, RB, and country influences about as distinctively as anyone ever did during that era. What's more, because the Comets recorded more than just about any other rock roll band of the period, Beecher ended up represented on about 160 songs over a six-year period. Not all of them were terribly worthwhile as rock roll; the songs off of Rockin' Around the World didn't constitute a great moment in rock music history, but Beecher and Rudy Pompilli usually carried even the most uninspired songs in the group's output.

Beecher, like the other Comets, was virtually a star in his own right and he continued playing with the group long after their hits stopped coming in 1958 and well into the era when the government was attaching Haley's income for unpaid taxes. The financial history of the group was a nightmare of bad investment, inadequate bookkeeping, and withholding for taxes, and there were stretches of time where, to get paid at all, the band had to perform and record outside of the United States for direct cash compensation. Beecher finally left in 1961 in order to preserve his marriage, though he was hired back by Haley for a series of gigs at the Roundtable club in New York in 1962, a dozen songs from which were released by Roulette Records. He remained on the periphery of music for many years while various successors, including Johnny Kay, filled his lead guitar slot in the latter-day Comets.

In the 1970s, he drifted in and out of the business before reuniting with the other surviving early Comets -- including Joey d'Ambrosio and Marshall Lytle -- for performances that have continued into the 21st century. Rather ironically, Beecher, who succeeded Cedrone, whose life ended before he ever knew the fame his work on those early records would achieve, has, with Lytle and D'Ambrosio, lasted more than a quarter century longer in the music business than Haley himself. The bandleader and singer died in 1981 and 21 years later, Franny Beecher was still playing to capacity crowds in Europe as a member of the Comets, and was still being cited as a hero by other guitarists two generations or more younger than he is and more than 40 years after his last major chart record was released. ~ Bruce Eder, Rovi 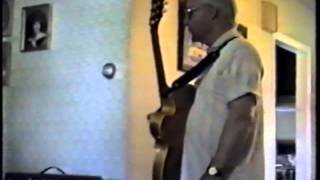 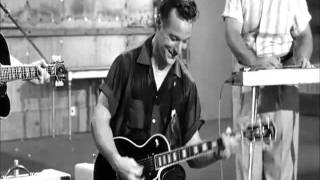 Bill Haley & The Comets - Goofin' Around. 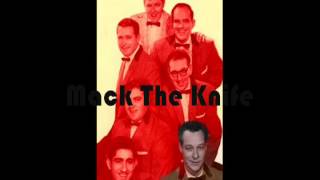 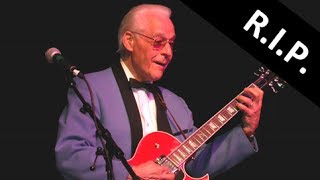 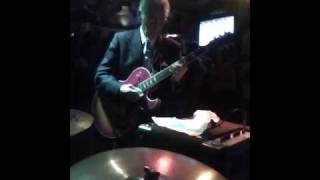 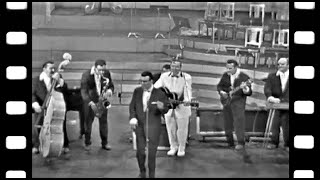 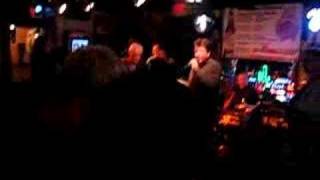