Close
Antônio Carlos Jobim
from Rio De Janeiro, Brazil
January 25, 1927 - December 8, 1994 (age 67)
Biography
It has been said that Antonio Carlos Brasileiro de Almeida Jobim was the George Gershwin of Brazil, and there is a solid ring of truth in that, for both contributed large bodies of songs to the jazz repertoire, both expanded their reach into the concert hall, and both tend to symbolize their countries in the eyes of the rest of the world. With their gracefully urbane, sensuously aching melodies and harmonies, Jobim's songs gave jazz musicians in the 1960s a quiet, strikingly original alternative to their traditional Tin Pan Alley source.

Jobim's roots were always planted firmly in jazz; the records of Gerry Mulligan, Chet Baker, Barney Kessel, and other West Coast jazz musicians made an enormous impact upon him in the 1950s. But he also claimed that the French impressionist composer Claude Debussy had a decisive influence upon his harmonies, and the Brazilian samba gave his music a uniquely exotic rhythmic underpinning. As a pianist, he usually kept things simple and melodically to the point with a touch that reminds some of Claude Thornhill, but some of his records show that he could also stretch out when given room. His guitar was limited mostly to gentle strumming of the syncopated rhythms, and he sang in a modest, slightly hoarse yet often hauntingly emotional manner.

Born in the Tijuca neighborhood of Rio, Jobim originally was headed for a career as an architect. Yet by the time he turned 20, the lure of music was too powerful, and so he started playing piano in nightclubs and working in recording studios. He made his first record in 1954 backing singer Bill Farr as the leader of "Tom and His Band" (Tom was Jobim's lifelong nickname), and he first found fame in 1956 when he teamed up with poet Vinícius de Moraes to provide part of the score for a play called +Orfeo do Carnaval (later made into the famous film #Black Orpheus). In 1958, the then-unknown Brazilian singer João Gilberto recorded some of Jobim's songs, which had the effect of launching the phenomenon known as bossa nova. Jobim's breakthrough outside Brazil occurred in 1962 when Stan Getz and Charlie Byrd scored a surprise hit with his tune Desafinado -- and later that year, he and several other Brazilian musicians were invited to participate in a Carnegie Hall showcase. Fueled by Jobim's songs, the bossa nova became an international fad, and jazz musicians jumped on the bandwagon, recording album after album of bossa novas until the trend ran out of commercial steam in the late '60s.

Jobim himself preferred the recording studios to touring, making several lovely albums of his music as a pianist, guitarist, and singer for Verve, Warner Bros., Discovery, AM, CTI, and MCA in the '60s and '70s, and Verve again in the last decade of his life. Early on, he started collaborating with arranger/conductor Claus Ogerman, whose subtle, caressing, occasionally moody charts gave his records a haunting ambience. When Brazilian music was in its American eclipse after the '60s, a victim of overexposure and the burgeoning rock revolution, Jobim retreated more into the background, concentrating much energy upon film and TV scores in Brazil. But by 1985, as the idea of world music and a second Brazilian wave gathered steam, Jobim started touring again with a group containing his second wife Ana Lontra, his son Paulo, daughter Elizabeth, and various musician friends. At the time of his final concerts in Brazil in September 1993 and at Carnegie Hall in April 1994 (both available on Verve), Jobim at last was receiving the universal recognition he deserved, and a plethora of tribute albums and concerts followed in the wake of his sudden death in New York City of heart failure. Jobim's reputation as one of the great songwriters of the century is now secure, nowhere more so than on the jazz scene, where every other set seems to contain at least one bossa nova. ~ Richard S. Ginell, Rovi 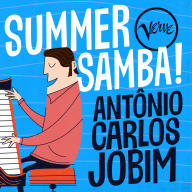 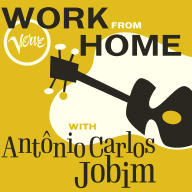 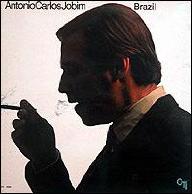 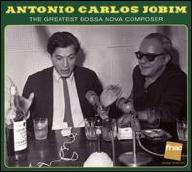 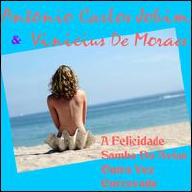 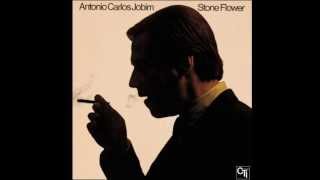 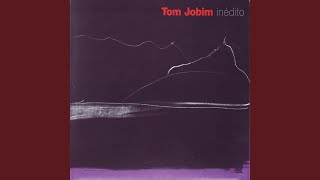 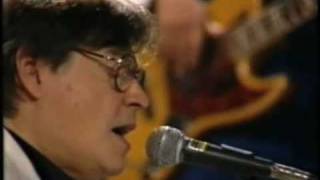 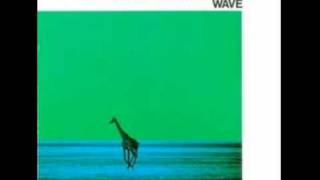 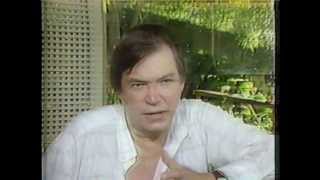