Close
Larry Blackmon
from New York, NY
May 24, 1956 (age 65)
Biography
Larry Blackmon was the leader/drummer/producer/principal songwriter of the funk band Cameo. Blackman's nasal funky vocals can be heard on the #1 R&B hits So Strange, Word Up and Candy.

Blackmon grew up in Harlem in a neighborhood that included the legendary Apollo Theater. As a child, his aunt would take him to see such greats as Jackie Wilson, Sam Cooke and James Brown. In his teens, he started playing drums in a band. Getting into recording session work, Blackmon played on sides by Black Ivory such as Don't Turn Around, which went to #38 R&B on Billboard's R&B chart in late 1971. He then joined a group called The New York City Players, who recorded a disco single, Find My Way. The single came to the attention of Neil Bogart, head of Casablanca Records. Find My Way was reissued on Cecil Holmes' Chocolate City label, a subsidiary of Casablanca. The New York City Players evolved into Cameo with Blackmon becoming the band's leader.

In 1983, Blackmon moved his base of operations to Atlanta, GA and formed his own label, Atlanta Artists, which was distributed by Polygram Records. The third single, She's Strange, co-written by Blackmon, Charlie Singleton, Nathan Leftenant and Tomi Jenkins, held the #1 R&B spot for four weeks, #47 Pop on Billboard's charts in spring 1984. The She's Strange LP went gold and also yielded Talkin' Out The Side Of Your Neck (#21 R&B, summer 1984) and Hangin' Downtown. Their next LP, Single Life went gold and gripped the #1 R&B spot for three weeks (#58 Pop) off the strength of the singles, Attack Me With Your Love (#3 R&B, spring 1985), Single Life (#2 R&B, summer 1985) and the mellow A Goodbye. Single Life also included the jaunting I've Got Your Image, the cautionary '80s-era nuclear war themed/reggae-flavored Dangerous Toys and a duet ballad between Blackmon and Barbara Mitchell, former lead singer of Motown act High Inergy.

In 1986, Blackmon pared down the at one-time 13-member Cameo to himself, Tomi Jenkins and Nathan Leftenant, using guest musicians in concert and on record. Blackmon's muse was sparkled by a popular hip hop expression of the time, "word up." He included rock influences on what would become Cameo's second number one R&B single, Word Up. The smash hit parked at #1 R&B for three weeks, #6 Pop in fall 1986. The Word Up LP went platinum, locking at #1 R&B for five weeks, #8 Pop in fall 1986. It boasted the sweet ballad Don't be Lonely, the optimistic You Can Have The World, the funny She's Mine and another number one R&B single, Candy, which stayed at #1 R&B for two weeks, #21 Pop in early 1987. Its smooth chugging follow-up, Back and Forth went to #3 R&B, #50 Pop in spring 1987. The snare drum sound that Blackmon created for Word Up and Candy was duplicated on releases by a wide range of artists. In spring 2000, Cameo's first album of the 21st century, Sexy Sweet Thing was issued. ~ Ed Hogan, Rovi 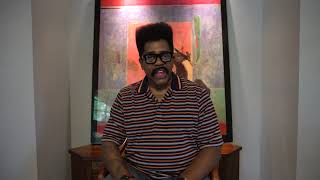 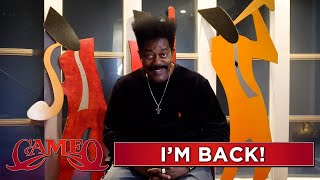 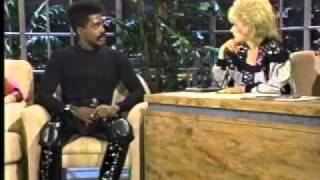 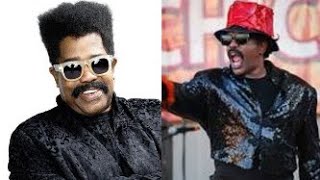 Sad News For Lead Singer Larry Blackmon. The Singer Has Been Confirmed To Be 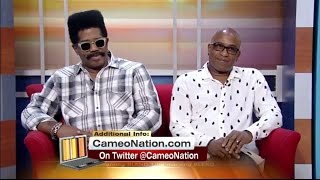 30 Years Of Word Up! Larry Blackmon & Tomi Jenkins of CAMEO on The Morning Blend 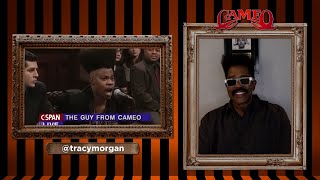 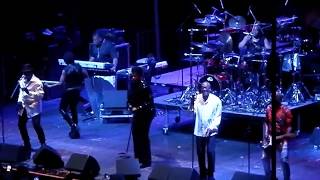