Close
Brook Benton
from Camden, SC
September 19, 1931 - April 9, 1988 (age 56)
Biography
Silky smooth: that was Brook Benton's byword from his first record to his very last, as the singer parlayed his rich baritone pipes into seven number one RB hits and eight Top Ten items. Stints on the gospel circuit preceded Benton's first secular session for Okeh in 1953, but his career didn't begin to take off until he teamed with writer/producer Clyde Otis. Benton co-wrote and sang hundreds of demos for other artists before frequent collaborator Otis signed his friend to Mercury; together they pioneered a lush, violin-studded variation on the standard RB sound, which beautifully showcased Benton's intimate vocals.

Benton crashed the top spot on the RB charts in early 1959 with his moving It's Just a Matter of Time, then rapidly encored with three more RB chart-toppers: Thank You Pretty Baby, So Many Ways, and Kiddio. Pairing with Mercury labelmate Dinah Washington, their delightful repartee on Baby (You've Got What It Takes) and A Rockin' Good Way paced the RB lists in 1960.

The early '60s were a prolific period for Benton, but he left Mercury a few years later and bounced between labels before reemerging with the atmospheric Tony Joe White ballad Rainy Night in Georgia on Cotillion in 1970. Benton later made a halfhearted attempt to cash in on the disco craze, but his hitmaking reign was at an end long before his death in 1988. ~ Bill Dahl, Rovi 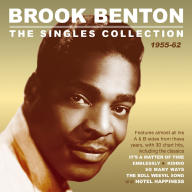 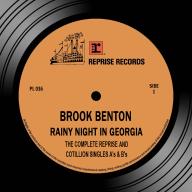 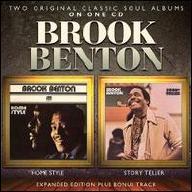 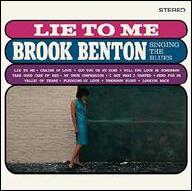 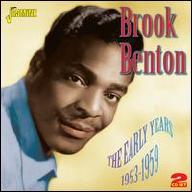 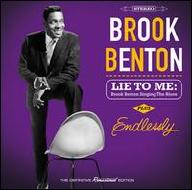 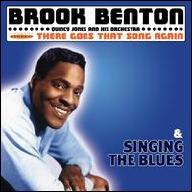 There Goes That Song Again / Singing the Blues
2013
Videos
Close

Brook Benton - ALL THE BEST (FULL ALBUM - THE BEST OF SOUL) 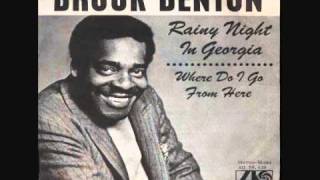 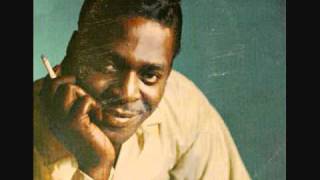 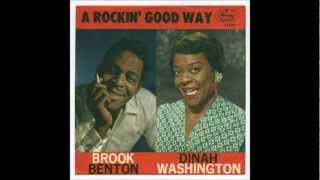 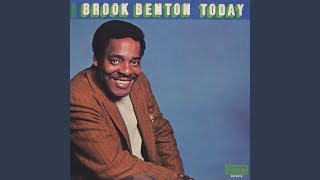 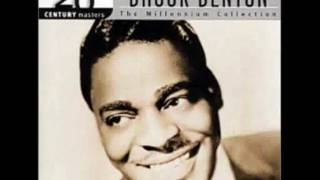