Close
Alan Gowen
from North Hampstead, England
August 19, 1947 - May 17, 1981 (age 33)
Biography
In his all-too-brief music career, keyboardist and composer Alan Gowen garnered respect from his peers and a small cult audience but little more than that, although he arguably deserved much more. He made his initial mark within what is now referred to as the Canterbury scene of British prog rock, which received a fair amount of critical acclaim but usually only moderately sized audiences, and he also arrived on the scene after the late-'60s and early-'70s Canterbury heyday, thus never achieving the levels of attention enjoyed by such fellow keyboardists as Soft Machine's Mike Ratledge, Caravan's Dave Sinclair, and Dave Stewart of Egg, Hatfield and the North, and National Health. Yet, his relatively small body of work reveals a searching and explorative sensibility that might have brought him wider artistic acclaim and even an acknowledgment of his impact on latter-day musicians extending into the 21st century -- had he not died of leukemia on May 17, 1981. As is the case with so many musicians who have died prematurely, this is something that can only be surmised.

Although Gowen had been involved in early-'70s Afro-rock band Assagai and the short-lived Sunship (percussionist Jamie Muir, who later joined Larks' Tongues in Aspic era King Crimson, was a member of both groups, and guitarist Allan Holdsworth was briefly a member of the latter), he first achieved relative prominence as the driving force behind Gilgamesh, an instrumental prog and jazz-rock band formed in late 1972 and including drummer Mike Travis, saxophonist Alan Wakeman, bassist Jeff Clyne, and guitarist Rick Morcombe. The Gilgamesh lineup had already gone through a number of changes before settling into the quartet configuration (with Gowen, Travis, Clyne, and guitarist Phil Lee) heard on the group's self-titled debut album. Recorded at the Manor with a co-production credit by Dave Stewart, Gilgamesh was issued by the Virgin Records budget-line imprint Caroline in August 1975, and this is where most listeners first became aware of Gowen.

Most of the album's compositions were penned by the keyboardist, and display some hallmarks of the latter-day Canterbury style, particularly a combination of lightness, complexity, and melodicism along with a somewhat cerebral rather than visceral attitude -- not a recipe for mass popularity during an age of ascendency for punk and disco. In addition, there were some elements -- particularly the closing three-part suite including such whimsically named titles as "Someone Else's Food" and "Jamo and Other Boating Disasters" -- that seemed to echo Hatfield and the North's Rotters' Club LP issued around the same time, perhaps not surprising given Stewart's role as co-producer.

Gowen and Stewart's collaborative history could actually be traced back to a pair of November 1973 gigs in Leeds and London that Gilgamesh and Hatfield and the North played together as a combined double quartet -- with arrangements by Gowen. These gigs planted the first seeds for the later band National Health, originally intended as a large ensemble featuring members of both groups, but ultimately (due to financial challenges) reduced to a quartet not including Gowen in its core membership when the eponymous National Health album was released in 1977. By then, National Health consisted of Stewart, guitarist Phil Miller, drummer Pip Pyle, and bassist Neil Murray -- but Gowen participated in the sessions and was far from a minimal presence, as can be gleaned by his penning of "Brujo" and co-write (with Stewart) of "Elephants," and his fine playing on Moog and electric piano throughout the album. Gowen's crucial involvement in early National Health history was also made evident via the subsequent release of Missing Pieces (East Side Digital, 1996), featuring various demo and radio session recordings by expanded 1975-1976 lineups -- including not only the dual keyboards of Gowen and Stewart but also bassist Mont Campbell (Egg) and drummer Bill Bruford -- that perhaps best represented the initial vision for the band.

In the dual-keyboard recordings of National Health, rock-attuned listeners might have found Gowen's fluid synthesizer lines, with their round clarinet and flute-like tones, to be less assertive than the sometimes more prog rockish keyboard attacks of Stewart, but Gowen seemed to be positioning himself in a different sonic space, with a creative imagination drawing from the rippling overdubbed keyboard ostinatos of Ratledge on "Out-Bloody-Rageous" from Soft Machine's Third, Brian Eno's early ambient experiments, and such spacier jazz fusion efforts as Miles Davis' In a Silent Way and other Rhodes-heavy efforts of the '70s electric jazz era.

These various influences can be heard in such LPs as the second Gilgamesh LP, Another Fine Tune You've Got Me Into; 1978's Rogue Element by the Soft Head quartet, Soft Heap (released in 1979 by the quartet of the same name); Two Rainbows Daily by the Hugh Hopper/Alan Gowen duo; and Gowen's final recording, the composed/improvised outing Before a Word Is Said by the quartet of Gowen, Miller, bassist Richard Sinclair, and drummer Trevor Tomkins. (Gowen was reportedly very ill during the latter portion of the Before a Word Is Said session although he apparently remained in high spirits throughout the recording; he died before hearing the completed album.) One of Gowen's most important late collaborators was aforementioned bassist Hopper who, like reedman Elton Dean, was exploring a British variant on post-fusion that eschewed the pyrotechnics of American fusion stars in favor of Miles and Trane-influenced modalism and free jazz mixed with a certain post-Soft Machine spaciness. Not only did Hopper pair up with Gowen for Two Rainbows Daily; he also played bass on Another Fine Tune You've Got Me Into, Rogue Element, and Soft Heap.

As is sometimes the case with musicians and other artists who leave us too soon, some surprises were in store for listeners after Gowen had died -- surprises related to both Gilgamesh and National Health. As for the first group, the Cuneiform label released the archival compilation Arriving Twice in 2000, featuring previously unreleased tracks from three separate Gilgamesh incarnations between 1973 and 1975. Although a disclaimer that "none of these tapes were originally intended for release" was included in the CD booklet, at times the recordings and performances actually seemed more gutsy than the previous "legitimate" Gilgamesh albums had been. The band as a whole, and Gowen in particular, nicely balanced the ethereal, spacy, and complex with punch and drive -- and the rough spots in the recording (some of which was in mono) actually lent a certain immediacy to the proceedings.

And as for an alternate view of Gowen through the prism of National Health, one must return to 1982, when that band's D.S. al Coda album was released as a memorial to Gowen. The LP consisted entirely of his compositions performed by an extended National Health ensemble, with Dave Stewart handling the keyboards and in many cases jamming out with a noisy attack that, to ears accustomed to the more low-key approaches of most of the issued recordings actually featuring Gowen, seemed rather un-Gowen-like. But in fact, Gowen could muster his fiery side on the keys, pushing himself and his bandmates in National Health, while also demonstrating an ever-evolving composition acumen. The final version of the group -- a quartet with Gowen, John Greaves on bass, Miller on guitar, and Pyle on drums -- put these facets of Gowen's musical personality fully on display, yet had never been heard on LP. Thanks to Playtime, a recording culled from two live National Health dates in 1979 and also released by Cuneiform (in 2001), listeners could hear this side of the keyboardist they might have missed -- and Alan Gowen's premature loss was perhaps even more keenly felt. ~ Dave Lynch, Rovi 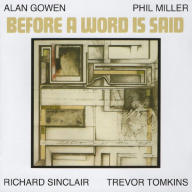 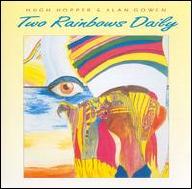 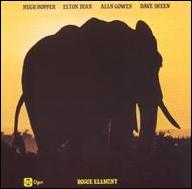 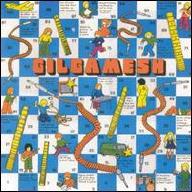 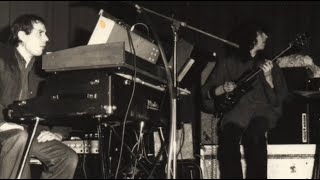 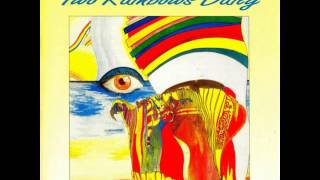 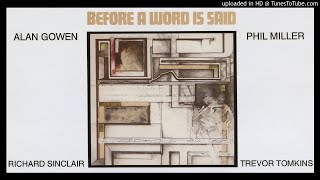 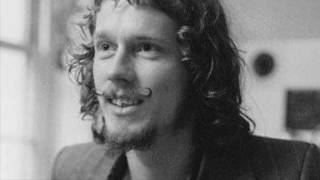