Close
Makoto Ozone
from Kobe, Japan
March 25, 1961 (age 59)
Biography
Japan's Makoto Ozone is an internationally recognized, award-winning jazz pianist who is also an accomplished classical musician. Since making his recorded debut in 1984, he has been a mainstay at jazz festivals and concert halls across the globe.

Ozone was born in Kobe, Japan in 1961. His father, a jazz organist, had him studying organ at the age of four. Before he was five, he was improvising the blues. After hearing an Oscar Peterson record at 12, he fell in love with jazz and took up the piano. At 19, he attended the Berklee College of Music to study composing and arranging. He was noticed by Gary Burton, who began to mentor him; he also joined Burton's band for a time. After graduation, he played a solo recital at the Carnegie Recital Hall in 1983 that set the jazz world on its head. He was signed to Columbia not long after. His 1984 self-titled debut recording featured Burton and bassist Eddie Gomez as his sidemen. The album was critically celebrated for Ozone's knowledge and mastery of the full jazz piano spectrum. He followed it with the 1986 quintet offering After (adding Billy Pierce and Tommy Campbell to his lineup), the 1987 solo piano Now You Know, and a trio album of jazz standards, Spring Is Here, with drummer Roy Haynes and bassist George Mraz. It marked his final album for the label. Besides touring with his own bands, Ozone found time to play on a number of very diverse jazz recordings by Paquito D'Rivera, Marc Johnson, Chuck Loeb, and Burton.

In 1989, he began a series of one-off albums for different labels including Starlight (JVC, 1990), Breakout (Verve, 1994), a duet offering with Burton entitled Face to Face (GRP, 1995), and Nature Boys, with drummer Peter Erskine and bassist John Patitucci. He had played the North Sea and Montreux Jazz Festivals several times by this juncture, and in 1997 issued the concert recording At Montreux Jazz Festival with vocalist Kimiko Itoh and the studio effort Trio (with bassist Kiyoshi Kitagawa and drummer Clarence Penn), both in 1997. The latter won the Best Jazz of Japan award from Swing Journal. The band's chemistry was so incisive and forward-thinking, Ozone enlisted the pair for two more dates, a collection of originals entitled Three Wishes, and Dear Oscar, dedicated to Peterson. The latter album went on to win Best Jazz of Japan Award 1998.

Ozone relocated to New York City in 1999 and immediately released No Strings Attached with the same trio. The group took on club and festival dates as well as backing the occasional soloist or vocalist. The same year, he also composed a piano concerto, performed by his trio together with a 70-piece orchestra that premiered in Mexico. Ozone also found time to collaborate with Kazumi Watanabe on the guitarist's album Dandyism, with two more trio dates -- Pandora and So Many Colors -- followed by another duet set in 2002 with Burton entitled Virtuosi. That same year he also issued the quintet set Treasure with bassist James Genus, Penn, additional pianist Chick Corea, saxophonist Michael Brecker, Burton, and vocalist Jon Hendricks. But Ozone was also in constant motion: He toured hard with his trio (with Genus), throughout Asia, Europe, and the United States, and recorded them on Reborn for Verve in 2003. The same year he received a commission from the famous playwright Hisashi Inoue to perform and conduct his own composition, a piano concerto titled Mogami. In 2006, he was invited to the Chopin and His Europe International Festival in Warsaw. In 2008, Ozone performed with the NDR Sinfonieorchester at the Schleswig-Holstein Festival. Back in 2004, he'd formed the No Name Horses big band to pursue a wider tonal, harmonic, and rhythmic pallette. Their debut, No Name Horses, appeared that year followed by No Name Horses II in 2008. In 2009, they issued the album Jungle, that showcased an array of Latin jazz works that juxtaposed the past with progressive futurism. The group experiment was fruitful: They have been together since that time and have toured France, Austria, the U.S., the U.K., Singapore, and Japan, resulting in the album Alive!! Live at Blue Note Tokyo. In 2010, Ozone shifted gears again, this time with the remarkable Road to Chopin, dedicated to the 200th anniversary of Chopin's birth. He collaborated with Polish vocalist Anna Maria Jopek on the duo album Haiku in 2011. In 2012, his trio -- with bassist Christian McBride and Jeff Tain Watts -- toured Japan and released My Witch's Blue. In collaboration with Branford and Ellis Marsalis, he released Pure Pleasure for Piano. The following year, in commemoration of the 30th anniversary of his world debut, he toured Japan with Burton for a month. In 2014, he toured Asia with the New York Philharmonic under the baton of Alan Gilbert. 2013 proved just as busy: he and Burton released Time Thread, their third collaborative disc. Ozone also wrote a jazz arrangement of Mozart's piano concerto No. 9 Jeunehomme for the Scottish National Jazz Orchestra; they performed its world premiere in the U.K. Ozone also performed with the NDR Radiophilharmonic Orchestra and in July, gave special concerts with the San Francisco Symphony Orchestra. In September, the pianist toured Japan with No Name Horses, and issue their tenth anniversary album, Road. The pianist was also invited to play with the Sao Paulo Symphony Orchestra as a soloist in their October Subscription Concert. Since that time, he has been a regular guest at classical music festivals in Europe and Asia. In 2015, Ozone was part of drummer Dave Weckl's quintet for Of the Same Mind and guitarist Lee Ritenour's A Twist of Rit. Two years later, he was part of the recording of Wolfgang Amadeus Mozart's Jeunehomme - Mozart: Piano Concertos as a soloist, with the Scottish National Jazz Orchestra. In addition to his performing and recording career, Ozone hosts a popular jazz music radio program and writes music for live theater and TV. ~ Thom Jurek, Rovi 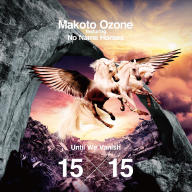 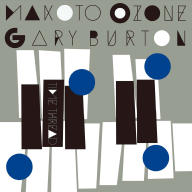 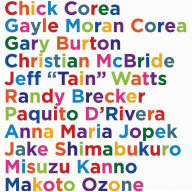 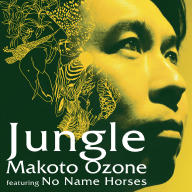 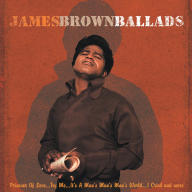 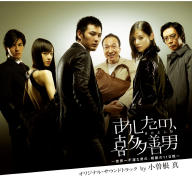 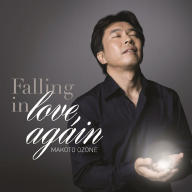 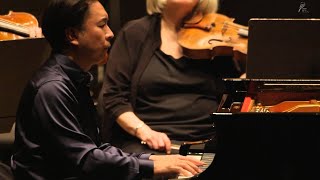 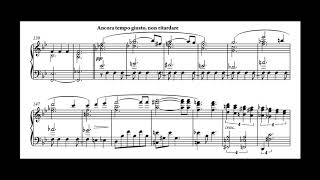 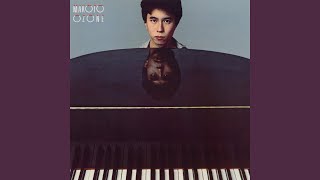 I Need You Here 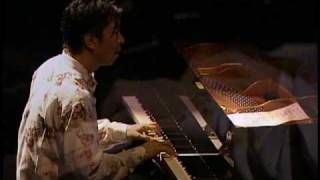 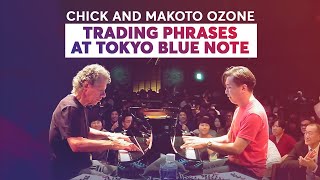 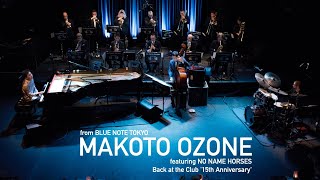 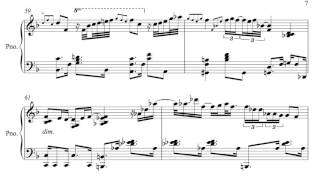