Close
Robben Ford
from Ukiah, CA
December 16, 1951 (age 69)
Biography
Award-winning guitarist Robben Ford is one of the most well-known players in the world. His work spans and combines blues and rock, jazz, and funk. As a session player, he's worked with musicians ranging from Miles Davis and George Harrison to Joni Mitchell and Mavis Staples. After beginning his professional career with Charlie Musselwhite and Jimmy Witherspoon, he played with Tom Scott the L.A. Express before delivering his acclaimed debut Schizophonic in 1976. During the '80s he played jazz with the Yellowjackets, Dave Grusin, and others, while continuing to issue his own albums including 1988's Talk to Your Daughter. During the 20th century's final decade, he formed Robben Ford the Blue Line, whose self-titled 1992 album was nominated for a Grammy and won a W.C. Handy award. 1997's instrumental Tiger Walk was also Grammy-nominated. For 2014's A Day in Nashville, he worked live in studio with an invited audience. In 2019, he toured Japan with saxophonist Bill Evans, bassist James Genus and drummer Keith Carlock. Upon return, they cut the studio offering Sun Room which wsas co-billed to Evans. 2021's Pure marked his first all-instrumental date since Tiger Walk.

Robben Ford taught himself guitar when he was 13 and considered his first influence to be Mike Bloomfield. At 18 he moved to San Francisco to form the Charles Ford Band (named after his father, who was also a guitarist), and was soon hired to play with Charlie Musselwhite for nine months. In 1971, the Charles Ford Blues Band was re-formed and recorded for Arhoolie in early 1972. Ford played with Jimmy Witherspoon (1972 and 1973), the L.A. Express with Tom Scott (1974), George Harrison, and Joni Mitchell. In 1977 he was a founding member of the Yellowjackets, whom he stayed with until 1983, simultaneously having a solo career and working as a session guitarist. In 1986, Ford toured with Miles Davis and had two separate periods (1985 and 1987) with Sadao Watanabe, but he really seemed to find himself in 1992 when he returned to his roots: the blues. Ford formed a new group, the Blue Line, and subsequently recorded a couple of blues-rock dates for Stretch that are among the finest of his career. In 1999, he released Sunrise on Rhino and Supernatural on Blue Thumb. Ford signed to the Concord Jazz label in 2002 and released Blue Moon that same year, followed by Keep on Running in 2003 and Truth in 2007. He was also billed as a special guest on Larry Carlton's Live in Tokyo. He followed this with the predominantly live Soul on Ten in 2009. In 2013, Ford began his label association with Provogue and issued the studio album Bringing It Back Home, comprised mostly of blues and R&B covers played by an all-star band. Later that year, he recorded an album with a cracker jack band in a single day at Nashville's Sound Kitchen Studio. The end result, titled A Day in Nashville, was issued in February of 2014. A year later, Ford returned with Into the Sun, a bright, soulful album produced by Niko Bolas and featuring guest spots by ZZ Ward, Keb' Mo', and Warren Haynes. After incessant touring for more than a year-and-a-half, Ford took a breather before re-entering the studio. In 2018, he decided to record and focus as much on production as playing for the first time in his long career. He worked with vocalists Shemekia Copeland and Travis McCready (Bishop Gunn) and co-produced his set with Casey Wasner, Purple House, issued by earMUSIC in October 2018. After touring Japan later that year as a co-leader with saxophonist Bill Evans, the pair entered the studio with drummer Keith Carlock and bassist James Genus, emerging with the album Sun Room for earMUSIC in late July. It peaked at number two on the blues album charts.

Ford returned with Pure in 2021, his first all-instrumental album since 1997's Tiger Walk. He switched up his standard production strategy by recording all the guitar and keyboards parts himself with engineer Casey Wasner, then overdubbed the rhythm and horn sections later. Released in August, it showcased a sound that melded bluesy hard rock and smooth, West Coast soul. ~ Scott Yanow, Rovi 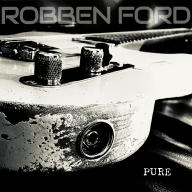 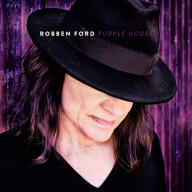 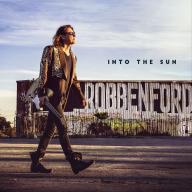 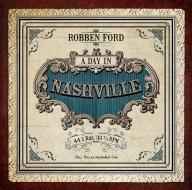 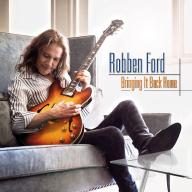 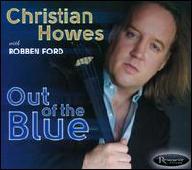 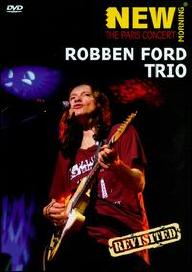 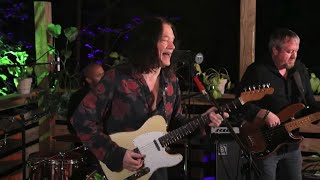 Robben Ford live at Paste Studio on the Road: Nashville 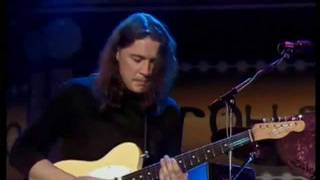 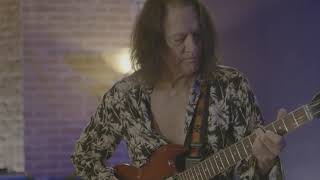 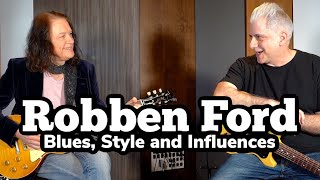 Robben Ford In Person - The Blues, Influences and Guitar Style 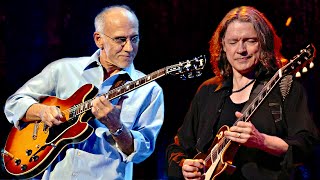 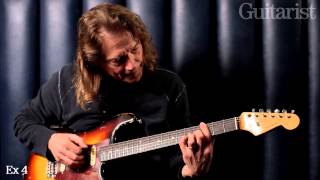 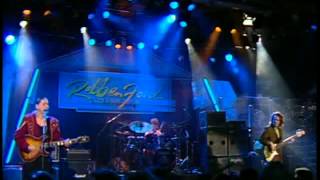