Close
Albert Hammond
from London, England
May 18, 1944 (age 77)
Biography
Albert Hammond is one of the more successful pop/rock songwriters to come out of England during the 1960s and 1970s, and has also enjoyed a long career as a recording artist, his work popular in two languages on three continents across four decades. Hammond was born in London in 1944 -- his family actually came from the British colony on Gibraltar, but wartime considerations caused his mother to be evacuated to London, where she gave birth. He spent his childhood and youth on Gibraltar, where he became fluent in both English and Spanish -- that bilingual ability would serve him well in his later career. His family lived modestly on his father's fireman's pay, and one of his early diversions was music -- he sang in church and became head choir boy. He also became interested in popular music, sang for his own enjoyment, and also took up the guitar.

Hammond reached his teens just as rock roll was taking hold on British youth. By his own account, at the outset of his performing career Hammond played and sang in a Moroccan strip club. In an interview with John Tobler, he recalled performing in front of audiences of American servicemen, singing Dion repertory such as The Wanderer. In 1958 he and a friend, Richard Cartwright, began performing as a duo on the island and in Spain. Hammond become reasonably proficient on the guitar and was a more than fair singer, and they were good enough as a duo that they eventually became the core of a band called the Diamond Boys. By then, Hammond had done something that was the worst fear of most parents -- left school to embark on a music career, which for Hammond soon came to include writing songs. The Diamond Boys, whose vocal influences included the Everly Brothers, the Kalin Twins, and the Brook Brothers, mostly did English and Spanish rock roll songs, and cut Hammond's first two songs, New Orleans and Fools in Love, which were good enough to get issued together as a Parlophone single. Even at this early point in his career, Hammond displayed his facility for writing songs with a distinctly American feel, though New Orleans had an added twist, showing the heavy influence of Johnny Kidd the Pirates' Shakin' All Over in its accompaniment and arrangement. The Diamond Boys were good enough to make a steady living of sorts playing clubs in Casablanca and were regarded as hot up-and-coming stars in Spain and on Gibraltar. Their winning of the Circo Prize in Madrid got them a recording contract with RCA Records, which led to the release of an EP that included their cover of What'd I Say. The group disbanded soon after and Hammond and Cartwright eventually headed for England, where they briefly became a part of a band called Los Cincos Ricardos, through which they cut one single, Most Exclusive Residence for Sale b/w It's All Over Now, the latter written by Hammond. One of the members contributing to that band's repertory was Mike Hazelwood -- Hammond's contact with Hazelwood caused him to push his songwriting harder than his performing for the first time in his life, and it completely altered the focus and direction of his early career. Hammond, in collaboration with Hazelwood and others, including Scott English (Frisco Annie) and future star producer/songwriter Tony Macaulay, made a particular specialty out of writing American-style songs, trading in images and references from the United States. One Macaulay-Hammond song, Oklahoma Sunday Morning, was even recorded by Glen Campbell in his pre-stardom days. Hammond and Hazelwood found their first success on a British television series entitled #Oliver in the Overworld, for which they wrote all of the songs, among them a novelty tune called Gimme Dat Ding. Not much happened with that song at first, and it became part of a backlog of Hammond/Hazelwood tunes that was growing rather large toward the end of the decade.

Hammond also picked up work as a session singer in London, appearing on the work of such acts as Dave Dee, Dozy, Beaky, Mick Tich. In 1967, with Hazelwood and their friend Steve Rowland, they formed Family Dogg, which managed to make some noise in the press and chart one single, A Way of Life, in 1969, but never quite lived up to their publicity, and broke up after a disappointing debut album release. Hammond and Rowland also wrote and recorded several singles together, issued under various aliases, without making any impact on the charts. Hammond enjoyed a string of hits as a songwriter as the 1960s drew to a close, however: Little Arrows by Leapy Lee in 1968; Make Me an Island and You're Such a Good Looking Woman by Irish singer Joe Dolan in 1969 and 1970, respectively; Good Morning Freedom by Blue Mink in 1970; Gimme Dat Ding, in a recording credited to the Pipkins in 1970, which hit on both sides of the Atlantic; and Freedom Come, Freedom Go by the Fortunes in 1971. Hammond also found time to sing on Michael Chapman's fourth album, Wrecked Again, in 1971 and worked briefly with the Magic Lanterns on recordings of his and Hazelwood's songs and other material.

By sheer chance, he and Hazelwood ended up in the United States in connection with a theatrical show (+Welcome Home) that was never produced, and in the course of deciding his next move, Hammond tried knocking on the doors of various record companies in Los Angeles. He underwent a frustrating period of rejection, his string of chart hits as a songwriter either failing to impress executives sufficiently to take him seriously as a performer or, in at least one case, at AM Records, getting him rejected by one songwriter-turned-artist who saw a competitor in the wings. He was finally signed to a new label, Mums, co-founded by ex-Dunhill Records partner Bobby Roberts within the Columbia Records organization, on the strength of a brace of new songs that he brought to the audition. A series of demos impressed all concerned, enough to get them released as singles, but it was It Never Rains in Southern California, finished in California with some of the top session musicians in Los Angeles, that broke Hammond as a recording artist around the world. Ironically, it had been sitting around unheard, part of that huge Hammond/Hazelwood song bag/backlog, for years, based on a melody by Hammond and inspired by a photo book owned by Hazelwood.

The song reached number five in America and became a million-seller around the world, the first in a string of eight charting singles that Hammond enjoyed over the next five years. Also introduced on that album, along with Down by the River and If You Gotta Break Another Heart -- which was recorded by Cass Elliot in a slightly rewritten version -- and The Air That I Breathe. The latter was Hammond's favorite song on the album, and it was later to become the last major international hit by the Hollies (and that group's last significant U.S. single for more than a decade). Meanwhile, Hammond's follow-up album, The Free Electric Band (its title track salvaged from the unproduced musical), was nearly as impressive musically as its predecessor, although it sold far fewer copies without a huge hit to drive its sales. His next hit, I'm a Train, came amid a flurry of activity surrounding Hammond's career. He produced records by Johnny Cash (Praise the Lord and Pass the Soup, a Hammond-Hazelwood composition), collaborated with Richard Carpenter and John Bettis (I Need to Be in Love), wrote songs with Art Garfunkel, and, growing out of the latter project, recorded a self-titled third album produced by Garfunkel producer Roy Halee. By the mid-'70s, he was working with producer/engineer Phil Ramone and collaborating with lyricist Hal David, generating a number one single on the adult contemporary charts with 99 Miles from L.A. The label, however, resisted releasing the accompanying LP or its successor, When I Need You, the latter only getting released in America after Leo Sayer generated a hit single with his version of the title song (which was also later cut by Perry Como).

By the end of the 1970s, Hammond was one of the busiest men in music, maintaining two full-fledged recording careers -- not only his string of English-language hit singles and albums, but also a late-'70s series of releases aimed at Spanish-speaking audiences, which gave him a new round of hits -- and a songwriting career that included material recorded by Starship (Nothing's Gonna Stop Us Now) and Chicago (I Don't Wanna Live Without Your Love), in collaboration with Diane Warren, and a monster hit for Willie Nelson and Julio Iglesias in To All the Girls I've Loved Before (with Hal David). Hammond has continued working into the 21st century, including a new album, Revolution of the Heart, in 2005. It was around that time that his classic '70s albums began getting reissued on CD for the first time. He has been followed into music during the first decade of the new century by his son, guitarist Albert Hammond, Jr., a member of the Strokes. ~ Bruce Eder, Rovi 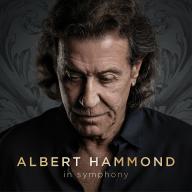 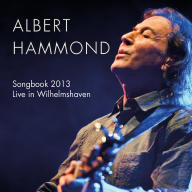 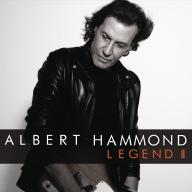 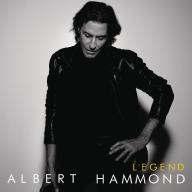 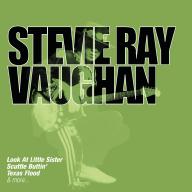 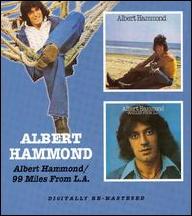 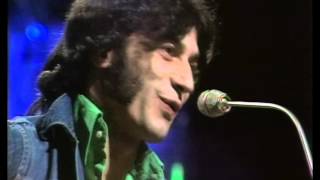 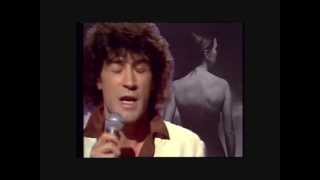 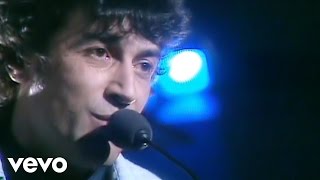 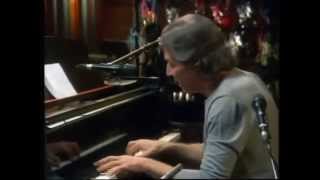 ALBERT HAMMOND - When I need you 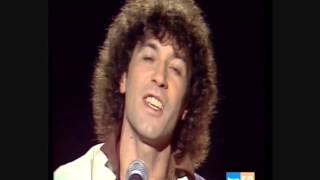 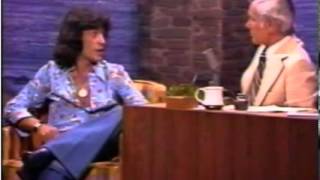