Close
Don Alias
from New York, NY
December 25, 1939 - March 28, 2006 (age 66)
Biography
Percussionist par excellence Don Alias remains best known for his work at the vanguard of the fusion movement, exploring both sides of the jazz-rock equation via contributions to landmark sessions headlined by Miles Davis and Joni Mitchell. Born Charles Donald Alias in New York City on Christmas Day 1939, he was the son of Caribbean immigrants and grew up in Harlem, where he absorbed the lessons of neighborhood Cuban and Puerto Rican hand drummers. While in high school, Alias played conga with the Eartha Kitt Dance Foundation, and in 1957 accompanied the singer at the Newport Jazz Festival. He nevertheless mothballed his musical career to study biology at Erie, PA's Cannon College, followed by a stint at Boston's Carnegie Institute for Biochemistry. While in Boston Alias regularly moonlighted at local clubs in the company of students of the nearby Berklee School of Music, among them conguero Bill Fitch and bassist Gene Perla; he also played bass in a short-lived trio featuring Chick Corea on guitar and Tony Williams on drums. When Perla landed a gig with Nina Simone, he convinced the singer to hire Alias to assume drumming duties; by the end of his three-year stint, Alias was serving as musical director, eventually capturing the attention of legendary trumpeter Miles Davis, with whom Simone regularly shared festival bills.

Hired as an auxiliary percussionist for the 1969 sessions that yielded Davis' fusion masterpiece Bitches Brew, Alias ended up devising the loose, syncopated rhythm that drives Miles Runs the Voodoo Down, one of the record's most celebrated cuts. After completing the album, Alias spent a year supporting Davis on tour before reuniting with Tony Williams on his 1971 LP Ego; he spent the next several years as a hired gun, appearing on dates including Weather Report's Black Market and Jaco Pastorius' classic 1976 solo debut before settling in New York City, where he reteamed with Gene Perla to form the Afro-Cuban fusion combo Stone Alliance with saxophonist Steve Grossman, mounting a U.S. State Department-funded tour of South America and releasing a handful of LPs including Marcio Montarroyos and Con Amigos. In 1977 Alias teamed with Joni Mitchell for Don Juan's Reckless Daughter, the first in a series of jazz-inspired recordings that also included 1979's Mingus and the live Shadows and Light; Alias was also the percussionist of choice for musicians spanning from singer Roberta Flack to saxophonist David Sanborn, the latter a regular collaborator for close to two decades.

Alias and Perla resurrected Stone Alliance in 1980 with pianist Kenny Kirkland and tenor saxophonist Bob Mintzer, issuing the acclaimed Heads Up; during this time he also worked with Pastorious' new band, Word of Mouth, appearing on its self-titled 1982 Warner Bros. debut LP as well as several subsequent live releases. From 1985 to 1987 Alias lived in Montreal, where he fronted Kebekwa, a ten-piece fusion ensemble boasting a punishing five-man percussion battery. Upon returning to New York, he resumed his busy session schedule, in the years to follow appearing on dates led by Chick Corea, Herbie Hancock, and Michael Brecker. In 1996, Alias and Perla formed another incarnation of Stone Alliance with guitarist Mitch Stein. This edition of the group proved its longest lived, and its profile was further elevated by a series of live recordings spotlighting the founding lineup. Alias and Perla were also collaborating on a joint memoir at the time of the percussionist's sudden death at his Manhattan home on March 28, 2006. Alias was 66 years old. ~ Jason Ankeny, Rovi 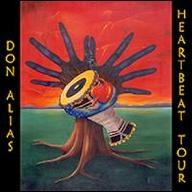 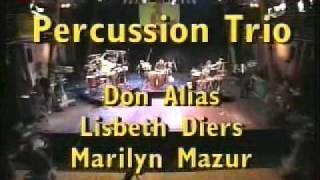 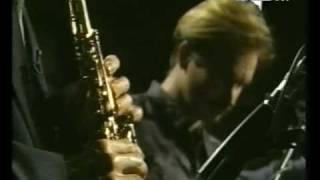