Close
Freddie Perren
January 1, 1943 - December 16, 2004 (age 61)
Biography
Songwriter/producer/keyboardist Freddie Perren's first big break came as a member of the Corporation, the songwriters/producers/arrangers collective behind the early Motown hits of the Jackson 5 including their three consecutive number one pop hits, I Want You Back, ABC, and The Love You Save. The other members were Motown founder Berry Gordy, Fonce Mizell, and Deke Richards. Perren met Mizell when both were attending Howard University in Washington, D.C. The creative quartet's work appears on many of the J-5's albums.

Perren produced former Spinners lead singer G.C. Cameron's classic heart-tugging ballad It's So Hard to Say Goodbye to Yesterday from the classic 1975 American International movie #Cooley High. The track, which made it to number 38 R&B in fall 1975, was originally released on the Motown-issued movie soundtrack LP and can be found on the 1998 Polygram CD Funk on Film. Boyz II Men's million-selling cover of the tune went to number one R&B and stayed at number two pop for four weeks in summer 1991.

Perren's post-Motown hits include the following number one pop hits: Yvonne Elliman's If I Can't Have You, Gloria Gaynor's I Will Survive, the Miracles' Love Machine, Peaches and Herb's Reunited, and the Sylvers' Boogie Fever. Love Machine was the backing music for a hilarious Amoco TV commercial that featured strutting funky chickens that aired during fall 1999. Another Peaches and Herb single, Shake Your Groove Thing, went gold, peaking at number four R&B and number five pop in fall 1978 and was spotlighted in a summer 1999 national TV commercial.

Perren had two tracks on the 1977 11-million-selling Saturday Night Fever soundtrack, which held the number one pop spot for 24 weeks in 1978: Elliman's If I Can't Have You (gold, number one pop) and Tavares' More Than a Woman. His wife Christine Yarian, Dino Fekaris, Keni St. Lewis, and Melvin Ragin were Perren's frequent songwriting and production partners.

Shortly after moving to California from Washington, D.C., Perren and bassist Fonce Mizell met guitarist Deke Richards, who had been a part of another Motown collective, the Clan (the Supremes' number two R&B/number one pop hit Love Child). They wrote a song called I Wanna Be Free. They thought about shopping the song to Motown acts Gladys Knight and the Pips or Diana Ross. Motown president Berry Gordy suggested some revisions and instead recorded the song on a newly signed five-member teenaged brothers singing group from Gary, IN, that he was grooming to be an updated version of Frankie Lymon and the Teenagers (Why Do Fools Fall in Love).

I Want You Back was the only single from Diana Ross Presents the Jackson 5, parking at number one R&B for four weeks and number one pop in late 1969. Following was A B C, the Jackson 5's second consecutive number one single topping Billboard's R&B chart and holding down the top spot of its pop chart for two weeks in the spring of 1970. The LP of the same name peaked at number five pop in summer 1970. A B C was sampled by Naughty By Nature for their two-million-selling single O.P.P. in summer 1991. The Love You Save (number one R&B in the summer of 1970) also held down the top spot on the pop charts for two weeks.

On the flip side of The Love You Save was an impassioned doo wop-ish ballad, I Found That Girl, which received airplay in some markets. From the group's best LP Third Album came Mama's Pearl, which held the number two R&B/pop spots for two weeks in early 1971. Goin' Back to Indiana was never released as a single, but it received an amazing amount of radio play (very unusual in those days) and was the title of the Jackson 5's 1971 ABC-TV special that guest starred Bill Cosby and Tom Smothers. Their 1971 Corporation-produced album Maybe Tomorrow boasted the original version of Never Can Say Goodbye (number one R&B/number two pop for three weeks) and its flip side, the lilting She's So Good. The Corporation also produced a hit for Martha Reeves and the Vandellas, Bless You.

For Michael Jackson, they produced Ben, the title song from the sequel to Willard. Perren and Mizell got full production and arranging (with Gene Page) credit on one J-5 hit single, the Perren-Christine Yarian song Hallejuah Day (number ten R&B, spring 1973).

Perren, Mizell, and Richards planned to release albums as the Corporation, but that never happened. Mizell and Perren worked on tracks by Edwin Starr and scored the soundtrack of the 1973 Fred Williamson/American International movie #Hell up in Harlem. All three went on to have impressive careers.

Freddie Perren produced post-Smokey hits on the Miracles: For their Renaissance LP, Perren contributed the crystalline ballad Don't Let It End ('Til You Let It Begin -- now a steppers favorite -- and Do It Baby (number four R&B) from the LP of the same name, which also included the sweet radio-aired ballad You Are Love. The title track single of their next LP, Don't Cha Love It went to number four R&B in late 1974.

Perren produced their biggest-selling LP, City of Angels, which made it to number 33 pop in early 1976. A concept album composed by group members William Billy Griffin and Warren Pete Moore, the songs' themes revolved around the travails of a young girl who journeys to Los Angeles to become a star. It was the LP that finally gave the group its own sound steeped in the emerging recording and keyboard synthesizer technology of the day. It wasn't just a collection of love songs and dance tunes. It dealt with subject matter that heretofore the group had never sung about. One popular radio-aired LP track, the Latin-tinged Ain't Nobody Straight in LA, moved some stations to have DJs read a disclaimer before they played the track. The LP is full of good songs, startling arrangements, and tonal colors. But it was the disco hit Love Machine (Part 1) that got the most attention, peaking at number five R&B, number one pop in early 1976.

After leaving Motown, Perren was feeling a bit down about the music business and didn't know if he wanted to continue when an old college friend, Larkin Arnold, vice president of Capitol Records, suggested that he work with the Sylvers. Perren was familiar with the Memphis, TN-born singing group through their Jerry Butler-produced hits on Pride, an MGM Records subsidiary: Fool's Paradise and Wish That I Could Take You. Perren was impressed with the group's tightly woven harmonies. He produced the two gold singles Boogie Fever (number one R&B/pop, late 1975) and Hot Line (number three R&B, number five pop, late 1976), as well as High School Dance (number six R&B). In 1978, Perren signed his old friend from D.C. Herb Fame and his co-singer Linda Peaches Greene to his production company, MVP Productions. Through him, the duo inked a deal with Polydor Records. Their first Polydor single, Shake Your Groove Thing, went gold and peaked at number four R&B and number five pop in late 1978. While the creamy ballad Reunited seemed an unlikely follow-up to the disco-oriented Shake..., the naysayers were shocked when it earned platinum status, holding on to the number one spot for four weeks on both the R&B and pop charts during spring 1979. Both are on the platinum album 2 Hot, which held number two pop spot for six weeks in early 1979. The follow-up Twice the Fire went gold and yielded the singles We've Got Love, Roller Skate Mate (Part 1), and I Pledge My Love. Perren worked with New Edition in the 1980s, but by the end of the decade he was largely inactive as a writer and producer. After a long illness Perren passed away December 16, 2004. ~ Ed Hogan, Rovi 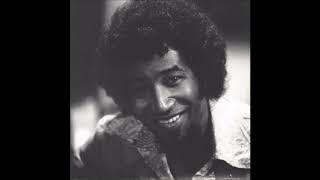 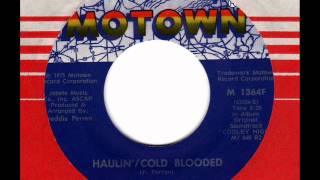 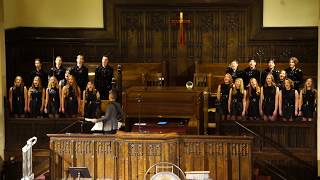 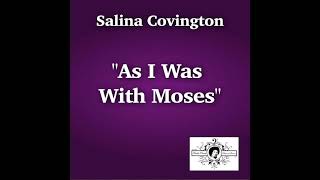 As I Was With Moses - Salina Covington and Freddie Perren 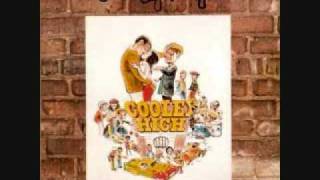 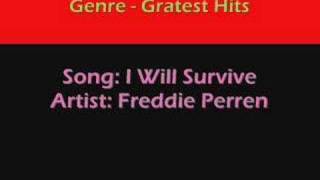 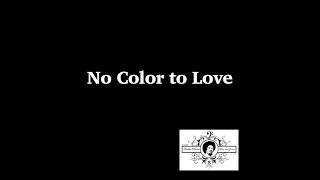