Close
Katrina and the Waves
from Cambridge, England
formed January 1, 1981 - January 1, 2001 (age 20)
Biography
F. Scott Fitzgerald once said that there are no second acts in American life. He may have been right, but luckily for Katrina the Waves, they either never read Fitzgerald, or the Anglo half of their Anglo-American lineup made them immune from this pattern. With a charismatic lead singer fronting a band pulled together by guitarist Kimberley Rew (late of the Soft Boys), who could write songs like nobody's business, they seemed tailor-made for success. And they did briefly cut a swathe across pop music in Europe, America, and around the world, achieving some serious success of their own with a pair of catchy, hook-laden songs, Going Down to Liverpool (which was first a hit as a cover by the Bangles) and Walking on Sunshine. Their initial mass popularity (especially in America) was relatively brief, but their history and their range of good songs also extended a lot longer than most listeners are aware.

In 1981, in the wake of the Soft Boys' breakup, Rew landed in the Waves, an Anglo-American quartet featuring Katrina Leskanich (guitar, vocals), Vince de la Cruz (bass), and Rew's longtime friend Alex Cooper (drums). They tried it with Rew as lead singer but that wasn't a role that the guitarist/composer enjoyed -- instead, he moved Leskanich to the lead singer spot. The group became Katrina the Waves to give it a special identity, at a time when there weren't a lot of bands with female lead singers. They spent two years working under the radar of the major labels, which had scarcely noticed the Soft Boys, never mind this quartet with the weird guitar-driven pop songs. They found a home with Attic Records, an independent label that had issued the Soft Boys' recordings in Canada, which allowed the band to avoid oblivion in favor of mere obscurity.

They started to make headway after two years of work, building an underground reputation, and the fact that their records had to be imported to England or the United States only added to their mystique. The record that turned their fortunes around, however, wasn't one of their own -- rather, it was the Bangles' cover of Going Down to Liverpool, which became a hit on radio in England and America. Suddenly, the group was in demand from record labels on either side of the Atlantic, and they ended up signed to Capitol Records. Their self-titled Capitol debut LP, released in 1985, consisted of re-recorded (some accounts say simply remixed and redubbed) versions of the best songs from the group's two Attic albums, with a fuller, more elaborate sound. It peaked at number 28 in England and number 25 in America (the highest chart placement up to that time by any ex-member of the Soft Boys), and yielded the Top Ten U.S./U.K. hit Walking on Sunshine, one of the more memorable pop/rock songs of the decade. A modest follow-up single, Do You Want Crying, made the lower regions of the Top 40, and they seemed to have a big future in front of them, when the group suddenly broke stride at the same time they quickened the pace -- they rushed a second album (Waves) out that same year that was good enough but no improvement upon its predecessor. Additionally, their work lost its edge between the two LPs, and Rew had ceded some of his songwriting responsibility to the other members, who weren't nearly as skilled in composition. It sold less than half of what the earlier record had, generating a modest hit with the single Sun Street, at number 22.

By 1989, their prospects seemed spent over the next three years as Capitol lost interest in the group, but they kept plugging and were rewarded with the Top 20 hit That's the Way and issued a third album, Break of Hearts, on the SBK label. They remained a marketable commodity in England and on the European continent, releasing three LPs in Germany during the 1990s, on Virgin and Polydor. Rew and Leskanich narrowly avoided going off to solo careers. In 1995, One Way Records in America released a passable best-of collection comprised of their Capitol material. Then, in 1997, lightning struck for the group a second time when the band won the Eurovision song contest with Love Shine a Light, which reached the number two spot on the British charts. Although hardly the kind of honor they'd have considered in the 1980s -- the contest is usually the province of Euro-pop outfits with little rock credibility (ABBA is as credible as a winner ever got, and that's a long way from the Soft Boys) -- it revived interest in the band sufficient to get them a recording contract with Warner Bros. and helped them to generate a new album, Walk on Water. Not coincidentally, in 1997, EMI issued Walking on Sunshine: The Best of Katrina the Waves, a superior compilation of their Capitol/EMI material dating between 1985 and 1991. And in 2003, the Bongo Beat label released The Original Recordings 1983-1984, collecting their two Attic Records albums together in one place, along with a bonus DVD containing their promotional concert film from the early '80s -- the existence of the latter makes up, in part, for the fact that the band never released a live album. By that time, the members had finally gone their separate ways, Rew and Leskanich embarking on solo careers. It wouldn't be totally surprising, however, to see one or more of them -- if not a totally reformed version of the group -- revive the band's repertory, so infectiously tuneful and relentlessly popular are their songs. ~ Bruce Eder, Rovi 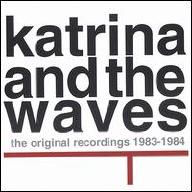 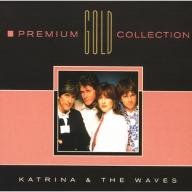 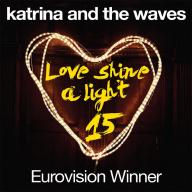 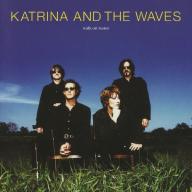 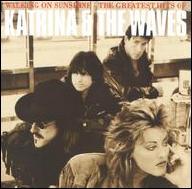 Walking on Sunshine: The Greatest Hits of Katrina & the Waves
1997 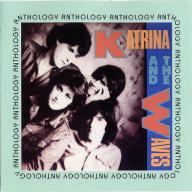 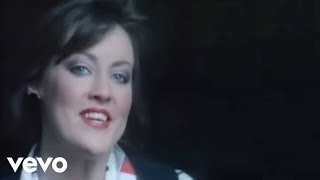 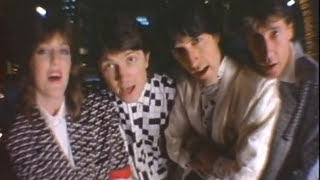 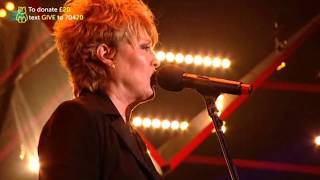 Katrina from Katrina & The Waves - Walking on Sunshine 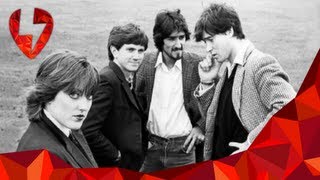 Katrina And The Waves - Sun Street 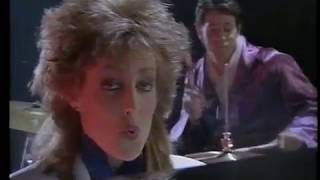 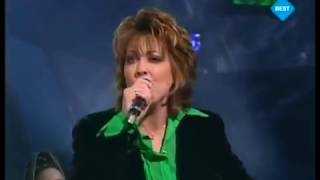 Love Shine a Light - Katrina and The Waves 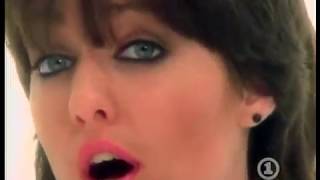