Close
Bola Sete
from Rio De Janeiro, Brazil
July 16, 1923 - February 14, 1987 (age 63)
Biography
Bola Sete was a Brazilian guitarist and composer. His unique, highly improvisational style offered an approach that wed Brazilian styles to flamenco, classical, jazz, American folk, bossa nova, and pop. Sete cut half-a-dozen albums for Odeon before leaving Brazil in 1959, including Aqui Está O Bola Sete (1957) and Ritmolândia (1959). He met Dizzy Gillespie while playing at a Sheraton lounge one evening and promptly joined the trumpeter's band. In 1962, he issued his American debut, Bossa Nova, for Fantasy. After he released Vince Guaraldi, Bola Sete, and Friends in 1963, he joined the pianist's group as a full collaborator; they recorded several more albums together through 1967. That year, Verve released Bola Sete at the Monterey Jazz Festival that featured his all-Brazilian trio; it made the jazz charts. After 1971's Latin jazz classic Shebaba for Fantasy, he cut albums for Paramount (Workin' on a Groovy Thing, 1971) and Columbia (Goin' to Rio, 1973). He signed with John Fahey's Takoma label and released the enduring solo guitar set Ocean in 1975. Sete played live and toured almost constantly, but released only one more album during his lifetime, 1985's solo Jungle Suite, produced by George Winston for Dancing Cat. After his death, his widow Anne Sete set up the Samba Moon label for reissues and archival material including 2004's Live at Grace Cathedral. In 2021, Tompkins Square released Samba in Seattle [Live at the Penthouse 1966-1968], comprised of unreleased live trio recordings.

The words "Bola Sete" are Portuguese for the seventh ball in the billiard game -- the only black one. Born Djalma de Andrade in Rio De Janeiro in 1923, the guitarist got his nickname after being the only Black man in a small group. From an early age, he was a constant at Praça Tiradentes, Rio, where musicians met. At 17, he joined composer Henricão's group, which was going to Marília for an eight-month season. Returning to Rio, he played at every available venue in Campinas SP and Niterói RJ. In 1945, Rio's Rádio Transmissora instituted a violão (acoustic guitar) contest, in which he was the winner. He continued to play throughout Minas Gerais and Rio. At last, he was hired contractually by Rádio Transmissora and worked in the famous Trem da Alegria show for three years at the João Caetano Theater with Lamartine Babo, Iara Sales, and Héber de Bôscoli.

At the end of the '40s, he formed his own group, Bola Sete e Seu Conjunto. In that time, Dolores Durán, who went on to be a famous singer and composer, was a crooner at the Béguin nightclub and once invited, became the group's singer at the Drink and Vogue nightclubs. In 1952, he went to Italy and played in several clubs and hotels until 1954. That year, he returned to Brazil and formed an orchestra, with which he toured Argentina, Uruguay, and Spain. In 1955, he toured again, this time through Lima, Peru and Santiago do Chile. In 1959, Sete moved to the U.S. and in 1962 was hired directly by the general manager of Sheraton Hotels to play in the several units of that chain.

In 1960, the label Sinter, which had already recorded several cuts with him, released the LP Bola Sete. He had also recorded for Odeon, which released Bola Sete e 4 Trombones with his own compositions and Gershwin standards. In 1962, he appeared at the historic Bossa Nova Festival at Carnegie Hall in New York. He also played at the Village Gate and Vanguard. The same year, Odeon Brasil issued O Extraordinário Bola Sete and Fantasy released Bossa Nova. He was then playing at New York's Park Sheraton and later in the year, he moved to San Francisco to play at the Sheraton Palace. Dizzy Gillespie was staying there and listened to him every night. When Gillespie's pianist, Lalo Schifrin, came to the hotel, he met Sete, with whom he had become acquainted and played with when the Brazilian toured Argentina. Invited by Gillespie, Sete played with him at the Ninth Annual Monterey Jazz Festival with great success.

Following tours and a recorded album with Gillespie, Sete moved again to San Francisco and joined Vince Guaraldi's trio. This two-year association, profitable for both artists, consolidated the already expressive popularity of Sete in the U.S. They recorded together 1963's Vince Guaraldi, Bola Sete Friends (Fantasy). Then he formed his own trio with Brazilian musicians Tião Neto (bass) and Chico Batera (drums), whom he performed with at the 1966 Monterey Jazz Festival, again with great success. (Verve's charting album At the Monterey Jazz Festival was drawn from this performance). From November 11 to 13, 1966, Sete was featured at the Fillmore Auditorium. His releases in the U.S. included 1964's Tour de Force and From All Sides (with Vince Guaraldi), 1965's The Solo Guitar of Bola Sete and The Incomparable Bola Sete, 1966's Live at El Matador (with Vince Guaraldi) and Autentico, 1969's Shebaba (all issued by Fantasy). He signed to paramount for 1971's Workin' on a Groovy Thing and released Goin' to Rio for Columbia in 1973.

Guitarist John Fahey often saw Sete play on the West Coast and became first an admirer, then a friend. His Takoma label initially licensed Sete's iconic Ocean in 1975 (Recorded in the Brazilian's Marin County home, it was offered to Fantasy first; but it was considered so "out" that they declined to release it). Reportedly Fahey's favorite album in the label's catalog, it was licensed later to Sonet in 1976 and then the Windham Hill-affiliated Lost Lake Arts in 1981. Sete's final outing, 1985's Jungle Suite, appeared from pianist George Winston's Dancing Cat label.

Bola Sete died of complications from lung cancer and pneumonia in 1987. He was 64. Widow Anne Sete set up Samba Moon Records in 1998 for the purpose of issuing private archival recordings and catalog reissues. The label's first release was 1999's Ocean Memories, which comprised Ocean and eight unreleased tracks from the sessions that were recorded for a sequel that never materialized. It was followed by Shambala Moon in 2001, offering a reissue of Jungle Suite and the previously unissued title track. 2004's Live at Grace Cathedral was drawn from a solo guitar concert May 21, 1976. In 2008, the label released Windspell, drawn from solo home recordings cut during the last year of Sete's life with a pair of live tracks from a concert at The Boarding House in San Francisco in 1971. In 2011, Samba Moon released The Crystal Garden, a repackaging of 1973's Goin' to Rio; it also contained five unissued tracks from the original sessions. 2014's The Kitchen Tapes was produced for release by Winston. The lion's share of its 14 cuts were recorded in a San Francisco kitchen in 1959 on 1/4" tape by Al Cunningham, shortly after Sete's arrival on the West Coast. Two other cuts from 1971 showcased him playing a hollow-body electric guitar; others were drawn from home studio tapes. 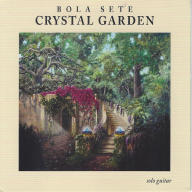 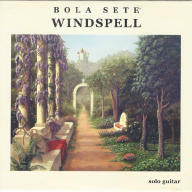 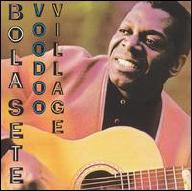 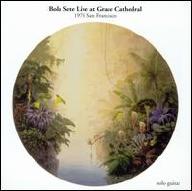 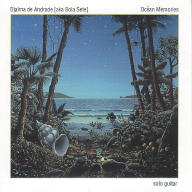 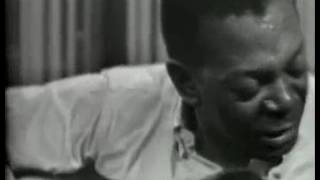 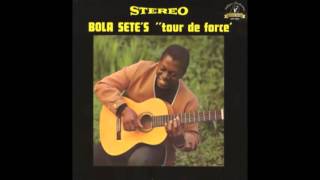 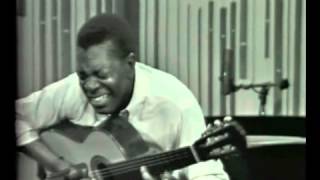 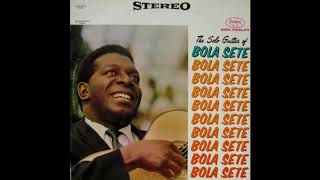 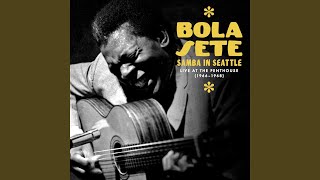 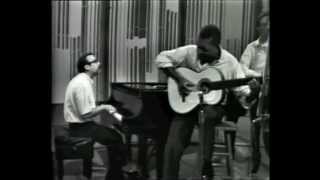 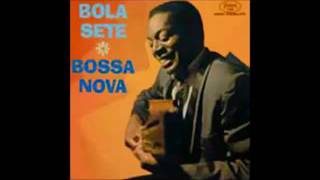