Close
Eleni Karaindrou
from Teichio, Greece
November 25, 1939 (age 81)
Biography
Eleni Karaindou is an award-winning composer, globally renowned for her work in cinema, television, and the theater. Though she has worked with many directors, she is perhaps best known for her two-decade-plus collaboration with director Theo Angelopoulos, which ended upon his death in 2012. Along with other Greek directors, she has also scored films for Chris Marker, Jules Dassin, and Margarethe von Trotta to name a few, numbering more than 20 scores in all. She has also scored over a dozen television and radio programs, and more than 50 theater productions. Karaindrou's film music is noted by critics and loved by the Greek and European public for two reasons: virtually every director she has worked with considers music to be "inseparable" from a film's images (check 1995's Ulysses' Gaze) and, perhaps more importantly, the manner in which it weds modern classical music to the folk music and instruments of antiquity (2014's Medea).

Karaindrou's connections to Greece's past are comprehensive. She also holds master's degrees in history and archaeology. Working in theatre, she has chiefly been associated with contemporary playwrights but has also written music for adaptations of, for example, Aristophanes. Her ethnomusicological background and her work with the radio have equipped her to proselytize for the preservation of the old instrumental and vocal forms, and Greek tradition seems to be confirmed in her music by the presence of the dulcimer-like santouri and the clarinet as lead voices.

Karaindrou was born in the Greek mountain village of Teichio and moved to Athens at age seven, where she discovered cars, electricity, radio and movies. Her new home was beside an open cinema, and she watched its programs from her bedroom window. Between the cinema under the sky, living near a Byzantine church whose choir's singing resonated across the nieghborhood, and her discovery of the piano, Karaindrou had already found the central passions of her life. She went on to study piano and music theory at the Hellenikon Odion. During the Greek military junta of 1967–1974, she lived in Paris, where she studied ethnomusicology--particularly the traddtions of her homeland--and orchestration, and improvised with jazz musicians. Simultaneously, she began to compose popular songs. Despite her training, she considers herself a largely instinctiv, self-taught composer. Upon returning to Greece she founded the Laboratory for Traditional Instruments at the ORA Cultural Centre. Her debut album was 1975's The Great Vigil, a song cycle from Greek poetry featuring Maria Farantouri on vocals. That same year she scored her first film, #Polemonta, a documentary by Dimitris Mavrikios. It was followed almost immediately with her debut in feature film for Takis Kanellopoulos' #Chronicle of Sunday.

Karaindrou met Angelopoulos in 1982 after composing the score for Hristoforos Hristofis' film Rosa, which won the Thessaloniki International Film Festival award; the committee was chaired by Angelopoulos. Their first recorded collaporation was for his 1984 film #Voyage to Cythera, and followed with The Beekeeper in 1986, featuring saxophonist Jan Garbarek as a soloist. Karaindrou had been enamored with ECM's recordings in the mid-'70s and followed its catalogue closely; label artists Garbarek and violist Kim Kashkashian are among her favorite soloists along with longtime collaborator and oboist Vangelis Christopoulos. (Regarding the latter, Karaindrou has claimed in interview that the first time she heard the latter, his tone reduced her to tears.) She and Angelopoulos worked together again in 1988 for Landscape in the Mist. In 1990, Karaindrou's score to Von Trotta's L'Africana was issued on Milan to wide European acclaim. That same year the composer signed to ECM; her recorded scores for the first three Angelopoulos collaborations were released as Music for Films in January of 1991, and the score for the director's The Suspended Step of the Stork appeared the following year. In 1995, her score for Angelopoulos' Ulysses' Gaze was issued, including Kashkashian as a featured soloist. The film, starring Harvey Keitel, was the director's first to be widely screened in the U.S. and brought wide attention to Karaindrou's music in North America. In 1996, Greece's prestigious Lyra label compiled a release of her soundtracks for Rosa/Wandering.

In 1998, Karaindrou's profile only increased when Angelopoulos' Eternity and a Day won the Palme d'Or at Cannes. Although primarily aligned with the Greek film industry, she has also worked with noted European directors, including Dassin and Marker. In 2001, her theatrical work for a new staging of Euripides' tragedy Trojan Women directed by Antonis Antypas premiered at the Ancient Theatre of Epidaurus. Fifteen thousand people attended; it was then taken on the road in and around Greece, with 15 further performances, concluding with a presentation in Cyprus. Issued by ECM the next year, the score showcased a full choir and wide array of folk instruments. In 2004, she scored the Angelopoulos-directed Oscar-nominated film The Weeping Meadow; it was also nominated for a European Film Award. Next, she delivered 2005's epic concert retrospective Elegy of the Uprooting (issued in 2006). Presented as "a scenic cantata" at the Megaron in Athens, it was a tour through her music for film and theatre, with musical themes newly combined and contrasted. The two-disc set interweaved excerpts of her music -- from 13 different scores, spanning more than two decades -- with a choir, guest Maria Farantouri on vocals, and accompaniment by the Camerata Orchestra conducted by Alexandros Myrat. In 2008, her score for Angelopoulos's Dust of Time was issued; it was the last soundtrack issued during his lifetime. Two years later, her score for Greek television's The 10 was jointly released in Greece by Mikri Arktos and ECM. Also in 2010, Karaindrou revisited much of her theater music for Concert in Athens, a live recording featuring oboist Christopoulos, violist Kim Kashkashian, and saxophonist Garbarek, as well as the composer herself. Following Angelopoulos' death in a car accident in 2012, Eleni Karaindrou: Concert in Athens was issued in 2013.

She also continued to work with stage director Antypas. In 2014, she created the music for his staging of Euripedes' play Medea (as in the earlier collaboration on Trojan Women). Created to accompany performances at the Ancient Theatre of Epidaurus, Karaindrou worked with a small, entirely Greek ensemble, creating an ambience both archaic and contemporary -- textures of santouri, ney, lyra and clarinets were combined and contrasted. Giorgos Cheimonas' modern Greek adaptation of Euripides provided the lyrics, which were sung by a 15-piece chorus under Antonis Kontogeorgiou's direction and, on two pieces, by the composer. Cut live, it was issued by ECM in 2014. The same year, the Greek label Mirkis Arktos issued a compilation of her television music as Music for the Small Screen: Original Recordings (1976-1989).

In 2016, ECM issued Karaindrou's stage cantata for David, a unique piece of Aegean drama, a verse play with words by an unknown 18th century poet from the island of Chios. The composer bridged past and present in her settings for mezzo-soprano and baritone singers, instrumental soloists, choir and orchestra. Kashkashian's viola solos recalled Karaindrou's writing for Ulysses' Gaze. The music also drew inspiration from the world of baroque opera, as singers Irini Karagianni and Tassis Christoyiannopoulos were showcased in the foreground. The composer's focus shifted a bit for 2019's Tous Des Oiseaux, which collected her original scores for two works. The first was the play of the title by Lebanese-Canadian writer Wajdi Mouawad, and the second #Bomb, A Love Story, a film by Iranian actor/director Payman Maadi. Tous Des Oiseaux won acclaim for its bold exploration of the complex web of cultural identity. #Bomb was her first cinematic collaboration after the death of Angelopoulos; the score was nominated for an Asia Pacific Screen Award for Best Original Score. Both works feature compositions for string orchestra and Karaindrou's cast of soloists including vocalist Savina Yannatou. Tous Des Oiseaux was issued by ECM in early 2019. ~ Jason Ankeny, Rovi 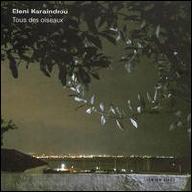 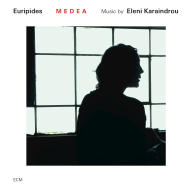 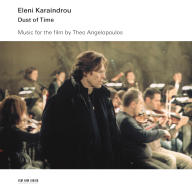 Dust Of Time [Music For The Film By Theo Angelopoulos]
2009 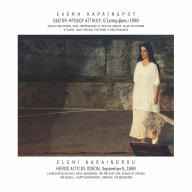 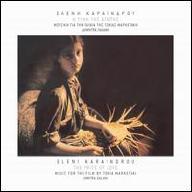 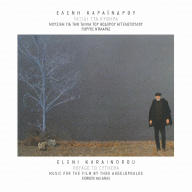 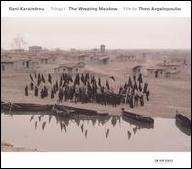 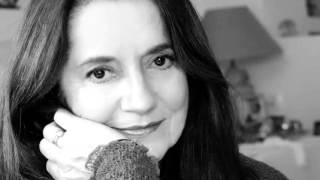 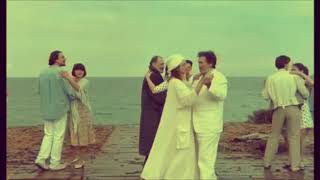 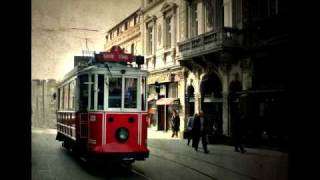 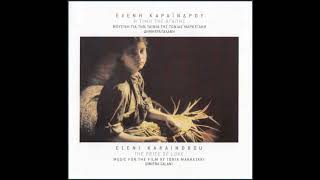 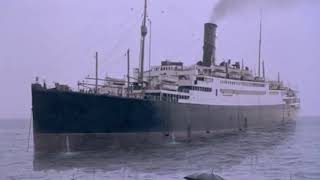 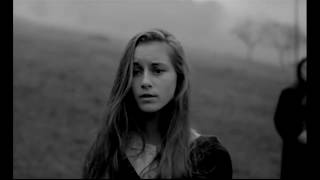 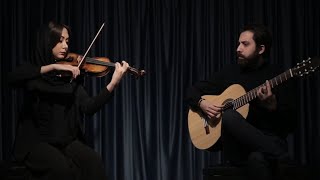