Close
Susie Ibarra
from California
Biography
Since the late 1990s, drummer Susie Ibarra has been among the most diverse, in demand, and well-traveled musicians on the modern jazz scene. A composer and bandleader as well as a percussionist, she continually creates live and immersive music that explores rhythm, indigenous ritual practices, and a conscious interaction between the sounds and energies of cities and the natural world. She has impressed audiences across the globe in various lineups that have included the David S. Ware Quartet, the Matthew Shipp Trio, Wadada Leo Smith, John Zorn, and William Parker, among many others. In the early part of the century she helped form Mephista with Sylvie Courvoisier and Ikue Mori. She has also issued more than a dozen recordings under her own name, both solo and large ensemble dates: including Daedal with Derek Bailey in 1999, Folkloriko (2004) with Smith, violinist Jennifer Choi, and pianist Craig Taborn. Since 2018 she has been under contract to Thrill Jockey, which issued the trio date Flower of Sulphur.

Although born in California, Ibarra grew up in Texas. She later studied at N.Y.C.'s Mannes College of Music and after graduating went on to attend Goddard College. Ibarra studied drumming and percussion with Milford Graves and Vernel Fournier, and later with Denis Charles, who had a weekly duo session with Ibarra for the few years preceding his death in early 1998. A live recording of this duo, Drum Talk, was released within the year by the Wobbly Rail label. Ibarra also learned and performed in several percussion groups, including gamelan (Balinese and Javanese) and Philippine kulintang ensembles. A resident of New York throughout the '90s, Ibarra replaced Whit Dickey (who went on to lead his own trio) as drummer in the David S. Ware Quartet in 1997, first appearing with Ware, Matthew Shipp, and William Parker on Wisdom of Uncertainty, the inaugural release of the AUM Fidelity label. She was also a member of the Matthew Shipp Trio (same lineup as the Ware Quartet, minus Ware) during this time, and with these two groups recorded not only for AUM Fidelity but for DIW, Sony, and Hatology as well. In 1998, she was awarded Best New Talent of the Year by Jazziz Magazine. The next year, Ibarra started up her own label, Hopscotch, with saxophonist and husband Assif Tsahar. No longer active in the Ware Quartet or Shipp Trio, Ibarra toured in a duo with Tsahar to support Hopscotch's first release, Home Cookin'. In 1999, she began leading her own trio with pianist Cooper Moore and violinist Charles Burnham. The trio's first recording, entitled Radiance, was released at the end of that year. Ibarra led her first larger group (which included the trio members) for her first Tzadik release, Flower After Flower (2000) in the label's Composer Series. That same year she appeared on two releases by the indie rock band Yo La Tengo.

In 2002, Ibarra issued a pair of recordings, Birds on Incus in duo with Bailey, and Passaggio with Courvoisier and bassist Jöelle Léandre as well as with Mephista on Black Narcissus. She played drums on a recording of Zorn's Cobra on Tzadik. Ibarra and Mark Dresser paired for the release of Tone Time in 2003 and she returned to Tzadik in 2004 for Folkloriko. 2004 and 2005 were exceptionally busy years for Ibarra. Her touring schedule was interrupted by her participation in eight different recording sessions with various ensembles. In 2007, her solo percussion album Drum Sketches was issued by Innova and in 2008, she held the drum chair for Lisle Ellis' Sucker Punch Requiem: An Homage to Jean-Michel Basquiat. As a member of Smith's Golden Quartet, she took part in the composer longform magnum opus, Ten Freedom Summers, which became a finalist for the Pulitzer Prize in Music in 2013. The same year she played drums and xylophone on pianist Yuko Fujiyama's quartet date Night Wave alongside Choi and cornetist Graham Haynes. Ibarra also premiered her own major works at festivals, including Circadian Rhythms, commissioned for Earth Day 2013 inspired by endogenous rhythms for 80 percussionists and 8.1 surround sound of Macaulay Library recordings; We Float, a 2014 commission by Ecstatic Music Festival with singer songwriter Mirah, a sonic retelling of space explorations; The Cotabato Sessions, a digital music film and album that captures one family legacy of gong-chime kulintang music in Mindanao, Philippines. Ibarra also became a TEDFellow in 2014. The following year she composed and performed Mirrors and Water, a composition and sonic installation commissioned for artist Ai Wei Wei's Circle of Animals/Zodiac Signs at the sculpture trail of the National Museum of Wildlife Art, Jackson, Wyoming. Ibarra also joined trumpeter Dave Douglas and guitarist Marc Ribot for the album New Sanctuary Trio on Greenleaf Music, and composed Musical Water Routes in the Medina of Fez, a music and river route mobile app walk in collaboration with architect Aziza Chaouni released at the 2016 Sacred Music Festival of Fez. Ibarra issued two albums in 2018, the first, Perception was released by Decibel in February and credited to her Dreamtime Ensemble, whose membership included cellist Yves Dharamraj, electronicist Jean-Luc Sinclair, pianist and guitarist Jake Landau, violinist Choi, and vocalist Claudia Acuña. The second was Flower of Sulphur, a trio date with Robert Aiki Aubrey Lowe (aka Lichens) and Japanese percussionist/drummer YoshimiO, released by Thrill Jockey. ~ Joslyn Layne, Rovi 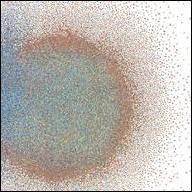 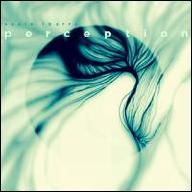 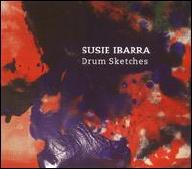 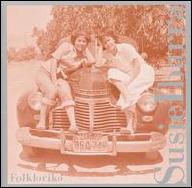 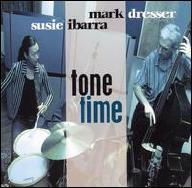 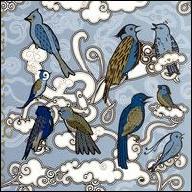 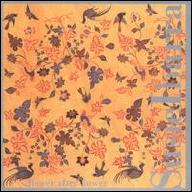 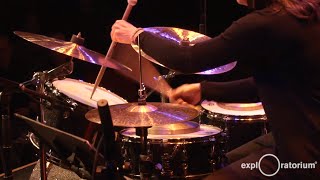 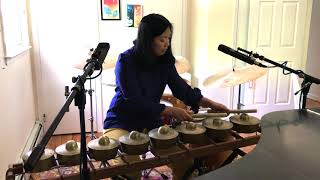 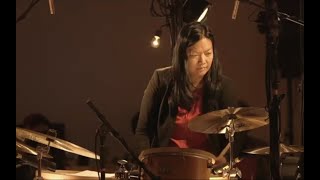 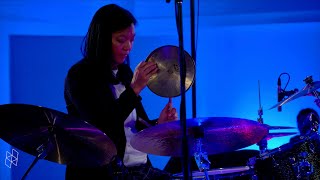 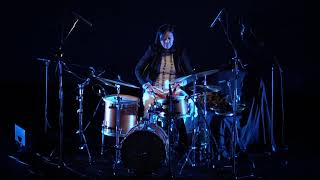 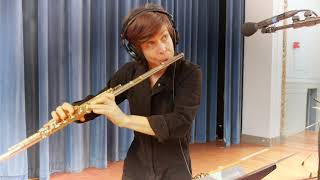