Close
Jimmy Chamberlin
from Joliet, IL
June 10, 1964 (age 57)
Biography
As the propulsive engine driving the Smashing Pumpkins, Jimmy Chamberlin earned respect as one of the most popular, influential drummers of the '90s. Although it certainly helped to have a singer/songwriter of Billy Corgan's caliber fronting the group, the importance of Chamberlin's drumming on the Pumpkins' music cannot be understated. His extraordinarily quick hands, furious snare rolls, and crackling rimshots recalled the likes of Ian Paice and Dennis Chambers, and yet equally important to the band was his tasteful, understated playing on their quieter numbers. This oft-overlooked side of his ability revealed a musician of considerable depth and creativity with a keen ear for nuance, which made him a glove-like fit for the wide range of material the Pumpkins produced in their existence.

Jimmy Chamberlin was born on June 10, 1964 in Joliet, IL. Receiving musical inspiration early on from his father and older brother (who both played in local jazz groups), he soon began taking lessons himself under the tutelage of future Yanni drummer Charles Adams; this instruction provided the nine-year-old Chamberlin with an understanding of the basic fundamentals and rudiments of drumming. Through his teenage years, he went on to study under several other teachers, learning Latin, Brazilian, and big band technique.

After high school, Chamberlin spent the next few years alternating between gigging locally in area bands and working as a carpenter to pay the bills. In August 1988, he witnessed a show at the Chicago Avalon by a fledgling band known as the Smashing Pumpkins. The band, then consisting of singer/guitarist Billy Corgan, guitarist James Iha, and bassist D'Arcy Wretzky, were still utilizing a drum machine on stage, and while Chamberlin thought there was much room for improvement, he saw potential in Corgan's songwriting. Local nightclub owner Joe Shanahan was also in attendance, and he informed the trio that they could play a show at his Cabaret Metro venue with just one stipulation: they must replace the drum machine with an actual drummer. Through a mutual acquaintance, Chamberlin was introduced to the group and quickly taken on board; they soon played their first show as a quartet on October 5 at the Metro.

The Smashing Pumpkins eventually went on to become one of the biggest alternative rock groups of the '90s, releasing their acclaimed debut Gish in 1991, and then rocketing to superstardom with 1993's Siamese Dream. During the recording of the latter, Chamberlin's troubles with substance abuse (dating back to the Gish era) first came to light, leading him to briefly leave the band on "vacation"; after returning to the studio to complete the album, Chamberlin entered a drug rehabilitation program.

With Siamese Dream selling by the millions, the Pumpkins capitalized on their newfound success with a long touring schedule that included a headlining position on the 1994 Lollapalooza festival. Chamberlin's playing had begun to turn many a drummer on their ear, which soon led to a feature story in the respected publication Modern Drummer. He was again featured in the magazine shortly before the 1995 release of the monumental double album Mellon Collie and the Infinite Sadness, an album that revealed many new facets of his playing and showcased his abilities like never before. The band was at the absolute zenith of their popularity, and the album was a huge seller, eventually becoming the biggest-selling double CD of all time.

However, on the ensuing Mellon Collie world tour, Chamberlin's substance abuse problems resurfaced, as he and touring keyboardist Jonathan Melvoin had two separate drug-related incidents at tour stops in Thailand and Portugal. After being threatened with dismissal from the band, the Pumpkins opted to go forward with their American tour under the strict promise that the substance abuse would cease. Nevertheless, on July 12, 1996, Chamberlin and Melvoin both overdosed on heroin in a New York hotel room, resulting in Melvoin's death. The other Pumpkins were stunned by the tragedy, and shortly thereafter decided to fire Chamberlin from the band; he was soon replaced by ex-Filter drummer Matt Walker. Chamberlin was charged with criminal possession of a controlled substance, and immediately entered rehab once again. He eventually pleaded guilty to a lesser charge of disorderly conduct and avoided serving jail time by successfully completing his rehab program.

In late 1996, Chamberlin collaborated with Skid Row frontman Sebastian Bach, Breeders guitarist Kelley Deal, and Jimmy Flemion from the Frogs in a project dubbed the Last Hard Men. The group recorded a cover of Alice Cooper's School's Out that found its way onto the soundtrack for Wes Craven's Scream; their independently released, self-titled album eventually surfaced (albeit in extremely limited quantities) in 1998. In early 1999, Chamberlin met up with Billy Corgan to discuss and resolve their lingering issues; soon after, Chamberlin was welcomed back into the Pumpkins. The band immediately began working upon new material, much of which would end up on their next album, MACHINA/The Machines of God. In May 2000, Corgan publicly revealed his decision to disband the group by the year's end; the Smashing Pumpkins played their final show on December 2, 2000 at the Metro in Chicago.

Following the demise of the Pumpkins, Jimmy Chamberlin continued his musical partnership with Billy Corgan in a new project dubbed Zwan, a quartet rounded out with guitarist Matt Sweeney (formerly of Chavez and Skunk) and guitarist/bassist David Pajo (Papa M/Slint). The quartet soon morphed into a quintet with the addition of former A Perfect Circle bassist Paz Lenchantin. Zwan went on to release its sole album, Mary Star of the Sea, in January 2003 before disbanding later in the year under somewhat cloudy circumstances.

In 2004, both Corgan and Chamberlin decided to finally embark on solo careers; Chamberlin's project, known as the Jimmy Chamberlin Complex, featured contributions from such musicians as Rob Dickinson, Billy Mohler, and Sean Woolstenhulme. In 2005 he released his Sanctuary debut, Life Begins Again. ~ Steve Bekkala, Rovi 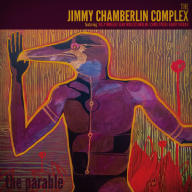 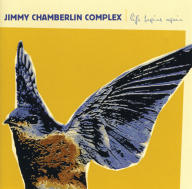 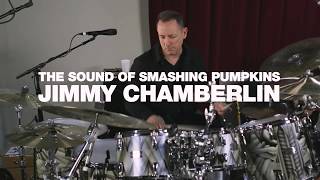 The Sound of The Smashing Pumpkins | Jimmy Chamberlin & Yamaha Drums 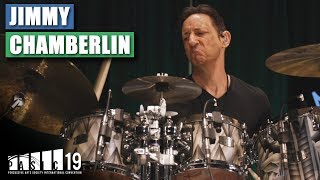 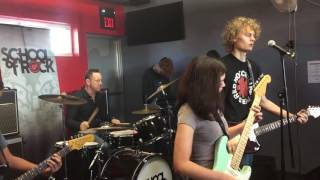 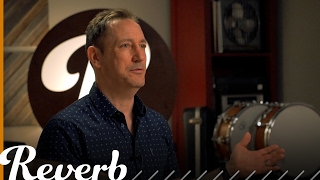 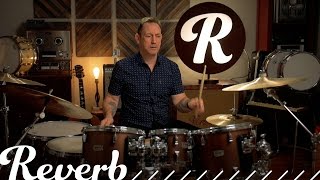 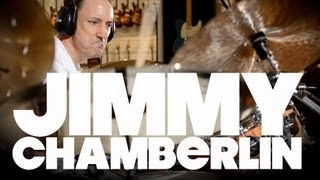 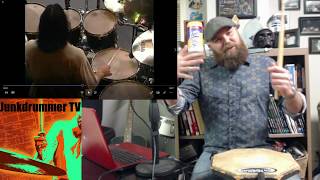