Close
Jimmy Rushing
from Oklahoma City, OK
August 26, 1901 - June 8, 1972 (age 70)
Biography
He was known as "Mister Five-By-Five" -- an affectionate reference to his height and girth -- a blues shouter who defined and then transcended the form. The owner of a booming voice that radiated sheer joy in whatever material he sang, Jimmy Rushing could swing with anyone and dominate even the loudest of big bands. Rushing achieved his greatest fame in front of the Count Basie band from 1935 to 1950, yet unlike many band singers closely associated with one organization, he was able to carry on afterwards with a series of solo recordings that further enhanced his reputation as a first-class jazz singer.

Raised in a musical family, learning violin, piano and music theory in his youth, Rushing began performing in nightspots after a move to California in the mid-'20s. He joined Walter Page's Blue Devils in 1927, then toured with Bennie Moten from 1929 until the leader's death in 1935, going over to Basie when the latter picked up the pieces of the Moten band. The unquenchably swinging Basie rhythm section was a perfect match for Rushing, making their earliest showing together on a 1936 recording of Boogie Woogie that stamped not only Rushing's presence onto the national scene but also that of Lester Young. Rushing's recordings with Basie are scattered liberally throughout several reissues on Decca, Columbia and RCA. While with Basie, he also appeared in several film shorts and features.

After the Basie ensemble broke up in 1950, a victim of hard times for big bands, Rushing briefly retired, then formed his own septet. He started a series of solo albums for Vanguard in the mid-'50s, then turned in several distinguished recordings for Columbia in league with such luminaries as Dave Brubeck, Coleman Hawkins and Benny Goodman, the latter of whom he appeared with at the Brussels World's Fair in 1958 as immortalized in Brussels Blues. He also recorded with Basie alumni such as Buck Clayton and Jo Jones, as well as with the Duke Ellington band on Jazz Party. He appeared on TV in #The Sound of Jazz in 1957, was featured in Jon Hendricks' The Evolution of the Blues, and also had a singing and acting role in the 1969 film #The Learning Tree. ~ Richard S. Ginell, Rovi 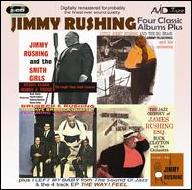 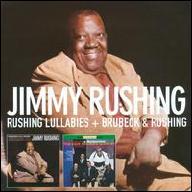 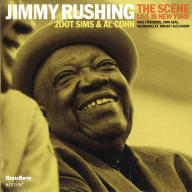 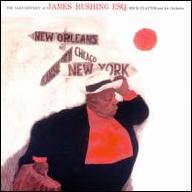 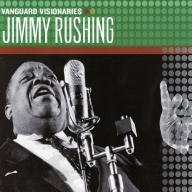 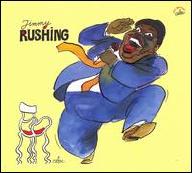 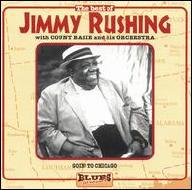 Goin' to Chicago: The Best of Jimmy Rushing with Count Basie and His Orchestra
2004
Videos
Close 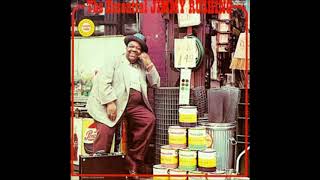 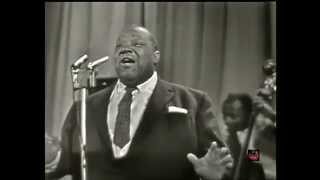 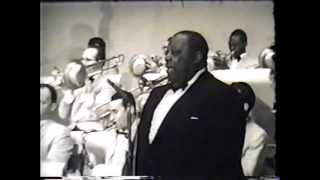 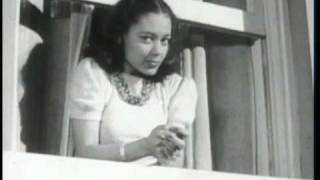 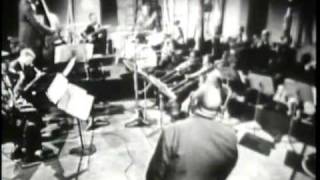 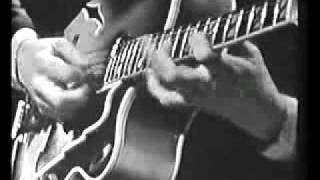 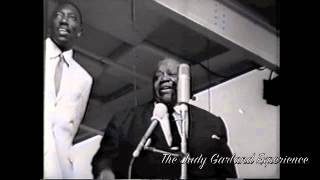