Close
Jimmy Page
from Heston, Middlesex, England
January 9, 1944 (age 76)
Biography
Unquestionably one of the all-time most influential, important, and versatile guitarists and songwriters in rock history is Jimmy Page. Just about every rock guitarist from the late '60s/early '70s to the present day has been influenced by Page's work with Led Zeppelin -- his monolithic riffs served as a blueprint for what would eventually become heavy metal, yet he refused to be pigeonholed to any single musical style (touching upon folk, country, funk, blues, and other genres). Page also lent a hand in writing (or co-writing) Zeppelin's vast array of classic songs and produced all their albums. Born on January 9, 1944, in Heston, Middlesex, England, Page picked up the guitar at age 13 after being inspired by the Elvis Presley tune "Baby Let's Play House," and while he took several lessons, was mostly self-taught. Instead of attending college right after high school, Page decided to join his first real rock band, Neil Christian the Crusaders, whom he toured England with. But Page fell seriously ill (with glandular fever) and was forced to quit and recuperate. Dejected, Page pondered giving up music and focusing on another interest, painting, as he enrolled at an art college in Sutton, Surrey.

With the emergence of such bands as the Rolling Stones in the early '60s and their gritty blues-rock, Page's interest in music perked up once again -- but instead of forming a band right away, he decided to hone his craft by becoming one of England's top session guitarists and producers. Although the exact specifics of which sessions he was involved with have become hazy over time, it's confirmed that he worked with many of the day's top acts, including the Who, Them, Donovan, the Kinks, and the Rolling Stones, among others. By 1966, Page was looking to put his session work on hold and join a full-time band; he accepted an offer to play with the Yardbirds (initially as a bassist, then shortly thereafter as a guitarist), as he was paired up with another one of rock's all-time guitar greats, Jeff Beck. Although the Yardbirds began as a straight-ahead blues-rock band, with the inclusion of Page in the lineup, the group began experimenting with psychedelic and hard rock styles.

Despite it being obvious that the Yardbirds were on the downside of their career (Beck left shortly after Page came onboard), Page appeared on the album Little Games and several tours before the band finally called it a day in 1968. With a string of tour dates still set up throughout Europe, Page decided to go through with the shows and put together a new band that was dubbed the New Yardbirds -- including longtime session bassist John Paul Jones, plus newcomers Robert Plant on vocals and John Bonham on drums. After the completion of their initial tour, the band changed its name to Led Zeppelin and explored the still largely uncharted territory of hard rock/heavy metal. The band immediately became one of rock's most successful and enduring bands, issuing a string of classic albums from 1969 through 1975 -- Led Zeppelin I, Led Zeppelin II, Led Zeppelin III, Led Zeppelin IV, Houses of the Holy, and Physical Graffiti -- which spawned such classic rock radio standards as "Dazed and Confused," "Whole Lotta Love," "Immigrant Song," "Black Dog," "Stairway to Heaven," and "Kashmir," as the band also became a must-see live act in the process. Page also found the time to work with folk artist Roy Harper (most notably his 1971 release, Stormcock, under the alias S. Flavius Mercurius). Zeppelin was arguably the biggest rock band in the world by the mid-'70s (their influence on other rock bands following in their wake cannot be stressed enough) as they launched their own record company, Swan Song, but it was around this time that Page began dabbling with heroin and other substances, eventually leading to him becoming a full-blown addict by the late '70s/early '80s (as a result, his playing began to suffer). Also, Page's interest in the occult became a concern to those around him (he went as far as purchasing a mansion on the Loch Ness in Scotland that was once owned by renowned Satanist Aleister Crowley).

Zeppelin continued issuing albums until the dawn of the '80s (1976's concert movie/soundtrack The Song Remains the Same and Presence, 1979's In Through the Out Door), but tragedy ultimately derailed the quartet -- the death of Plant's young son in 1977 and Bonham's alcohol-related death in 1980. After Led Zeppelin decided to call it quits in late 1980, Page disappeared from sight (it became known later on that he hardly touched his instrument for a long time afterward). It wasn't until 1982 that Page began to emerge from his self-imposed exile, as he composed and played on the motion picture soundtrack to Death Wish III, compiled the Zeppelin outtakes collection Coda, and took part in the 1983 star-studded A.R.M.S. tour, which saw Page unite with Beck and Eric Clapton for a series of shows that raised money for multiple sclerosis research. In 1984, Page guested alongside Plant, Beck, and Nile Rodgers on the hit EP of rock & roll oldies The Honeydrippers, and formed his first band since the demise of Zeppelin, dubbed the Firm. The group featured former Free/Bad Company vocalist Paul Rodgers, and despite the fact that their self-titled debut was a sizable hit, the band decided to call it a day shortly after the release of its lukewarm-received sophomore effort, Mean Business.

Led Zeppelin fans were given a rare treat when Zeppelin's surviving three members reunited (with drummers Tony Thompson and Phil Collins) for the mammoth Live Aid at Philadelphia's JFK Stadium in July 1985 -- unfortunately handing in an incredibly under-rehearsed, sloppy performance. Zeppelin reunited again in 1988 for the Atlantic Records 25th anniversary concert at New York's Madison Square Garden (this time Bonham's son, Jason, filled in for his late father behind the kit), and yet again performed another mistake-filled mini set. The same year Page guested on Plant's solo release Now Zen, as well as issuing his first ever solo recording, Outrider, following it up with a tour that touched upon tracks from all eras of his career. By the early '90s, further rumors of an impending Zeppelin reunion continued to circulate, and after Plant declined an invitation from Page to join forces once again, Page decided to collaborate with former Deep Purple/Whitesnake vocalist David Coverdale, whose vocal style was often compared to Plant's over the years. Page's latest project only lasted a single album, 1993's heavily Zep-like Coverdale/Page, as a proposed world tour was scrapped in favor of just a few select dates in Japan.

In 1994, Plant and Page finally agreed to collaborate once again (although Jones wasn't invited this time), leading to the release of the acoustic set No Quarter the same year, plus a highly popular MTV Unplugged special and sold-out world tour. A year later, Led Zeppelin were inducted into the Rock & Roll Hall of Fame, this being the second time a Page-related band got the nod from the Hall (in 1992, the Yardbirds were honored). The year 1998 saw Plant and Page issue an album of all-new material, Walking into Clarksdale, which was surprisingly not well received by the public, sinking from sight shortly after its release. The duo went their separate ways by the late '90s, as Page joined the Black Crowes for a tour and live album (2000's Live at the Greek). The same year as the album's release, another Crowes/Page tour was cut short due to a back injury Page suffered. But in June of 2001, Page took to the concert stage alongside Plant to celebrate the 60th birthday of Roy Harper.

In 2005 Page was appointed Office of the Order of the British Empire in recognition of his charity work, and the following year he was inducted, along with the rest of Led Zeppelin, into the U.K. Music Hall of Fame. A one-off charity concert with all of the surviving Led Zeppelin members, with Jason Bonham on drums, occurred in 2007 at the O2 Arena in London, and in 2008 Page appeared in and co-produced the guitar documentary It Might Get Loud, which focused on the careers and playing styles of Page, Jack White, and U2's the Edge. In 2012 Page, Plant, and Jones received the prestigious Kennedy Center Honors from President Barack Obama in a White House ceremony amidst rumors circulating about a possible Led Zeppelin reunion in anticipation of the forthcoming deluxe reissues of the band's first three studio albums. By 2014 those rumors had mostly abated, and Page announced that he was going to put together a band and tour as a solo act for the first time since 1988. ~ Greg Prato, Rovi 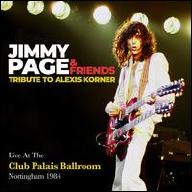 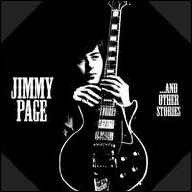 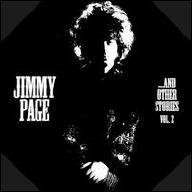 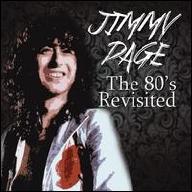 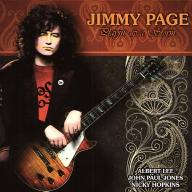 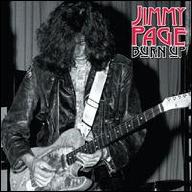 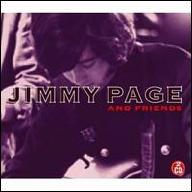 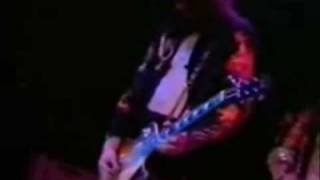 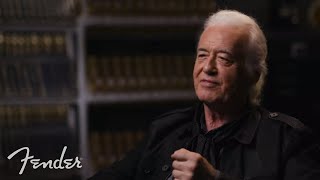 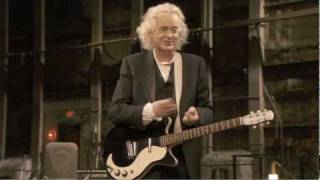 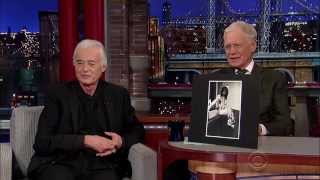 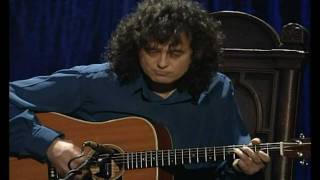 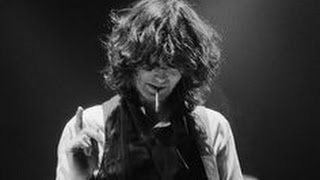 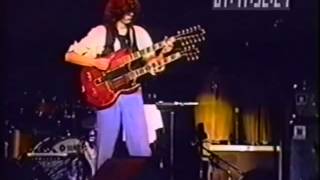