Close
Neil Sedaka
from Brooklyn, NY
March 13, 1939 (age 82)
Biography
Singer, songwriter, and pianist Neil Sedaka enjoyed two distinct periods of commercial success in two slightly different styles of pop music: first, as a teen pop star in the late '50s and early '60s, then as a singer of more mature pop/rock in the '70s. In both phases, Sedaka, a classically trained pianist, composed the music for his hits (lyrics were often provided by Howard Greenfield), which he sang in a boyish tenor. And throughout, even when his own recordings weren't placing high on the charts, he served as a songwriter for other artists, resulting in a string of hits year in and year out, whether recorded by him or someone else. For himself, he wrote eight U.S. Top Ten pop hits, including the chart-toppers Breaking Up Is Hard to Do, Laughter in the Rain, and Bad Blood. The most successful cover of one of his compositions was Captain Tennille's recording of Love Will Keep Us Together, another number one. And over the years his songs were recorded by hundreds of pop, rock, country, RB, and jazz performers, including ABBA, the Carpenters, Cher, Patsy Cline, Rosemary Clooney, Sheryl Crow, Bobby Darin, Neil Diamond, Gloria Estefan, Tom Jones, Carole King, Peggy Lee, Johnny Mathis, the Monkees, Wilson Pickett, and Elvis Presley.

Sedaka was a promising pianist as a youngster, and was once selected by Arthur Rubinstein to play on New York City's classical radio station; he also studied at New York's prestigious Juilliard school. At the same time, he set down roots in rock & roll and doo wop by singing in an early version of the Tokens. After he had his first songwriting success in 1958 with Connie Francis' "Stupid Cupid," he got a deal with RCA as a solo artist. Sedaka's own hits were well-crafted, but were probably the most innocuous hits to come out of the early Brill Building crowd. His rather thin, high vocals were boosted by multi-tracking, which was still a novel technique at the time.

The big hits stopped rolling in for Sedaka a good year or so before the Beatles became popular in America. He concentrated more on the songwriting end of the business for the next decade, continuing to write with Greenfield and scoring occasional successes. He made an unexpectedly successful comeback in England in the early '70s, where three of his albums were co-produced by Graham Gouldman of 10cc. By the mid-'70s he was recording for Elton John's Rocket label, and got a number one hit with the ballad "Laughter in the Rain" in 1974. That and "Love Will Keep Us Together," which he and Greenfield wrote for Captain Tennille, did much to get MOR pop off the ground. Sedaka got another number one hit, "Bad Blood," in 1975, with Elton John helping out on background vocals. A slow remake of "Breaking Up Is Hard to Do" made the Top Ten the following year, and although he would never enter the Top 40 after 1980, he was assured of a successful career as a perennial on the MOR circuit.

Clearly, Sedaka's days as a multi-platinum recording act were over by the mid-'80s, but he had amassed a sufficient backlog of hits that he could perform successfully for decades in theaters and hotel casinos in the U.S. and internationally. That's what he did, meanwhile issuing occasional new recordings and re-recordings of his old songs. The death of Howard Greenfield from AIDS in 1986 prompted the release of the double-album My Friend, containing the duo's best-known work. In 1991, Polydor's Timeless: The Very Best of Neil Sedaka became a Top Ten hit in the U.K. Varèse Sarabande's 1995 collection Tuneweaver found Sedaka revisiting many of his old hits, and the same year saw the release of Classically Sedaka on Vision, an album on which he adapted classical themes into songs with new lyrics that he wrote himself. Tales of Love and Other Passions, featuring a jazz trio, appeared in 1997. In 1999, a TV-advertised collection, The Very Best of Neil Sedaka, charted in the U.K.

Sedaka's first major release of the 2000s was Brighton Beach Memories: Neil Sedaka Sings Yiddish, released on Sameach in 2003, and the same year Sedaka self-released an album of new songs to which he had written both music and lyrics, The Show Goes On. Early 2010 brought another set of new songs, The Music of My Life, which was packaged with a disc of his greatest hits. As the decade rolled on, Sedaka remained a fixture in the U.K., calling the country his home and, appropriately, most of his albums were released primarily in Britain. This included reissues as well as The Real Neil, which comprised new songs with re-recordings of old tunes. ~ William Ruhlmann, Rovi 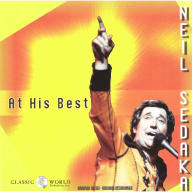 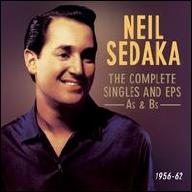 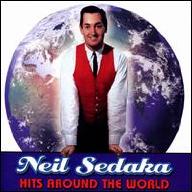 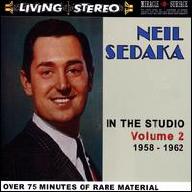 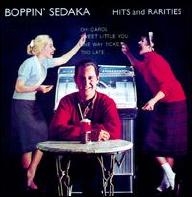 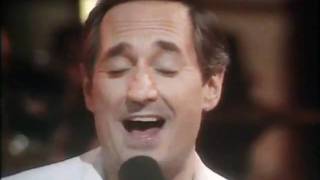 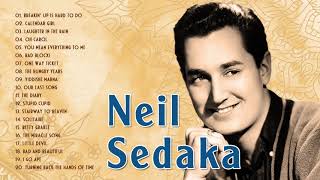 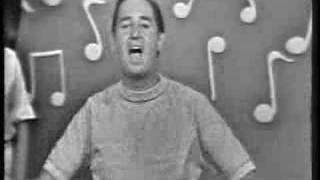 Breakin' Up Is Hard To Do - Neil Sedaka 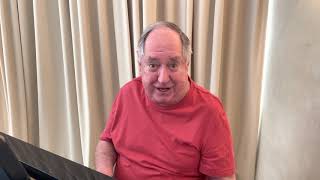 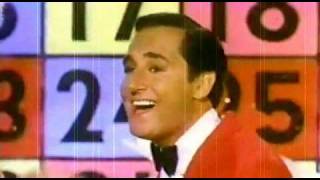 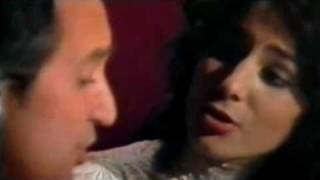 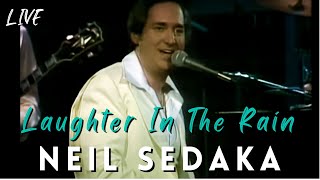