Close
Bobby Broom
from Harlem, NY
January 18, 1961 (age 61)
Biography
Bobby Broom is a veteran jazz guitarist, bandleader, composer and sideman, who is highly regarded among his peers as a compelling soloist in the tradition of Wes Montgomery, Grant Green, and Kenny Burrell. Based in Chicago, Broom has, since the very beginning of his career, embraced the rhythm and blues core of jazz. A professional since age 16, Broom lent his talents to recordings and performances by everyone from Sonny Rollins and Dave Grusin to Miles Davis and Dr. John just to name a few. As a bandleader, his recordings have underscored his innate ability to render complex ideas and techniques accessible to a wide range of listeners. Clean Sweep, his 1981 debut album, placed on the R&B charts and remained there for nine weeks. It was drenched in funk, R&B, and smooth jazz, even as his playing displayed classic hard bop phrasing and licks. His 2009 offering Bobby Broom Plays for Monk, resonated for its startling arrangments and accessible approach while directly relating the composer's sometimes difficult conception to rhythm and harmony.

Broom was born on January 18, 1961, and raised in New York City. Introduced to jazz at early age (via Charles Earland's 1971 Black Talk), Broom took up the guitar shortly thereafter, resulting in playing in off-Broadway productions, gigs with Charlie Parker alumni/pianists Al Haig and Walter Bishop, Jr., and an invitation to join Sonny Rollins' band (he had to turn down the latter, choosing to listen to his parents' advice and complete high school before pursuing music full-time). After attending the renowned Berklee College of Music in Boston, Broom returned to New York, where he worked with Art Blakey's Jazz Messengers, trumpeters Tom Browne and Hugh Masakela, and pianist Dave Grusin before issuing his first solo album, 1981's Clean Sweep.

In 1982, several years after his initial invitation from Sonny Rollins, Broom would rejoin him to work with the jazz legend for five years of touring and the recordings No Problem and Reel Life. In 1987, Broom worked with Kenny Burrell in his Jazz Guitar Band and recorded Generation live at the Village Vanguard for Blue Note. That same year he was also invited to join Miles Davis' band, which lasted for a handful of performances. Broom relocated to Chicago in 1984, where he would eventually form his own trio and co-lead the Deep Blue Organ Trio (with Chris Foreman and Greg Rockingham). It was also where he would come full circle in meeting and working with Charles Earland, another newly transplanted Chicago resident. Together they recorded Front Burner and Third Degree Burn. Just before his untimely death in 1999, Earland had planned to form a trio with Broom and drummer Rockingham. During the '90s Broom collaborated with Dr. John, touring and making recordings, including Duke Elegant, which he co-produced.

Over the years Broom also became active in jazz education, beginning in 1982 when he taught for Jackie McLean's jazz program at the University of Hartford. He completed graduate work in jazz pedagogy at Northwestern University in 2005, and taught at DePaul University. Also in 2005, after 20 years, Broom resumed work with his old boss and mentor Sonny Rollins. Two years later, Broom returned with the pop covers album Song and Dance, followed in 2007 by the Latin-infused Passport Not Required featuring Alexandre Pires and Sergio Pires.

In 2009, Broom investigated the compositions of pianist Thelonious Monk with Bobby Broom Plays for Monk. He then returned to his adventurous original compositions for the trio album, Upper West Side Story, in 2012. In 2014, Broom delivered a no-less adventurous exploration of American Songbook standards with My Shining Hour leading a trio that included bassist Dennis Carroll, and drummer Makaya McCraven. Over the next threee years, Broom spent his time touring and bonding with his young son. In 2017 he issued the direct-to-web album Throwback (Home Demos 1992-1996). He followed it in the fall of 2018 with Soul Fingers, that showcased his Organi-Sation trio (Ben Paterson, Hammond B-3; Kobie Watkins, drums) in a swinging program of tunes from the late-'60s and early-'70s -- pop hits from the Beatles, Procol Harum, Bobbie Gentry, and Steely Dan in classic soul-jazz fashion. ~ Greg Prato & Sean Westergaard, Rovi 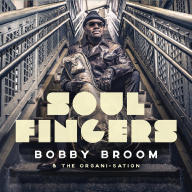 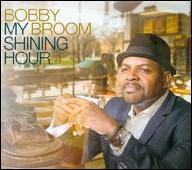 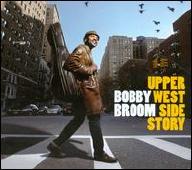 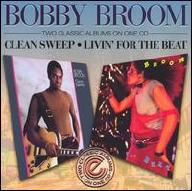 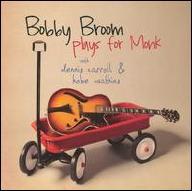 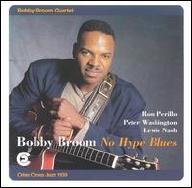 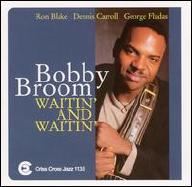 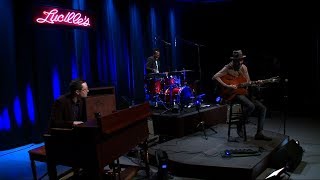 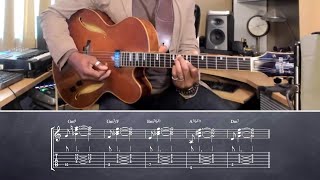 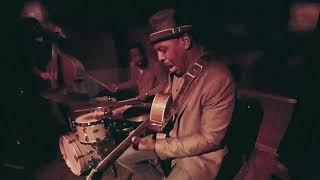 The Bobby Broom Trio, "Just One of Those Thangs" 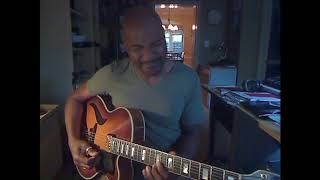 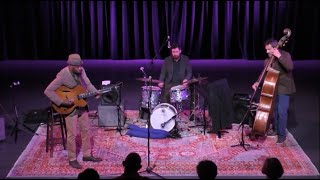 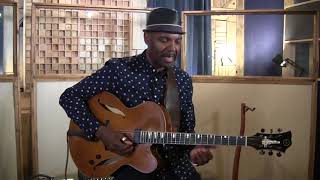 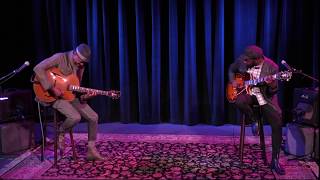