Close
Rick Laird
from Dublin, Ireland
February 5, 1941 - July 4, 2021 (age 80)
Biography
Rick Laird was the quiet member of the Mahavishnu Orchestra -- while John McLaughlin, Jan Hammer, Jerry Goodman, and Billy Cobham each regularly tried to outdo his bandmates in speed and volume, Laird provided the anchor to the group's sound. Not that he didn't occasionally get the chance to step out in front for a brief solo spot, but he seldom broke his playing down into anything anywhere near the seeming 32nd or 64th notes that McLaughlin & co. sometimes aimed for. Even before he was a member of that short-lived best-selling jazz-rock fusion group, however, Laird was one of the busiest and most respected jazz bassists of his generation.

Born in Dublin, Ireland in 1941, Laird grew up in a musical household -- his mother was a gifted pianist, fluent in everything from impressionist classical pieces to boogie-woogie, while his father played the ukulele. He showed a strong interest in music from an early age and was soon learning chord symbols and experimenting on the piano and the ukulele -- his formal attempt at learning the piano didn't work out, however, and he felt similarly stymied when he took up the guitar. Instead, he listened to lots of music, especially the work of Erroll Garner, George Shearing, and Louis Armstrong, thanks to his mother, and for a time tried his hand at the drums.

His parents were divorced in the mid-'50s and Laird moved to New Zealand with his mother. It was there that he took up the guitar again, and also began discovering the new jazz sounds of the period. According to a 1980 article by Arnie Berle in Guitar Player magazine, it was Ray Brown's playing, on a record by Oscar Peterson, that led Laird to start playing bass parts on his guitar. He ended up taking up the upright bass on his own, and was a good enough self-starter to quickly land his first local gig. His career advanced almost faster than his skill on the instrument -- he learned from more experienced hands as he played and traveled, listening and picking up what he needed to know, including the best records from which to learn.

He made the jump from New Zealand to Australia, playing with that continent's best jazz musicians, and from there, it was off to England and a tour of Europe with Lambert, Hendricks Ross and gigs at Ronnie Scott's. He played with everyone from Zoot Sims and Al Cohn to Brian Auger, and it was while playing with the latter's band that he first crossed paths with guitarist John McLaughlin, but their contact was very brief, as was his tenure with Auger -- the keyboard player/bandleader wanted Laird to switch to electric bass, but jazz purist that he was, Laird thought little of the latter instrument, and also couldn't appreciate the rock sounds that went into the mix of music generated by Auger's band.

A two-year gig starting in 1964 as the house bassist at Ronnie Scott's had Laird playing with virtually every major jazz musician visiting England. He also studied at London's Guildhall School of Music, adding classical technique to his range. Amid all of this activity, Laird got to make his first contribution to recording by way of movies, when Sonny Rollins recruited him to play on the soundtrack to the 1966 movie Alfie. His gig at Ronnie Scott's ended in time for Laird to take advantage of a scholarship to attend Boston's Berklee College of Music, where he took up the study of arranging and composition, as well as finally making it to the United States, which had been his goal since the early '60s. While the Summer of Love was blooming in the rock world, Laird's musical vocabulary and range were growing by leaps and bounds, even as he confined his playing to the upright bass. Finally, in 1968, he made the jump to the electric bass out of necessity -- with the size of the halls in which he found himself playing with various bands, and the volume levels generated by the musicians around him, he'd belatedly realized that his acoustic instrument could scarcely be heard at many gigs. The switch only broadened his range still further.

Laird spent a tumultuous year and a half playing in Buddy Rich's band, and headed to England when it was over. There he renewed his contact with McLaughlin and discovered that the guitarist was in the process of putting together a band of his own, to be called the Mahavishnu Orchestra, and needed a bass player. Laird joined and within six weeks, the band had cut its debut album, The Inner Mounting Flame, in New York. The next two years were like riding a whirlwind. Along with the rest of the group, Laird went from playing to relatively small but devoted audiences in clubs and the occasional festival to working in front of thousands of listeners at a time, and from satisfying but relatively anonymous gigs to placing his music on the pop album charts and hearing it get airplay on the biggest FM stations in the United States, not to mention doing world tours and making appearances on network television. Along with Stanley Clarke of Chick Corea's Return to Forever and Jaco Pastorius of Weather Report, Laird was one of the most visible bassists in the booming field of jazz fusion, and with the gold record-winning Birds of Fire album became a household name even among casual jazz listeners. Ironically, amid all of that activity, all he wanted to do was play bass, and never aspired to become a star.

The Mahavishnu Orchestra proved to be a psychic pressure cooker as well as a commercial gold mine. The original band burned itself out after two studio albums, a live LP, and an abortive third studio album, amid ego conflicts, creative disagreements, arguments over composition credits, monetary disputes, and general exhaustion. In the wake of the breakup, Laird cut one solo album, Soft Focus, which featured saxman Joe Henderson and pianist Tom Grant, but the mid-'70s were principally a time for Laird to take an extended break from music, for the first time since his teens. He took up photography -- a field to which he was introduced by Billy Cobham while the Mahavishnu Orchestra was visiting Japan -- and went so far as to enroll in the School of Visual Arts in New York. In the process, he discovered a new string to his professional bow when his work proved good enough to get him a gallery show.

He moved back into music during the second half of the decade through an unexpected path; as offers from jazz outfits weren't forthcoming, he worked with several rock acts (including Hall Oates) before finally landing in Chick Corea's band. He also returned to Europe with Stan Getz for a tour, and subsequently played with Buddy DeFranco's band, his fellow Mahavishnu alumnus Jan Hammer, and rock guitar legend Jeff Beck. Since then, Laird has alternated between photography and music, and, in addition to composing his own music and writing several books on playing the bass, has also been a teacher of the instrument. Rick Laird died in New City, New York on July 4, 2021 due to lung cancer; he was 80 years old. ~ Bruce Eder, Rovi 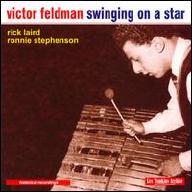 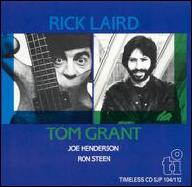 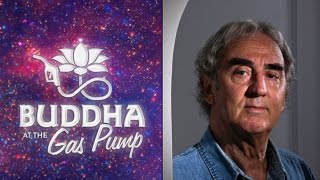 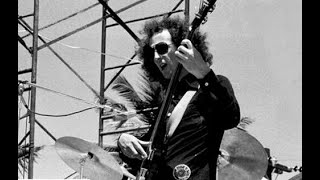 A Few Words about Rick Laird 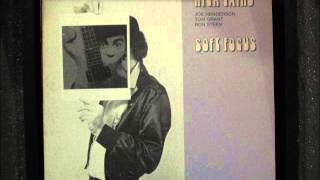 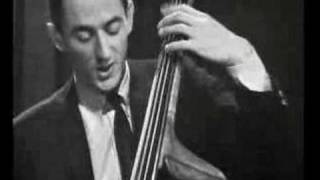 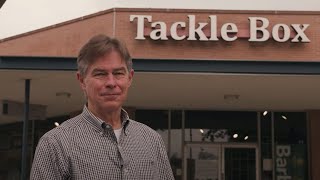