Close
Lulu
from Lennox Castle, Glasgow
November 3, 1948 (age 73)
Biography
In the United States, Lulu is often thought of as a one-hit wonder, having scored a memorable number one hit in 1967 with the bittersweet and evocative "To Sir, With Love" without ever duplicating that feat (though she did land three other singles in the Top 40). In the United Kingdom, however, the Scotland-born vocalist had already scored a handful of hits when "To Sir, With Love" was released as the B-side to "Let's Pretend." There, she would become an enduring star in pop music, on television, on-stage, and in the movies, thanks to her strong, versatile voice and sunny disposition. That longevity included a U.K. Top Three appearance with her cover of David Bowie's "The Man Who Sold the World" in 1974, a final U.S. Top 20 hit with 1981's "I Could Never Miss You (More Than I Do)," and a U.K. resurgence in the '90s that included a chart-topping featured spot on Take That's "Relight My Fire." Her 2002 duet with Ronan Keating, a cover of Bob Seger's "We've Got Tonight" from her Top Five duets albums, Together, reached number four in the U.K. Lulu released her 15th studio album, Making Life Rhyme, in 2015. Following a stint on the West End and a tour with Take That, she appeared in the Bee Gees documentary How Can You Mend a Broken Heart in 2020.

Lulu was born Marie McDonald McLaughlin Lawrie on November 3, 1948 in Glasgow, Scotland. The oldest of four siblings, she developed an enthusiasm for singing at a very young age, and was just four years when she performed for an audience for the first time at a Coronation party. After years of competing in talent contests, she was invited to join a local pop group, the Gleneagles, when she was 14. The Gleneagles were soon regularly playing venues in Glasgow and Edinburgh, and one evening in 1962, the group was spotted by Marion Massey, who saw potential in the combo, in particular their charismatic lead singer. Massey became their manager, changed Marie's stage name to Lulu, and dubbed the band the Luvvers. In 1964, Massey landed a recording deal for the group with Decca Records, and Lulu the Luvvers' first single, an enthusiastic cover of the Isley Brothers' "Shout," was a hit, rising to number seven on the U.K. singles charts. More chart successes followed -- "Can't Hear You No More," "Here Comes the Night," and "Satisfied" -- along with a steady stream of television, radio, and concert appearances that led to Melody Maker magazine naming Lulu Britain's most promising new act of 1965.

In 1966, Lulu parted ways with the Luvvers and made her debut as a solo act. She signed a record deal with Columbia Records (the British label affiliated with EMI), struck a production deal with Mickie Most (best known for his work with the Animals, Donovan, and Jeff Beck), and set out on several concert tours, including a trip to Poland, which made her the first British female act to perform behind the Iron Curtain. In 1967, Lulu made her big-screen debut in the coming-of-age drama To Sir, With Love, in which she played Babs, a student who learns important lessons about maturity and self-respect from teacher Sidney Poitier. The film became a hit in the U.K. and the U.S., and Lulu's emotional reading of the theme song rose to the top of the American pop charts, where it stayed for five weeks, though in England, Columbia curiously made the song the B-side of her second single for the label, "Let's Pretend." In the U.S., the success of "To Sir, with Love" led to a reissue of the "Shout" single, which was soon competing on the charts with a new Lulu number, "Best of Both Worlds"; the latter was the winner, rising to number 32 on the Billboard Hot 100. In the U.K., "The Boat I Row," "Let's Pretend," and "Love Loves to Love, Love" were all major hits that year. Lulu also made her way into the gossip columns when she enjoyed a short-lived romance with Davy Jones of the Monkees when the American group was touring the U.K., though Lulu described their romance as "very innocent -- nothing untoward happened. It faded almost as soon as it had blossomed."

In 1968, Lulu became the star of her own television series -- which aired under various titles, including Lulu's Back in Town, Happening for Lulu, and It's Lulu, until 1975 -- and scored more hit singles in the U.K. with "Me the Peaceful Heart," "Boy," and "I'm a Tiger." In 1969, she made news when she wed Maurice Gibb of the Bee Gees, though the marriage would only last four years. Lulu also represented England in the Eurovision Song Contest that year, and her song, "Boom Bang-a-Bang," not only won the competition for England but became a major U.K. hit, peaking at number two on the sales charts. Lulu also switched American record labels, striking a U.S. deal with Atco, and her first LP for the label, New Routes, was recorded at the Muscle Shoals Sound Studios, where the town's famous rhythm section was accompanied by Duane Allman on guitar.

In 1970, Lulu teamed with the Bee Gees, Blind Faith, and British stars Spike Milligan and Eleanor Bron for a British TV special, Cucumber Castle, which would go on to become a cult favorite. She also cut another album for Atco, Melody Fair, which spawned her third American hit single, "Oh Me Oh My (I'm a Fool for You, Baby)." In 1974, Lulu was invited to sing the theme song for the James Bond thriller The Man with the Golden Gun, and she recorded a cover of David Bowie's "The Man Who Sold the World," with Bowie producing and playing sax. The single became Lulu's biggest U.K. hit in years, peaking at number three, and years after the fact Lulu would confirm rumors that she and Bowie had a brief love affair. In 1975, Lulu scored a modest hit with the disco-influenced "Take Your Mama for a Ride," and a year later, she married for the second time, to hairdresser John Frieda. The couple had a son before divorcing in 1991.

1981 brought Lulu's last American hit to date, "I Could Never Miss You (More Than I Do)," and she fared little better at home, though she stayed in the public eye with frequent television appearances, concert tours, radio hosting, and starring roles on the legitimate stage, appearing in Andrew Lloyd Webber's Song and Dance and a revival of Guys and Dolls. In the '90s, Lulu bounced back into the British charts with the 1993 album Independence, which boasted four charting singles, including "I'm Back for More" (a duet with soul legend Bobby Womack) and the title cut. Lulu also joined forces with popular boy band Take That for "Relight My Fire," which became a number one U.K. hit; she wrote the song "I Don't Wanna Fight," which became a chart success for Tina Turner that same year. Lulu also became a semi-regular on the comedy series Absolutely Fabulous, made occasional TV appearances with popular comics Dawn French and Jennifer Saunders, and appeared in a 1996 made-for-TV sequel to To Sir, with Love.

In 2000, Lulu's long and distinguished career in the U.K. earned her the honor of being named an Officer of the Order of the British Empire. Two years later, she released Together, an album of duets featuring appearances by Paul McCartney, Elton John, Sting, Cliff Richard, and many more; her performance of "We've Got Tonight" with Ronan Keating was released as a single and topped out at number four in the U.K. The album also reached number four, a career high. In 2002, Lulu published an autobiography titled I Don't Want to Fight, and in 2010, she released her second book, Lulu's Secrets to Looking Good. In April 2015, Lulu took time away from her busy schedule of television and radio work to release a new album, Making Life Rhyme, which also marked her return to Decca Records after nearly 50 years. A year later, she could be seen on the big screen in Absolutely Fabulous: The Movie. Lulu went on to star as Dorothy Brock in a West End revival of 42nd Street in 2018, and she subsequently closed out the decade with a 2019 three-month tour alongside Take That. In 2020, Lulu was one of the onscreen interviewees for the documentary The Bee Gees: How Do You Mend a Broken Heart. ~ Mark Deming & Marcy Donelson, Rovi 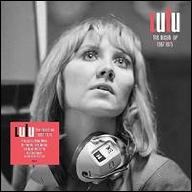 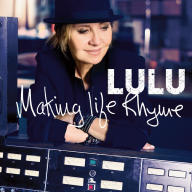 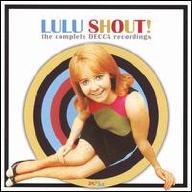 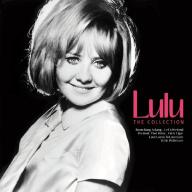 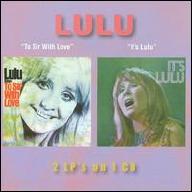 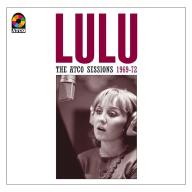 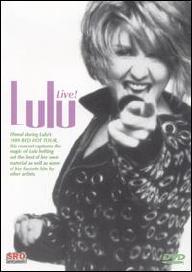 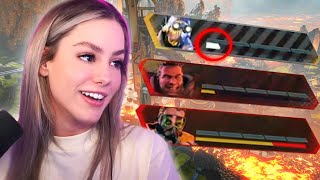 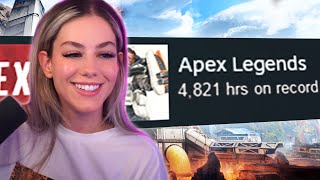 'LULU, HOW DO I BECOME GOOD AT APEX LEGENDS?' 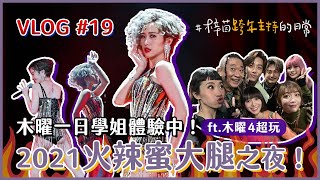 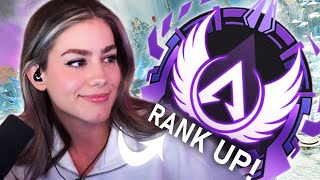 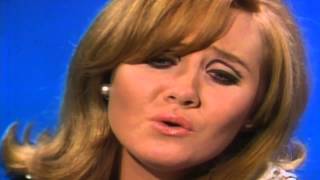