Close
Evan Parker
from Bristol, England
April 5, 1944 (age 77)
Biography
Among Europe's most innovative, intriguing, and truly prolific saxophonists, Britain's Evan Parker offers a playing style distinguished by his wildly creative use of circular breathing, false fingering, tongue slapping, and other radically extended techniques. He can generate furious bursts, screeches, bleats, honks, and spiraling lines and phrases for extremely long periods of time. His later experiments with electronics and with ensembles of all sizes helped to expand the sound field of the horns exponentially. Parker's massive discography contains appearances on more than 900 albums, with more than 200 under his leadership, including work during the 1960s with Music Improvisation Company (that also included guitarist Derek Bailey and bassist Dave Holland). In 1970 his trio outing Topography of the Lungs set off a veritable revolution in European avant music circles. 1976's groundbreaking Saxophone Solos was equally influential. Parker has worked with virtually every major avant figure to emerge from Great Britain and Europe since 1965, as well as prominent Americans including Cecil Taylor and Steve Lacy. In 1997 the Evan Parker Electro-Acoustic Ensemble issued Toward the Margins, the first of five albums for ECM, concluding with 2009's The Moment's Energy. In 2013, Parker and American pianist Matthew Shipp had a live and studio partnership with Rex, Wrecks XXX for Rogue Art, followed by Leonine Aspects in 2021, the same year the saxophonist guested with Natural Information Society on Descension (Out of Our Constrictions).

Parker was born in Bristol in 1944 and began playing saxophone at age 14. He chose the alto due to his deference for the playing of Paul Desmond. By 1960, he was playing both tenor and soprano, following the influence of John Coltrane, who, he later claimed determined "my choice of everything."

In 1970, Parker, with Oxley and Bailey, formed the Incus label. They kicked off an avant music revolution in Europe with Topography of the Lungs, featuring the saxist, guitarist, and drummer Han Bennink. That same year Parker and Bailey, alongside King Crimson drummer/ percussionist Jamie Muir and live electronicist Hugh Davies, released The Music Improvisation Company on ECM, catching the attention of vanguard players the world over. Parker spent the next several years working with Oxley's various groups, composer Basil Kirchin, and the London Jazz Composer's Orchestra, and performing and recording in duos and trios. Parker also joined the cross-European Globe Unity Orchestra for 1973's critically regarded Live at Wuppertal. That same year he appeared with Wheeler's big band on Song for Someone.

In 1975, American soprano saxophonist Steve Lacy enlisted Parker and Bailey for Saxophone Special. He also recruited altoist Steve Potts and tenorist Trevor Watts. It marked the first of several collaborations between the soprano players over the next two decades. By 1976, Parker was well established as one of the new music's bravest practitioners. He issued Saxophone Solos in 1976, showcasing his many extended and innovative techniques, influencing players on both sides of the Atlantic. It is regarded as one of the most important solo saxophone outings of the 20th century. In addition to Globe Unity, Parker also played in Schlippenbach's groups, and gigged with Chris McGregor's Brotherhood of Breath. He recorded duo and trio sessions with John Stevens and Paul Lytton. In 1978, after a string of solo concerts, he recorded Monoceros solo in the studio. He also joined Wheeler for 1979's acclaimed Around 6, and recorded regularly for his newly formed PSI label, delivering albums such as 1980's Six of One, and 1983's Hook, Drift and Shuffle. In 1984, Parker appeared on Scott Walker's comeback album Climate of Hunter. (The singer/songwriter wouldn't enter the studio until Parker agreed.) Two years later, the saxist issued his classic solo soprano saxophone outing, The Snake Decides.

Increasingly prolific, Parker released a bevy of albums over the next several decades, including 1991's solo Process and Reality, 1995's Breaths and Heartbeats, 1997's Toward the Margins, the ECM debut album by the Evan Parker Electro-Acoustic Ensemble. They followed with the widely acclaimed Drawn Inward two years later. Parker, bassist Barre Phillips, and pianist Paul Bley collaborated on 2000's Sankt Gerald Variations for ECM, and the saxophonist also appeared in an improvising quartet with Cecil Taylor, Oxley, and Barry Guy on FMP, and in a duo with AMM guitarist Keith Rowe on Dark Rags. The following year, Parker issued the triple-length Strings with Evan Parker on Emanem. He also appeared with British electronic duo Spring Heel Jack on Masses. In 2003, the seminal Alder Brook by Evan Parker and September Winds appeared from Leo Records.

Parker released Time Lapse, his debut for John Zorn’s Tzadik label in 2006, along with Crossing the River on his own PSI. 2007 was equally prolific, with three albums on three different labels including A Glancing Blow on Cleanfeed. Further, Parker collaborated with Roscoe Mitchell on Composition/Improvisation Nos. 1, 2 3 issued by ECM, and recorded his first collaboration with American pianist Matthew Shipp on Abbey Road Duos.

Parker made his debut for the Smalltown Superjazz label with Brewery Tap in 2009, as well as releasing A Moment’s Energy, the fifth and final Electro-Acoustic Ensemble date on ECM. He also released his sophomore Tzadik outing House Full of Floors; the trio recording included John Edwards on bass, and John Russell on acoustic guitar. They enlisted Aleks Kolkowski on a couple of tracks; he utilized a wax cylinder recorder and played the saw. The saxophonist also appeared on David Sylvian's Manafon.

Among the many albums that featured Parker's name as a leader or co-leader in 2010, Two Chapters and an Epilogue, with pianist John Tilbury, was especially noteworthy, as were Twine with saxophonist Urs Leimgruber, and Scenes in the House of Music with Barry Guy, Lytton, and Peter Evans. In 2011, he appeared as part of a quartet with Mark Nauseef, Ikue Mori, and Bill Laswell on Near Nadir for Tzadik and in duo with Misha Mengelberg on It Won't Be Called Broken Chair. Meetings with Remarkable Saxophonists, Vol. 1, with John Edwards and Eddie Prévost, was released on Matchless in the spring of 2012, followed by two Psi recordings: Hasselt by the Evan Parker Electro-Acoustic Ensemble, and a reissue of The Topography of the Lungs.

In 2013, Parker and Shipp released the half-live/half-studio effort, Rex, Wrecks XXX, with France's Rogue Art label. The saxist also released the concert recording Live at Maya Recordings Festival in a trio with Guy and Lytton on Lithuania's NoBusiness label, followed by What/If/They Both Could Fly, a duo album with Joe McPhee for Rune Grammophon. Parker joined Otomo Yoshihide, Sachiko M, John Edwards, Tony Marsh, and John Butcher for 2014's Quintet/Sextet/Duos, and issued Either or And with Sylvie Courvoisier. Parker teamed with Americans Joe Morris and Nate Wooley for Ninth Square. 2015's Hello, I Must Be Going was cut in association with Fred Frith, and Title Goes Here with AMM, while Filu 'E Ferru was issued by the Sant'Anna Arresi Quintet by Evan Parker. 2016's Miller's Tale was recorded by a quartet that included Courvoisier, Mark Feldman, and Ikue Mori.

In 2017 Parker released Sounding Tears with pianist Lucian Ban and violist Mat Maneri; and joined saxophonist Binker Golding and drummer Moses Boyd on their widely celebrated double-length offering Journey to the Mountain of Forever. In 2018, the saxophonist played with old friend Dave Holland for his cross-generational quartet project Uncharted Territories, which also included Craig Taborn and Ches Smith. That year Parker also re-teamed with longtime collaborators Barry Guy and Paul Lytton on Music for David Mossman: Live at Vortex London. He and Prévost issued Tools of Imagination, while Parker and recent collaborator Joe Morris released The Village. After Concert in Vilnius with Guy and Lytton in 2019, Parker issued Chiasm on Clean Feed leading Eastern European improv trio Kinetics, and joined dark ambient and electronics producer Daona on The Secret Assembly. The year closed with a pair of digital collaborations with Dublin-based pianist Paul G. Smyth: The Dogs of Nile EP and the full-length Calenture and Light.

Parker kicked off 2020 with Collective Calls with Lytton and appeared alongside tenor saxophonists Ingrid Laubrock and Louise Elliott on Crass founder Penny Rimbaud's Arthur Rimbaud in Verdun. QW3 consisted of unreleased improvisations from Holland's 2018 Uncharted Territories recording project. In 2021, Parker issued his own quartet project All Knavery and Collusion, with Edwards, Lytton, and pianist Alexander Hawkins, and was a featured soloist on the latter's Togetherness Music (For Sixteen Musicians). Other releases included Leonine Aspects with Shipp on Rouge Art, an archival performance of the Evan Parker Electro-Acoustic Ensemble entitled Warszawa 2019, and his guest collaboration with Josh Abrams' Natural Information Society on Descension (Out of Our Constrictions) on Eremite. ~ Ron Wynn & Thom Jurek, Rovi 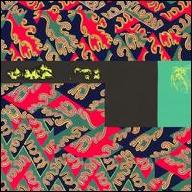 descension [Out of Our Constrictions]
2021 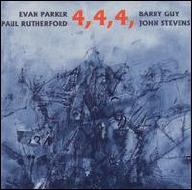 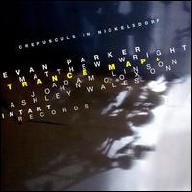 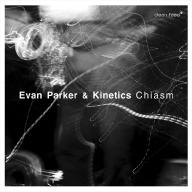 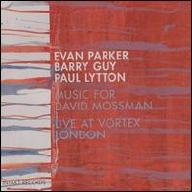 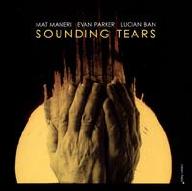 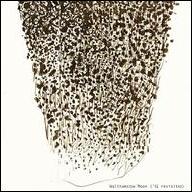 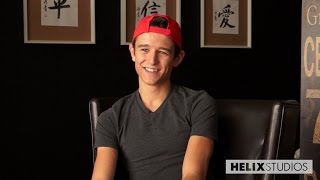 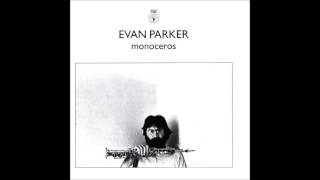 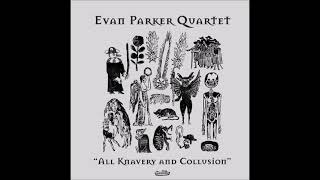 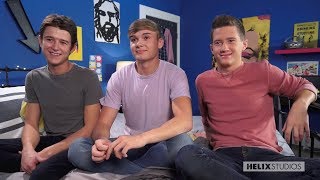 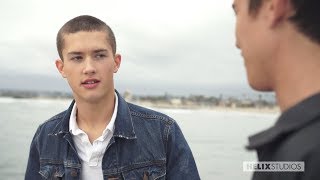 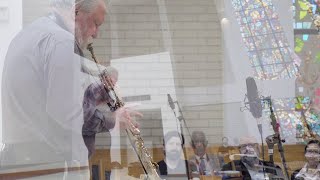 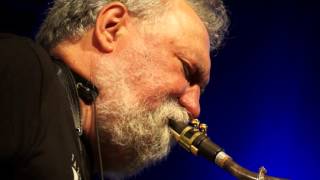