Close
Alvino Rey
from Oakland, CA
July 1, 1911 - February 24, 2004 (age 92)
Biography
The self-styled "King of the Guitar," swing-era bandleader Alvino Rey pioneered an otherworldly pedal steel sound that later formed the foundation of the space age pop aesthetic. Born Alvin McBurney in Oakland, California, on July 1, 1911, a decade later he and his family relocated to Cleveland, Ohio, where as a teen he received a banjo as a birthday gift. He made his professional debut in 1927 as a member of Ev Jones' band, and a year later signed on with the Phil Spitalny Orchestra. Eventually switching over to guitar, he adopted the name Alvino Rey in 1929 while performing in New York City, where Latin music was then at its peak; stints backing Russ Morgan and Freddy Martin followed, and by the mid-'30s he was in San Francisco playing with Horace Heidt.

With Heidt, Rey became a star upon adopting the pedal steel; a pioneering force behind the popularity of the amplified guitar, in early 1935 he was even recruited by the Gibson guitar manufacturing company to develop a prototype pickup. Later modifying his instrument to rechristen it the console guitar, Rey's innovative chord structures and distinctive sound earned him a major fan following, and in 1939 he formed his own band. He and his group (which included the vocal group Four King Sisters, one of whom -- Luise King -- became Rey's wife in 1937) were soon enlisted to serve as the staff orchestra at the Mutual Broadcasting radio network, in early 1942 scoring a major hit with their reading of Deep in the Heart of Texas.

That same year, Rey dramatically altered the band's makeup to bring in an enormous brass section, with no less than six saxophones. The group's lineup was extraordinary -- members included the likes of Ray Conniff, Neal Hefti, Billy May, Al Cohn, and Zoot Sims -- but the 1943 musicians' union's recording ban brought about their swift demise, and within months, Rey was out of music altogether, accepting a mechanic job with Lockheed Aircraft. In 1944 he joined the U.S. Navy, where he was assigned to develop radar systems; after his military stint he formed a new band, signing to Capitol and notching a handful of minor hits including Cement Mixer. After this band broke up in 1950, Rey toured with a series of smaller combos, frequently appearing with his brother-in-law, Buddy Cole.

Rey also became one of the most influential and distinctive session men of the exotica era, lending his guitar to sessions from Esquivel, George Cates, and countless others; he also teamed with Jack Constanzo and other session aces in the Martin Denny-inspired group the Surfmen. In the mid-'60s, Rey joined the ever-expanding King Family group on a television variety show, which enjoyed a healthy run of five seasons, concurrently producing a series of LPs featuring the program's cast. Amazingly, he also continued performing well into his eighties, leading a band that played Disneyland each year from the theme park's opening onward. The swing and exotica stalwart passed away February 24, 2004 at his Salt Lake City, Utah home. ~ Jason Ankeny, Rovi 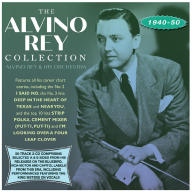 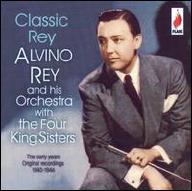 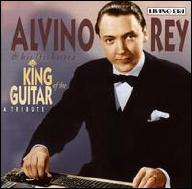 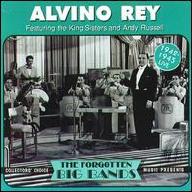 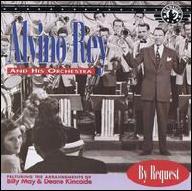 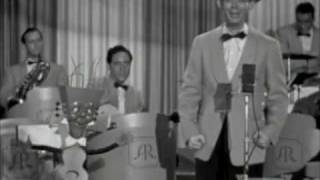 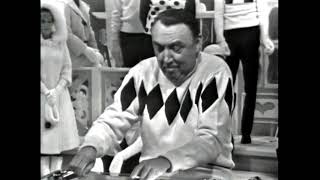 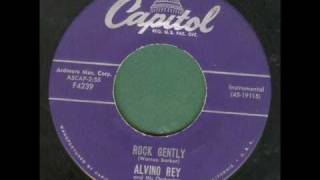 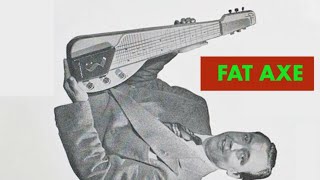 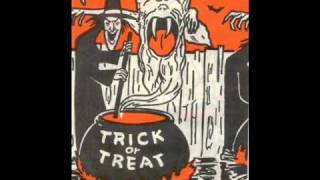 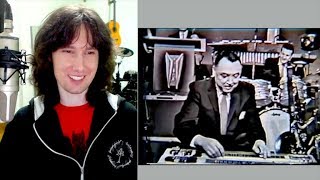 British guitarist reacts to Alvino Rey and the HISTORY of Guitars TALKING! 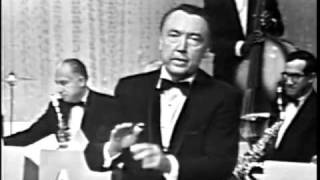