Close
The Paramounts
from Southend, England
formed January 1, 1960 - January 1, 1965 (age 5)
Biography
The Paramounts are practically the embodiment of the up-and-down nature of the music business. Once hailed by the Rolling Stones as "the best RB group in England," they toiled for years with only the most modest chart success, and that on their first single. They then disbanded, presumably to be forgotten; they would have been, had it not been for the subsequent success of band members in the psychedelic-cum-progressive rock band Procol Harum.

The origins of the Paramounts go back to a band contest at the Palace Hotel Dancehall in Southend. The organizer thought to get the best members of the competing groups together in a single band. He ended up managing a lineup of Gary Brooker on piano, then 14 years old, Robin Trower on guitar, Chris Copping on bass, Bob Scott as singer, and Mick Brownlee on drums. It turned out that, except for Scott, who was into Elvis Presley and Ricky Nelson, they were all huge RB fans, which was reflected in their early repertory that was heavy on the songs of Carl Perkins, Chuck Berry, and Fats Domino. Ray Charles was another favorite of the bandmembers. Scott didn't last long with the group and when he failed to turn up for a gig one day, Brooker found himself pressed into service as a singer, which remained a quartet from then on.

In 1961, the Paramounts began playing the basement of a café owned by Trower's father, christening it the Shades and acquiring an audience of young mods, RB enthusiasts all. They honed their sound during this period and became one of the better working bands of the time as their lineup evolved. By late 1962, Copping had left the band to attend college and was succeeded on bass by Diz Derrick; drummer Brownlee also exited the lineup, to be replaced by B.J. Wilson. By mid-1963, they were one of the more advanced RB outfits in London, having abandoned Chuck Berry in favor of James Brown and Bobby Bland. The group felt they were ready to turn professional and their manager had them record a demo tape that included versions of the Coasters' Poison Ivy and Bland's Farther on up the Road. They were signed to Parlophone Records in late 1963 and made their debut with Poison Ivy, recorded under the auspices of producer Ron Richards. The single skirted the lower reaches of the sales listings with help from appearances on the television shows #Ready! Steady! Go! and #Thank Your Lucky Stars.

It was after appearing on the latter program with the Rolling Stones that the Paramounts received the aforementioned endorsement. The group was never able to capitalize on the publicity, however. A second single, Bad Blood, failed to hit, and a third single, I'm the One Who Loves You, was primarily notable for its B-side, It Won't Be Long, which was the first track ever written by the group members. A Brooker/Trower composition, it didn't attract much attention, but it did open a new phase in Brooker's career as a composer. Despite their reputation as an RB band, they somehow ended up doing records that went far afield from RB in style, including the string-laden Blue Ribbons, which didn't even sound like the group. According to Gary Brooker, their most representative recording was a B-side, Don't Ya Like My Love, written by him and Trower. None of the group's releases after their first sold well enough to make the charts and in late 1966, the Paramounts broke up. Derrick left the music business, while Trower and Wilson joined other bands.

Brooker, however, began writing songs with lyricist Keith Reid. In 1967, they arranged to cut a song that they'd written, called A Whiter Shade of Pale, which was recorded by a studio band credited as Procol Harum. When it became a hit, not only were new recordings needed, but there were demands for a tour. In the course of putting together a real live Procol Harum, Brooker rejoined Trower and Wilson, with Matthew Fisher on the organ and David Knights on bass. Two years later, Fisher and Knights were gone and Chris Copping was back with his former Paramounts bandmates in Procol Harum.

Often mentioned in the histories of Procol Harum, the Paramounts weren't much more than a footnote on '60s British rock in terms of their sales. In 1983, Edsel Records released a compilation album (Whiter Shades of RB) of the band's singles, which subsequently appeared on CD. In 1998, EMI transferred all 22 known surviving Paramounts tracks on one CD, in 24-bit digital sound as part of its 100th anniversary reissue series (Abbey Road Decade 1963-1970). It was augmented with six tracks cut in 1970 as part of a series of demo recording sessions by the Brooker-Trower-Wilson-Copping lineup of Procol Harum that was working under the pseudonym Liquorice John Death the All-Stars and playing like the Paramounts. ~ Bruce Eder, Rovi 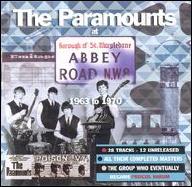 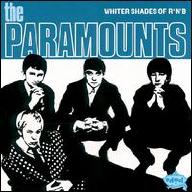 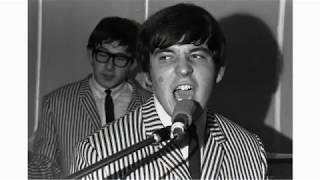 The Paramounts - Baby I'm Yours 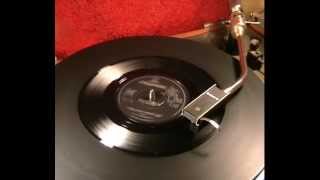 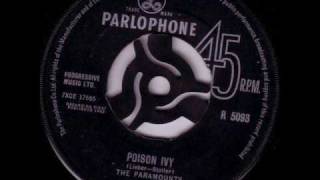 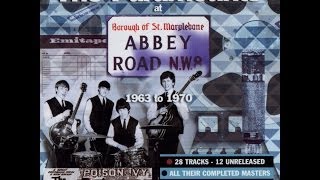 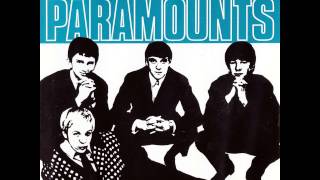 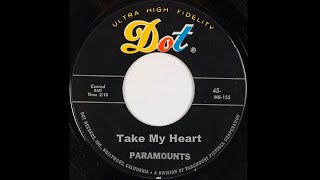 The Paramounts - Take My Heart