Close
The Outlaws
formed January 1, 1960 - January 1, 1965 (age 5)
Biography
The Outlaws -- not to be confused with the American country act of the same name -- were one of a wave of instrumental groups that came along in British pop/rock music during the late 1950's and early 1960's. At the time, Cliff Richard's backing band the Shadows, were selling hundreds of thousands of records on their own, separate from the singer, and enjoying the kind of star status that guitarists of just a generation earlier could only have dreamt about. The Outlaws were distinguished by the unique sound of their records, courtesy of producer Joe Meek, and the presence of three top-flight players, one near-legend (Bobby Graham), and one future guitar god, Ritchie Blackmore, in their ranks. The group's roots go back to a North London band called Billy Gray the Stormers, and a summer 1960 engagement at the renowned Yorkshire holiday camp Butlins. Billy Gray (real name Billy Halsey) was the singer, and the rest of the lineup included Billy Kuy on lead guitar, Reg Hawkins on rhythm guitar, Chas Hodges on bass, and, taking over the vacant drummer's spot, Bobby Graham. At the end of that summer, the group disbanded -- no one minded, coming off of a season of fun, women, and booze, and decent pay to boot; most bands at their level never had that much to show for their work.

Enter Joe Meek, who was establishing himself at the time as an independent producer after working for years as a recording engineer -- he had just signed a singer named Kenny Lord, who needed a backing band; and Lord's manager was one Peter Raymond, who also just happened to have managed the lately disbanded Stormers. He was able to persuade Kuy, Hawkins, Hodges, and Graham to reunite, and they duly impressed Meek, who renamed them the Outlaws and rechristened Kenny Lord as Mike Berry. They began recording together in November 1960, and it was through Berry's singles, principally Tribute to Buddy Holly, that the Outlaws achieved their greatest visibility; as Meek's house band, they also backed his other major vocal discovery, John Leyton. In pure musical terms, however, it was their own recordings, beginning in March of 1961 with Swing Low, a country-influenced adaptation of the gospel tune Swing Low, Sweet Chariot, that carved their place in music history. With their twangy lead guitar, emphatic rhythm guitar, and a very prominent electric bass, plus a killer beat, all of it awash in tons of echo, their records were bracing, melodic in a slightly off-kilter way, but also exciting and highly virtuistic. offered a catchy sound that managed to be both pleasant and bracing, and showed tremendous virtuosity; and with Meek's unique recording techniques, the Outlaws also sounded three times larger-than-life, and a lot bolder than the Shadows. A string of western-themed singles followed into the end of the year, and then an LP based on the same theme, Dream of the West. Perhaps the only thing holding them back was Meek's occasional over-reliance on non-musical effects -- a perfectly good Pipeline-like single like Ambush ended with the sounds of gunshots and horses whinnying, recalling (in a negative way) the music of Meek's best-known and most successful instrumental outfit, the Tornados. Still, beautiful, driving instrumentals like Indian Brave, Valley of the Sioux, and Crazy Drums did make it out intact, and the group quickly developed a following among other music professionals, even if their chart action was usually modest at best.

The group's original lineup, apart from Hodges, only lasted a short time -- although Meek was a gifted producer and engineer, he was a difficult man to work for, driven more by instinct and inspiration than measured professionalism, and he tended to work in furious spurts of activity, with long down-times between projects; additionally, he was obsessed with mysticism and the occult, and this was disquieting to musicians like Graham and Kuy, who had their feet firmly planted on the ground and didn't go in for consulting Ouija boards or other paranormal conduits. Graham left over those issues and Meek's decision to deny him co-author credit on Crazy Drums -- he jumped to Joe Brown's group the Bruvvers and by 1964, he was the top session drummer in England, playing on records by the Kinks, Lulu, Them, and other stars of the day, and later became a producer. In the wake of their lineup shifts, the group's sound was altered -- the later lineup of the Outlaws included Roger Mingay (guitar), Ken Lundgren (rhythm guitar), and Don Groom (drums), and the records that came out of that period, Sioux Serenade and Fort Knox, sounded more like the work of the Shadows than anything else ever credited to the Outlaws -- clean, dignified pieces with tasteful orchestral overdubs and a nod or two to Shadows' hits like Apache. All of that changed in 1963 with the arrival of lead guitarist Ritchie Blackmore in the lineup, in tandem with drummer Mick Underwood -- both were from Screaming Lord Sutch's group the Savages. It was this lineup of the group that became fully established on stage in 1963-64 -- they also made one film appearance, in the above-average juke-box drama #Live It Up (1963), starring a young David Hemmings and featuring Steve Marriott. The first single by the new lineup, The Return of the Outlaws, was a rewrite of the Tornados' Meek-produced hit Telstar, with a similar melody, the same beat, a nearly identical opening, and a dazzling performance by Blackmore. The other early sides by this version of the group followed all of the established rules, Blackmore and company pushing the envelope with what they did to the country-ish sound that Meek worked from -- but Texan Spiritual had a break for solo bass and practically used the guitars like weapons, despite its pretty melody; and they even tried a vocal release, That Set the Wild West Free, which failed to chart and -- except for Blackmore's solo -- lacked the focus of their other work. But it was that lineup's final single, Keep A Knockin', that gave the world a real look at what the band could do and also (a bit prematurely) where Blackmore's future lay -- as a pounding, high-energy rocker with the lead guitar's amp seemingly turned up to "12," Keep A Knockin' became an iconic single, with a note-bending, overload-laced break that was described by pop music scholar/icon John Peel as the birth cry of heavy metal, according to historian Rob Bradford. The B-side, Shake With Me, was just as good, a thumping dance number with shouted proto-punk vocals, all embellished with Blackmore's jagged lead flourishes and a piercing, angular solo that must've sounded completely twisted to listeners in 1964.

A high note like that was impossible to outdo, especially within the context of the Outlaws, and Blackmore didn't try. He was gone by the end of the year -- it was obvious to all concerned that the days for instrumental groups of that type (apart from the Shadows, whose following had reached that impossible-to-quantify popular self-sustaining "critical mass" that allowed them to keep working profitably) had passed by 1964, two years into the Merseybeat boom. He was replaced by future Hot Chocolate guitarist Harvey Hinsley, and the group soldiered on into 1965, disbanding soon after they parted company with the increasingly erratic Joe Meek. His fate was far darker than theirs, as his mental condition deteriorated, culminating with his death in a murder/suicide incident. Hodges joined Cliff Bennett's group the Rebel Rousers, followed by Heads Hands Feet and Chas Dave, while Mike Underwood went on to gigs with the Herd, Quatermass, and Strapps.

Blackmore's move, into ex-Searcher Chris Curtis's stillborn band Roundabout, and the resulting formation of Deep Purple, led to Blackmore's becoming one of the most lionized (if not respected) guitarists of the late 1960's, and helped keep the Outlaws from vanishing into the confusing mass of Joe Meek's history. Blackmore never attracted the kind of hagiographical digging that Eric Clapton elicited, but the Outlaws' recordings loomed in his legend roughly where the Yardbirds' early sides did in Clapton's reputation. In 1990, in response to the interest, See For Miles Records released Ride Again: The Singles, an 18-song CD compilation of their singles. ~ Bruce Eder, Rovi 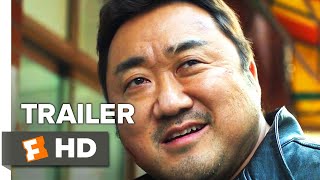 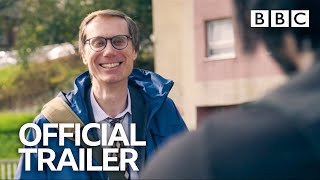 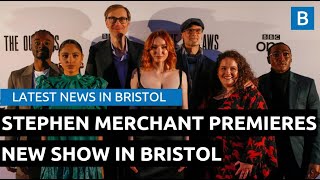 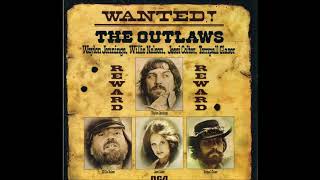 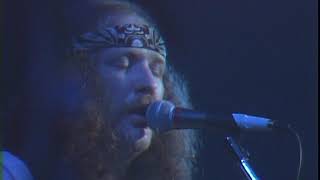 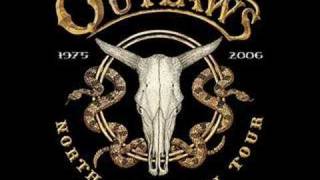 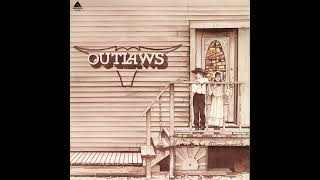